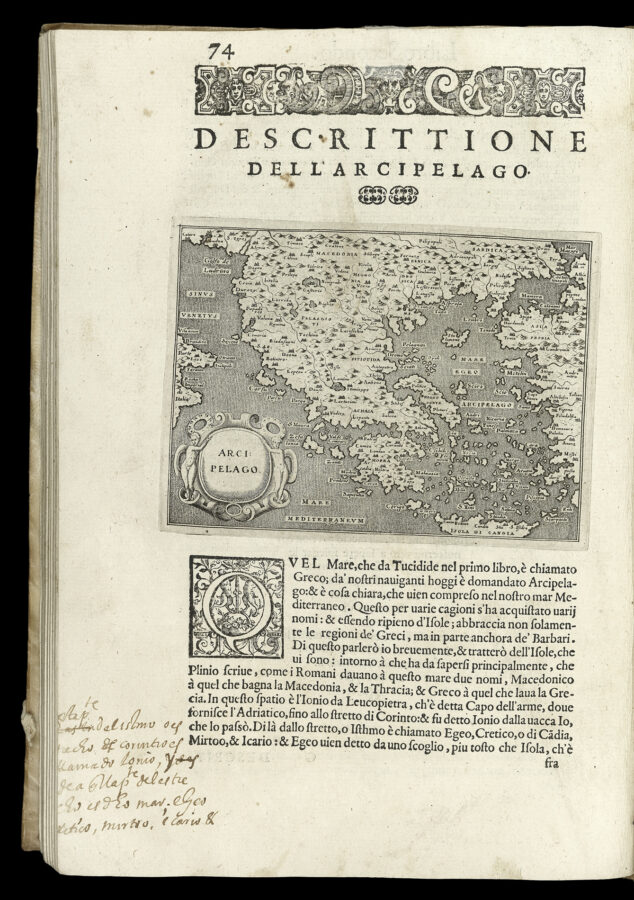 A detailed map of the islands in the Greek archipelago.