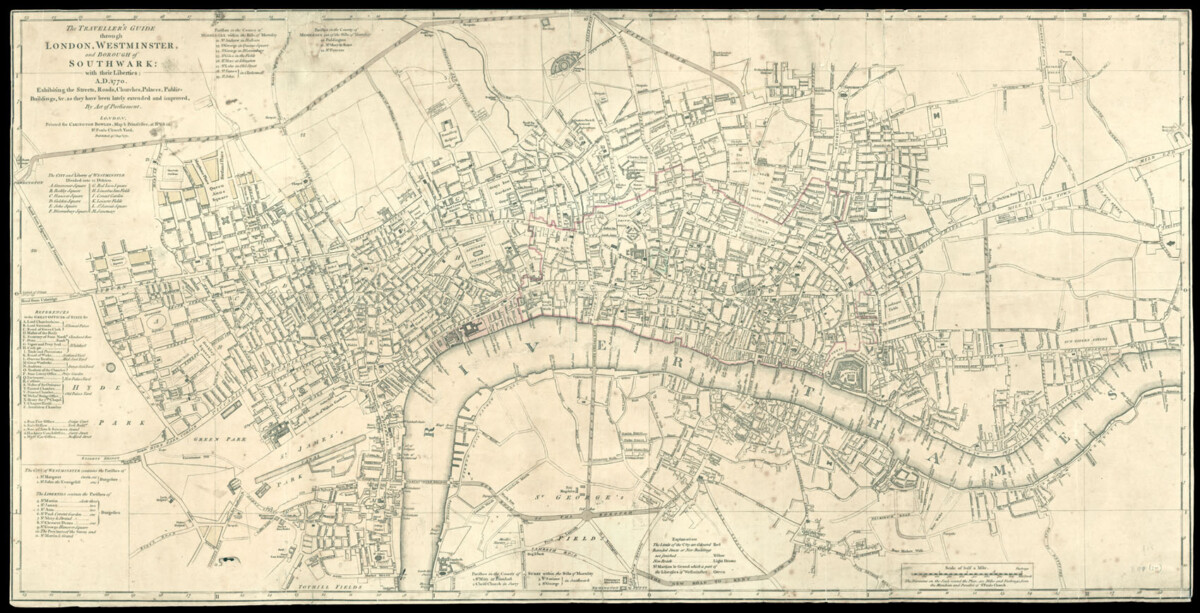 The Great Offices of State and The Savoy

The Traveller’s Guide through London, Westminster, and Borough of Southwark; with their Liberties: Exhibiting the Streets, Roads, Churches, Palaces, Public Buildings, &c., as they have been lately extended and improved, By Act of Parliament.

The plan has numerous tables, which contain information on the Great Offices of State, such as the master of the horse and the Board of Green Cloth; the Chief Magistrates of Westminster; and most interestingly the Parishes in Surrey and Middlesex which were in and outside the boundaries of the Bills of Mortality. The Bills of Mortality were set up at the end of the sixteenth century, in response to an outbreak of the plague. They initially recorded the number of deaths upon a weekly basis, however, by the time of the publication of the map the bills included baptisms, cause of death and age of the deceased. The plan also shows the newly built Westminster and Blackfriars Bridges, together with the new roads. The Savoy is marked (later the site of the hotel) as belonging to the Duchy of Lancaster. The Duchy then, as now, is used to provide income for the British monarch.

The plan bears a striking similarity to Thomas Jefferys’ ​‘A New Plan of the City and Liberty of Westminster…’.