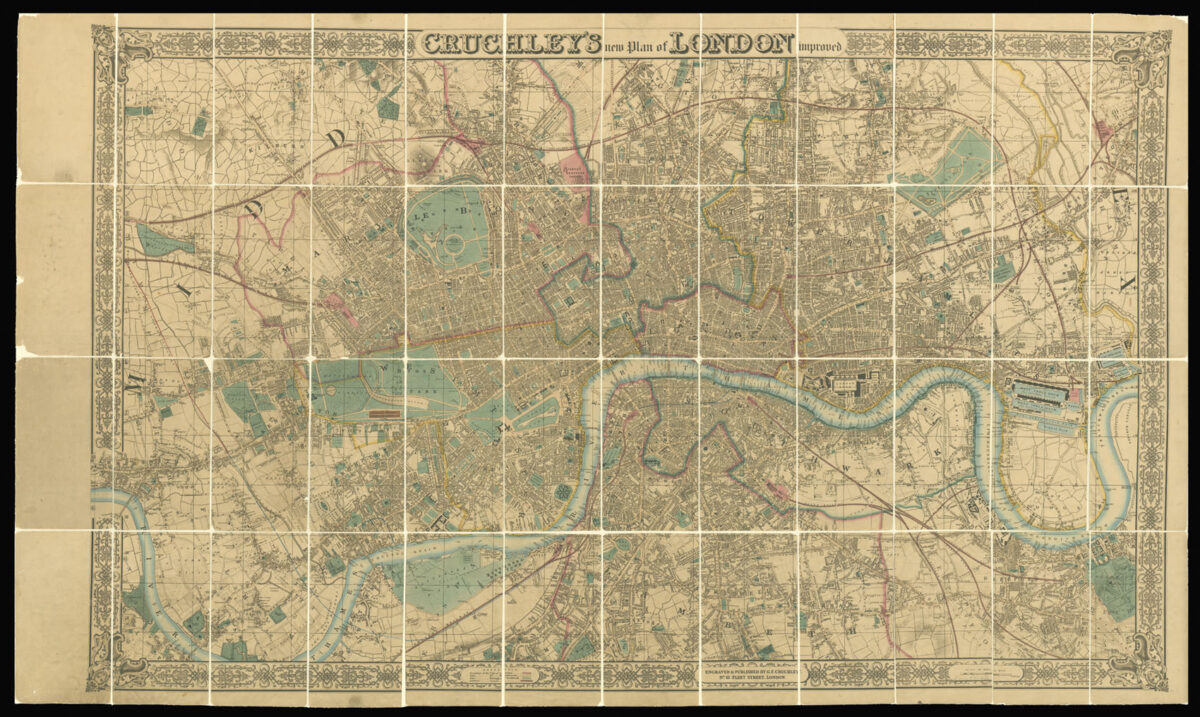 George Frederick Cruchley (1796–1880) was a publisher of ​“some of the clearest and most attractive London maps” (Howgego). The present map, published on a scale of almost five inches to the mile, was first issued in 1826, with Cruchley re-issuing it several times for the following 20 years, each time updating it with the latest additions.