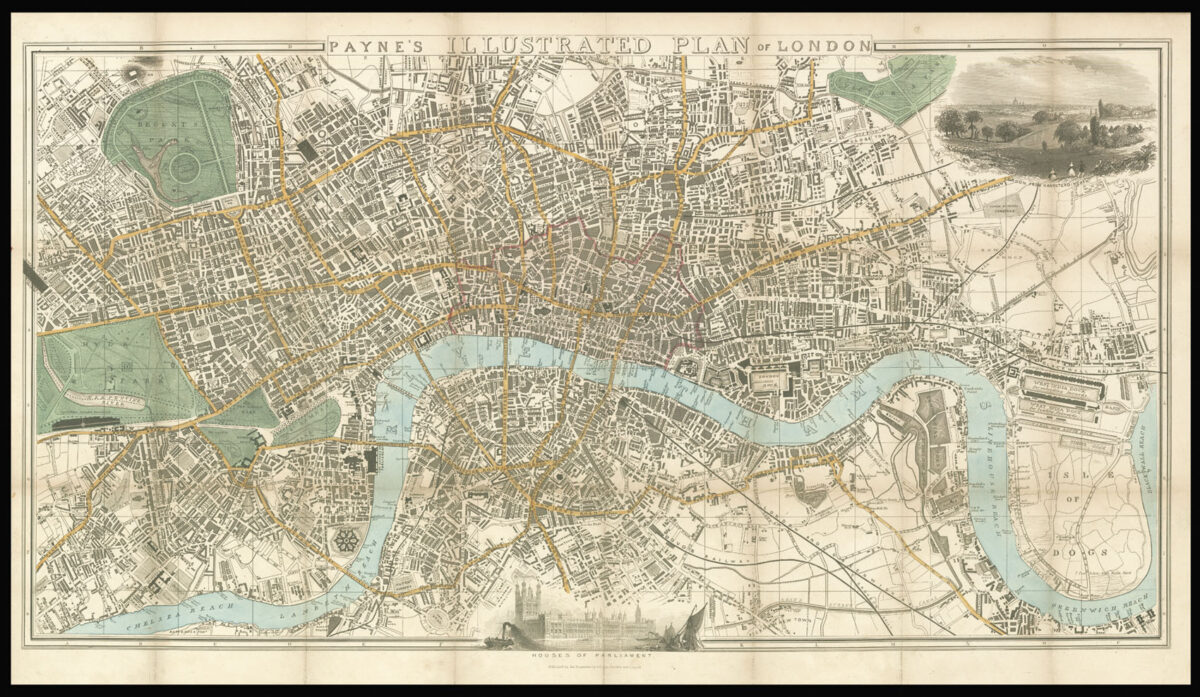 An attractive map and guide to London produced for visitors during the Great Exhibition.

The plan shows the Crystal Palace, which occupies a large part of the southern portion of Hyde Park. Railways and are clearly marked in black with main roads coloured yellow, open spaces in green, and the City of London outlined in red. Below the plan is a view of the newly reconstructed Palace of Westminster. The guide lists the sights and amusements to be seen in London and its vicinity. These include Chelsea Hospital and Gardens; Buckingham Palace; Royal Botanic Gardens at Kew; and the Tower of London.