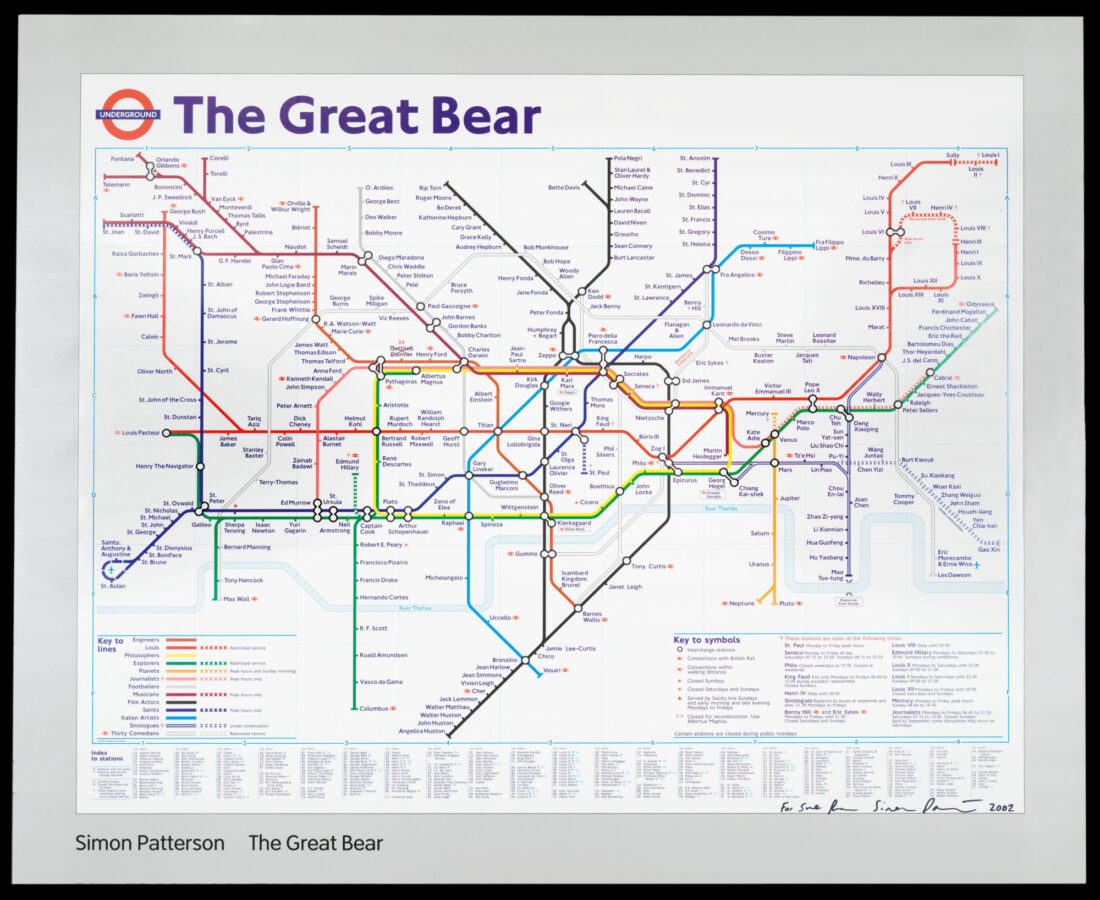 A unique example of ​‘The Great Bear’ produced by the artist to assist the Directors of the London Transport Museum in deciding what size to reproduce the image as a poster to go on sale in the LTM shop.

Patterson’s ​‘The Great Bear’ has become an iconic pseudo-intellectual interpretation of the London Underground, expressing the zeitgeist of Brit-Pop: ​“There is no code to be cracked in any of my work. Meanings may not be obvious, you may not get a joke, but nothing is really cryptic — I’m not interested in mystification. I like disrupting something people take as read. I am not simply pulling the rug out from people. I am not nihilistic. What interests me is juxtaposing different paths of knowledge to form more than the sum of their parts” (Greenberg).

Accompanied an early example of Patterson’s work in progress, recording alternative station names than those that ultimately appear in the final version.

The previous owner was creative director at the London Transport between 1986 and 1995 and was instrumental in granting copyright permission to Simon Patterson to produce The Great Bear. He received the present map as a gift from the artist.