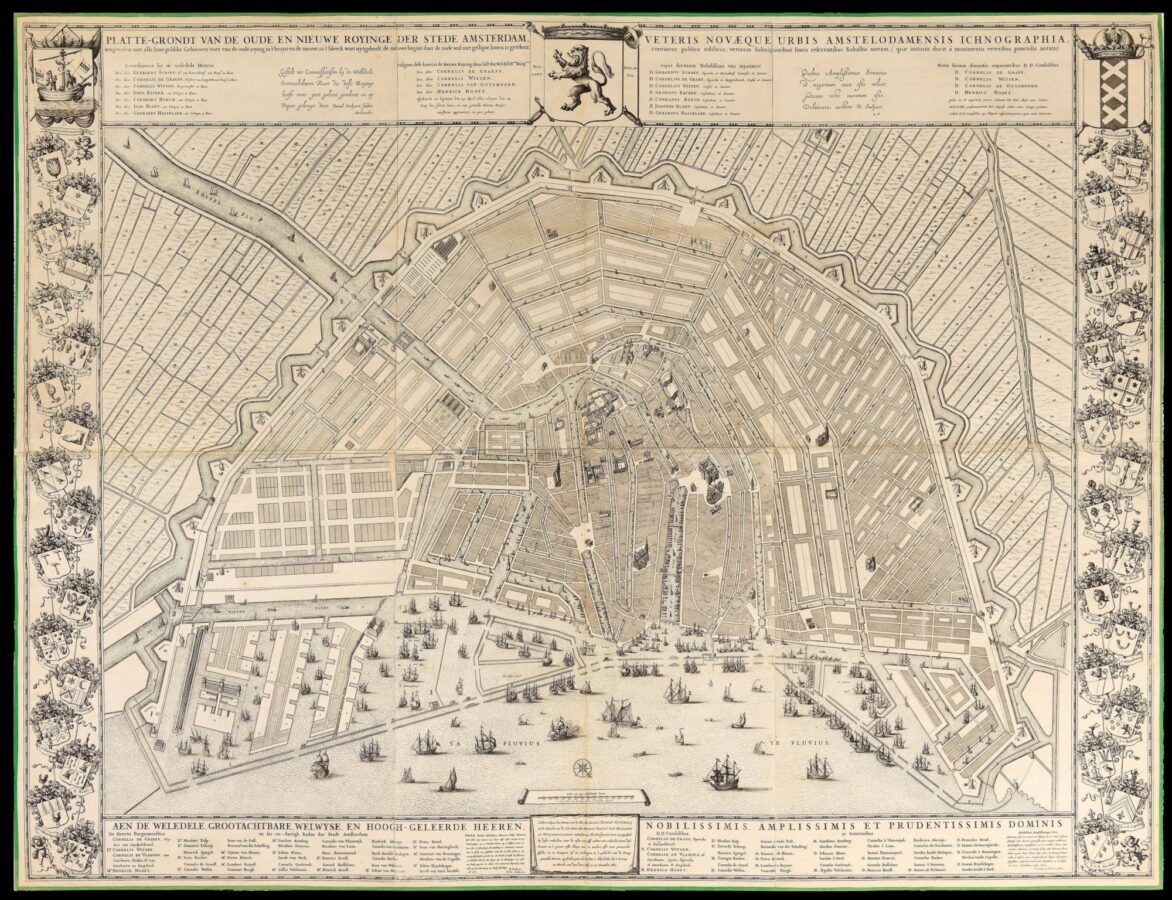 The Golden Age of the Dutch Republic

Rare wall map of Amsterdam by the States’ architect Daniel Stalpaert (1615–1676), flanked by the arms of the city and the principal families, commissioned by the city, under the guidance of a committee that included Johannes Blaeu, with a list of dedicatees, the city councillors, along the lower border.

The plan shows Amsterdam at the height of her powers, with the great Three Canals Project nearing completion. The Project, which was begun in 1610, was brought about by the rapid growth in the city’s population. The population had doubled between 1567 and 1610 to 50,000, and would by 1660 have quadrupled to 200,000. In order to cope with the ballooning population, the city council implemented the construction of three great semicircular canals, the erection of buildings on pilings, sanitary arrangements for each house, a network of drains and sewers, and the construction of merchants’ houses with storage facilities on the upper floors and warehouses near the mouth of the Amstel. The council expropriated the land, dug the canals, and laid out lots for sale to private individuals for housing, thus allowing some of the cost of construction to be recouped. At the end of the project Amsterdam had expanded from 450 to 1,800 acres.