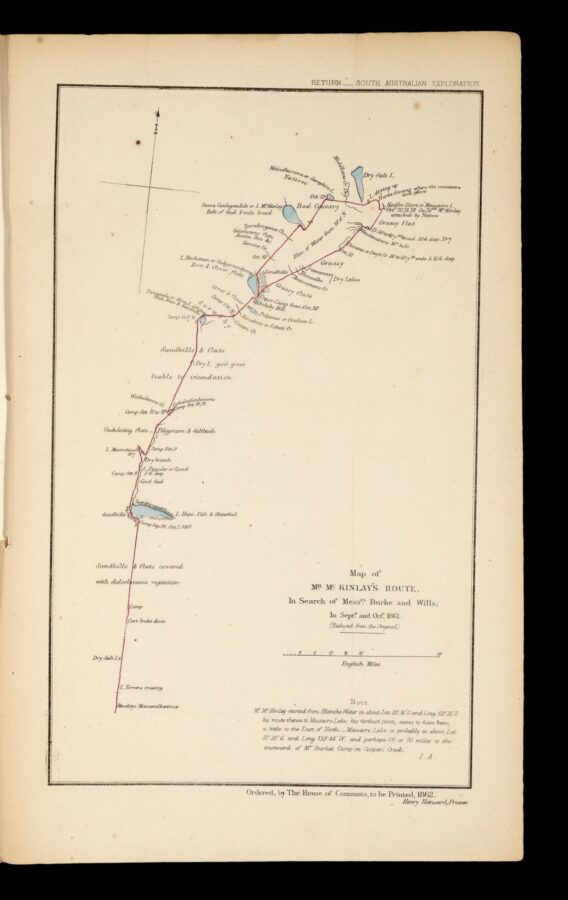 The censorious official report, issued as part of the royal commission, into the disappearance of legendary Australian explorers Burke and Wills: a tragic tale of hubris and mischance of epic proportions emblazoned into the heart of every Australian.

The signal intent of the expedition, commissioned by the state of Victoria’s worthies on a whim, in the spirit of sporting endeavor rather than scientific exploration, was to compete with the ambitions of South Australian explorer John McDouall Stuart, to be the first to traverse the Australian continent from South to North. The choice of local policeman, Robert O’Hara Burke (1821–1861), as totally inexperienced leader, was: ​“inexplicable if exploration were the real object, but excellent if it were exploit. Burke was a death or glory man and he achieved both” (Fitzpatrick).

Burke and Wills did, technically, achieve their goal, but at a terrible cost: with an expenditure of more than £60,000, the lives of seven explorers, and an unknown number of indigenous people.
Outfitted with ​“over two dozen [camels], both riding and pack animals, imported complete with cameleers. There were horses and wagons, abundant food for two years and lavish equipment, including 6 tons of firewood, 57 buckets and 45 yards of green gossamer for veils. The party consisted of three officers: Burke, Landells the camel-master, and William John Wills surveyor and meteorologist; two German scientific officers, Ludwig Becker naturalist and Herman Beckler medical officer and botanist; a foreman and nine assistants and the camel-drivers. The expedition left Melbourne on 20 August 1860 and made a stately progress through the settled districts to Swan Hill and Balranald and reached Menindee on the Darling at the beginning of October.

The march to the gulf was made in extraordinarily favourable conditions, after a season of heavy rain. Charles Sturt’s Stony Desert was like a garden, full of lily ponds, and Burke’s expedition, in this also unique, was never short of water and was able to travel in an almost straight line to its objective, without losing time searching for water. Even so it took four months to do the 1500 miles. They walked from 5 a.m. to 5 p.m. with only a single day of rest in the whole period, and were half-starving in the fourth month” (Kathleen Fitzpatrick).

The real hero of the hour was John McKinlay, who led the relief mission. Unlike Burke and Wills, he mapped his route and made useful discoveries. His party was the second to cross the continent from south to north and, like Stuart, he never lost any of his men. 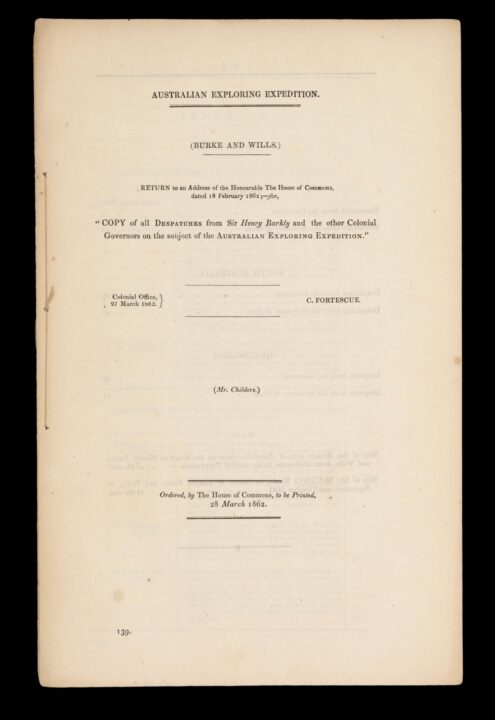 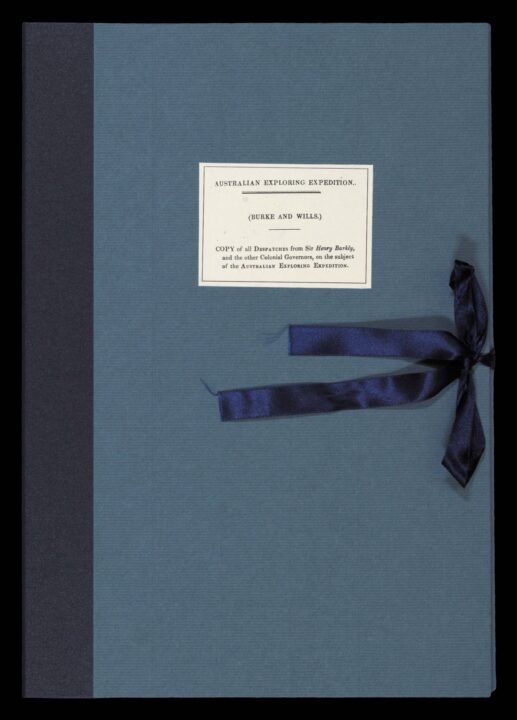