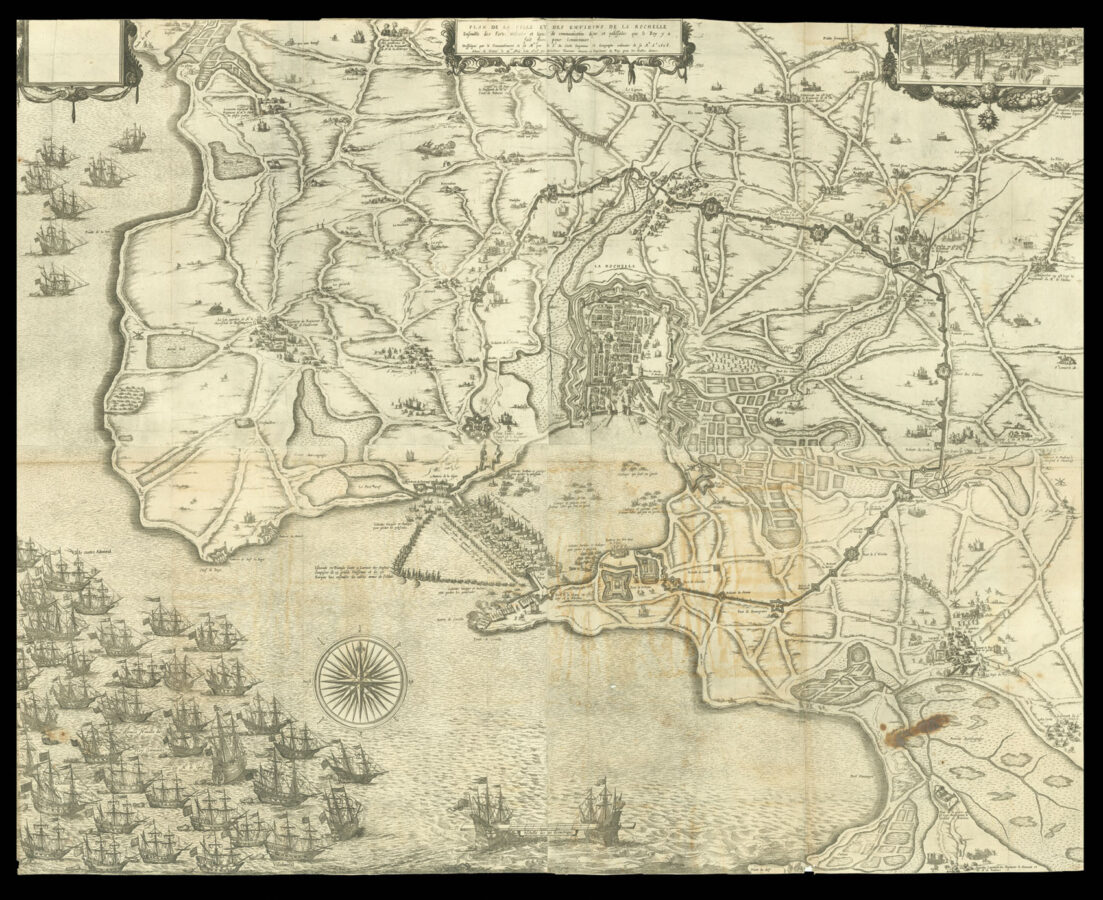 The French blockade at La Rochelle

A birds-eye plan of the siege, taken from an imaginary viewpoint above Fort de Bonnegraine, focusing on the naval events. The harbour mouth is blocked by a line of French ships and a barrier, to keep the English out, while the French fleet is depicted in the lower left corner, threatening the English rear.