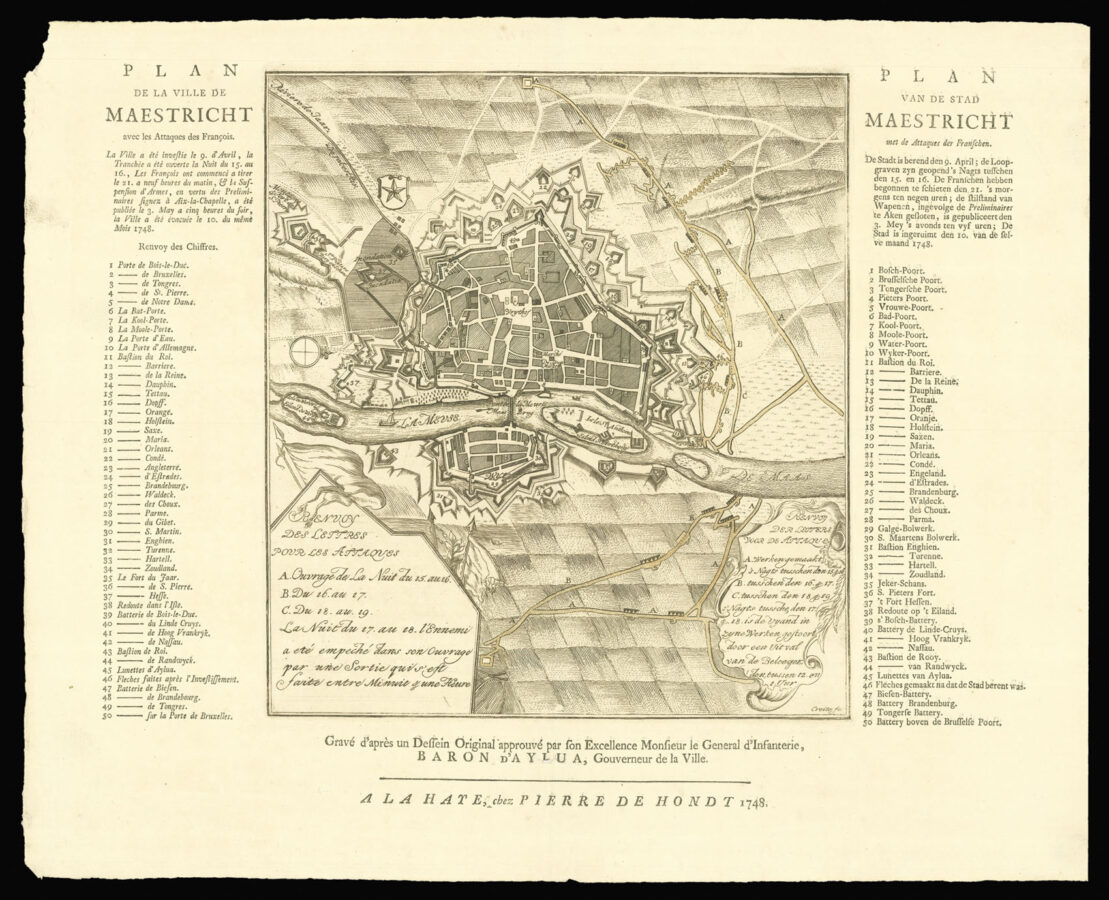 The plan was engraved after an original drawing that was approved by the General of the Infantry Baron van Aylua, governor of the city.

The text accounts for the French siege of April 1748. The first attack was on 9th; then on the night between 15th and 16th the outermost trench was opened, labelled A on the map. The following night the French continued with the second trench, labelled B; the night of the 17th the French were blocked, however on the last night they managed to open the last trench. The enemies opened fire on 21st at 9 o’clock in the morning and only on 3rd May the Suspension of Arms was published. The city was eventually evacuated on 10th May.

Another example is held at the Biblioteca Nacional de Portugal.