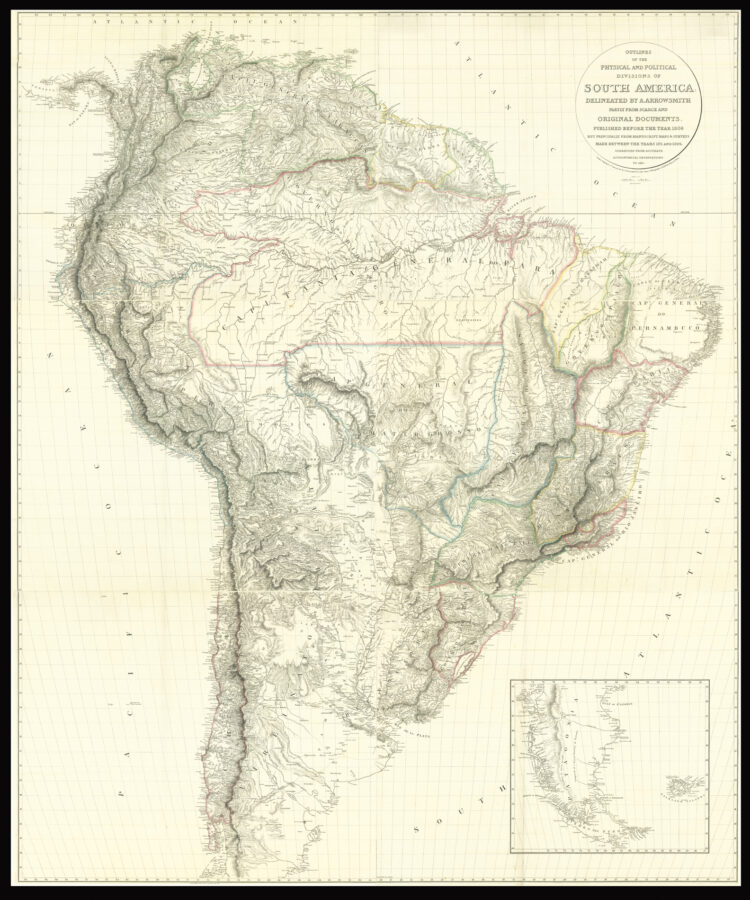 Outlines of the Physical and Political Divisions of South America; delineated by A. Arrowsmith partly from scarce and original documents, but principally from manuscript maps and surveys made between the years 1771 and 1806 corrected from accurate astronomical observations to 1810.

Arrowsmith specialised in large multi-sheet maps. These were generally separately-issued, and are now very scarce. His five great wall maps of the Americas were particularly well-received, and became ​“foundation or prototype maps of the area and were extensively copied by other publishers” (Tooley). These five wall maps were of North America (first published 1795), the United States (1796), the West Indies (1803), Mexico (1810), and South America (the present map) (1810). They were generally republished many times, as new information became available.

The present map is the second state of the map, with additions to 1814. The map has been slightly revised by Arrowsmith with first issue, with changes in the coast line between Buenos Aires and Rio, and on the northeast coast, near Maranham. The second state sometimes accompanied Antonio de Alcedo’s ​‘The Geographical and Historical Dictionary of America and the West Indies’. (1815).