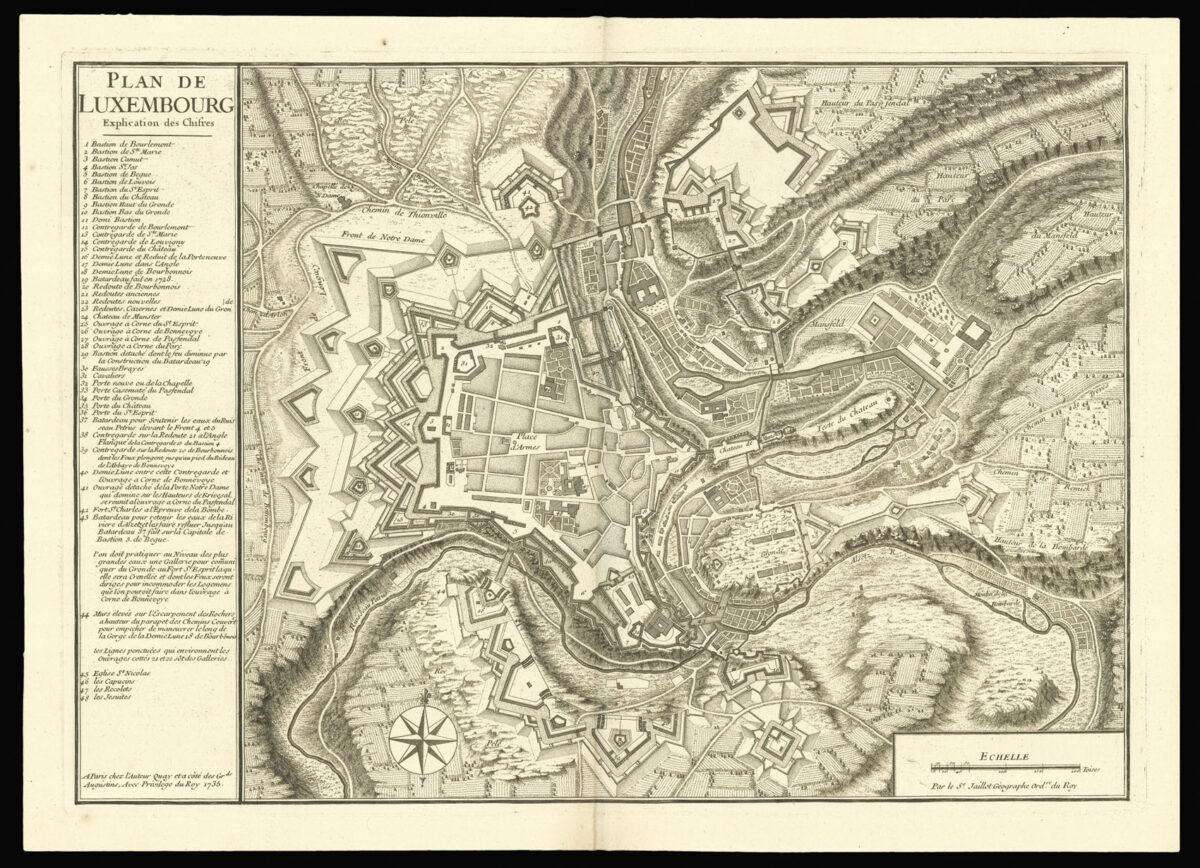 The fortifications of Luxembourg

The plan shows the fortified city, the fields and hills on the outskirts, as well as the intricate flow of the river Alzette. The key on the left lists from 1 to 48 the forts, roads, gates, churches. A compass in the lower part of the map indicates North at the top.

When the duchy of Luxembourg was invaded by France between 1684 and 1697, the defences of its fortress were strengthened by the great siege engineer Sébastien Le Prestre de Vauban, who at the time also designed the fortresses of Strasbourg and Landau.

Alexis Hubert Jaillot trained in sculpture, and inherited a map and print publishing firm from his wife, the daughter of the crown colourist Nicholas Berey. Jaillot republished many of Nicholas Sanson’s maps after the premier French cartographer’s death, and enriched them with elaborate cartouches. He became Cartographer to the French King and died in 1712. His son Bernard Jean Hyacinthe and his grandson Bernard Antoine took over the firm.

Another known copy from 1735 is kept at the Bibliothèque Nationale, Paris.