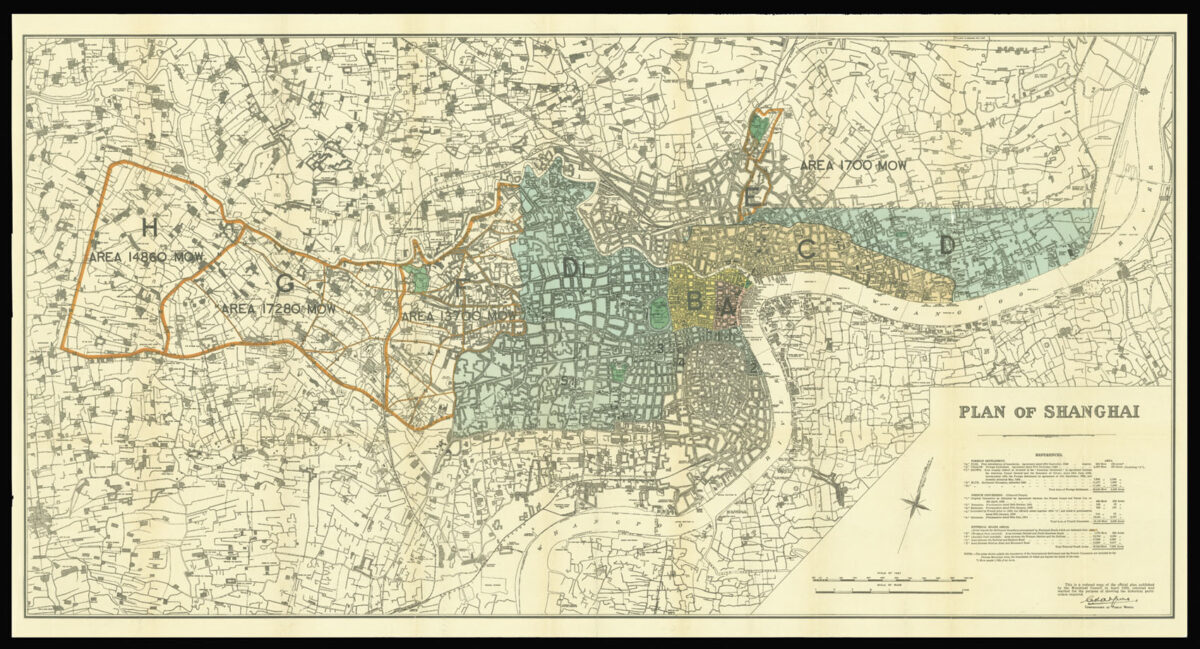 The Foreign Concessions in Shanghai

The plan is a reduced version of a map published by the Municipal Council in April 1928; it is coloured to show the historical expansion of the Foreign and French Concessions, and the External Roads Area, from the mid nineteenth century until the 1928.

During the 1920s and 30s Shanghai had become the most important port in Asia, with tea, silks and porcelain being exported to Europe and America, and a great deal of opium being imported. The city was home to some 3 million inhabitants, of which 70,000 were foreigners. Although small in number, the foreigners (mainly British, French, American, Russian and Japanese), due to land concessions — which are clearly delineated on the map — controlled almost half the city and much of the import and export trade. What is not marked on the plan, however, are the city’s notorious opium dens and whorehouses; with such earthly temptations well catered for and no passports or visas required, Shanghai became an infamous and exotic port of call.