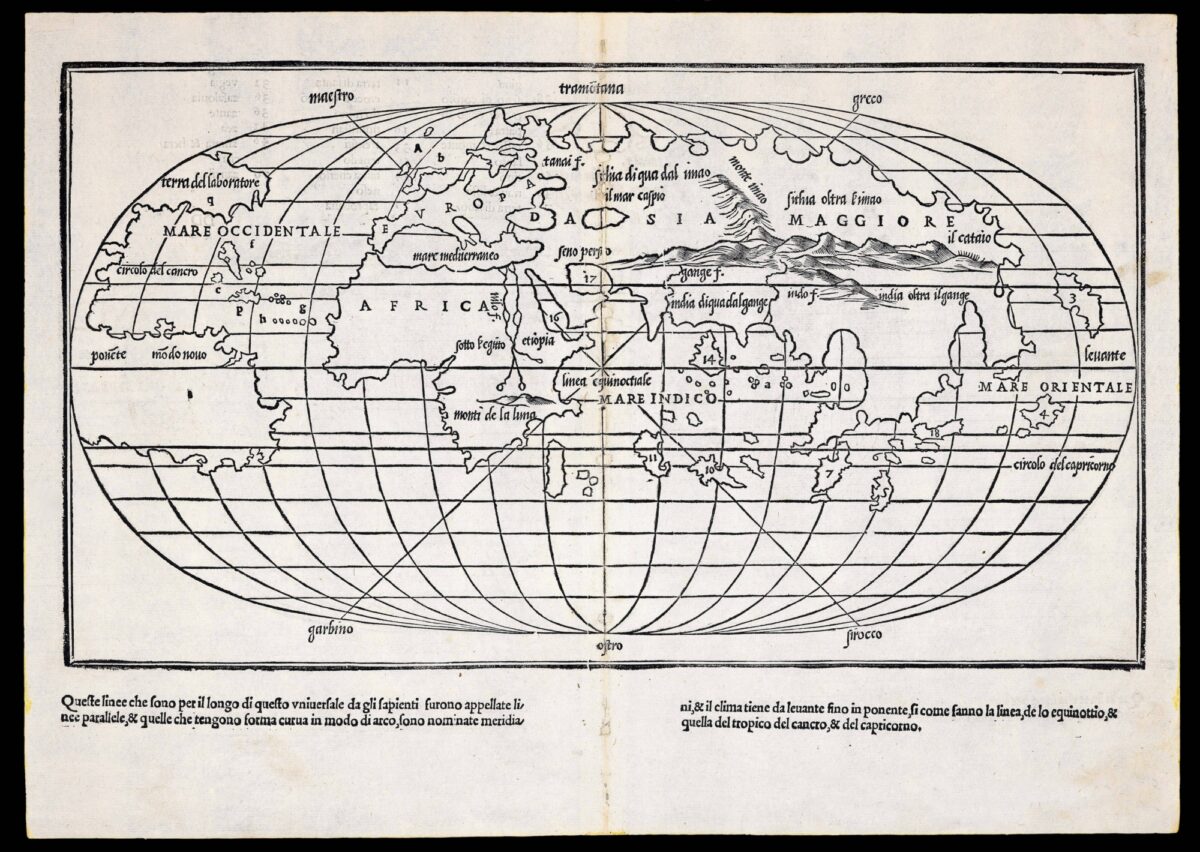 Bordone’s world map was the first widely circulated map showing the world on an oval projection (after Franco Rosselli’s 1508 version) and the first to appear in an ​‘Isolario’. Bordone’s rendering of the Americas and Africa are modern. The Americas (Novo Mondo) appear on the left, but in drastically reduced form. Unlike Rosselli’s map, Bordone shows open water between the two continents and does not join North America and Asia. India and Ceylon remain Ptolemaic. Southeast Asia is modelled after the typical thinking of the time, a large subcontinent offsetting the Austronesian islands to the south. The outline of Japan is hypothetical, based on Marco Polo’s textual account.

Bordone’s was the first printed isolario to encompass the entire world, and arguably is therefore the first atlas to completely shed Ptolemy’s classical bonds. The only isolario to precede it was the little book of Bartolomeo dalli Sonetti, 1485, which covered only the Aegean islands. Waldseemuller’s 1513 edition of Ptolemy’s geography did include new modern maps of the new modern world, but is still essentially a Ptolemaic work.

Bordone’s isolario boasts many cornerstone maps, and is the first atlas ever to contain separate maps of North and South America, and the first to contain regional maps of America.