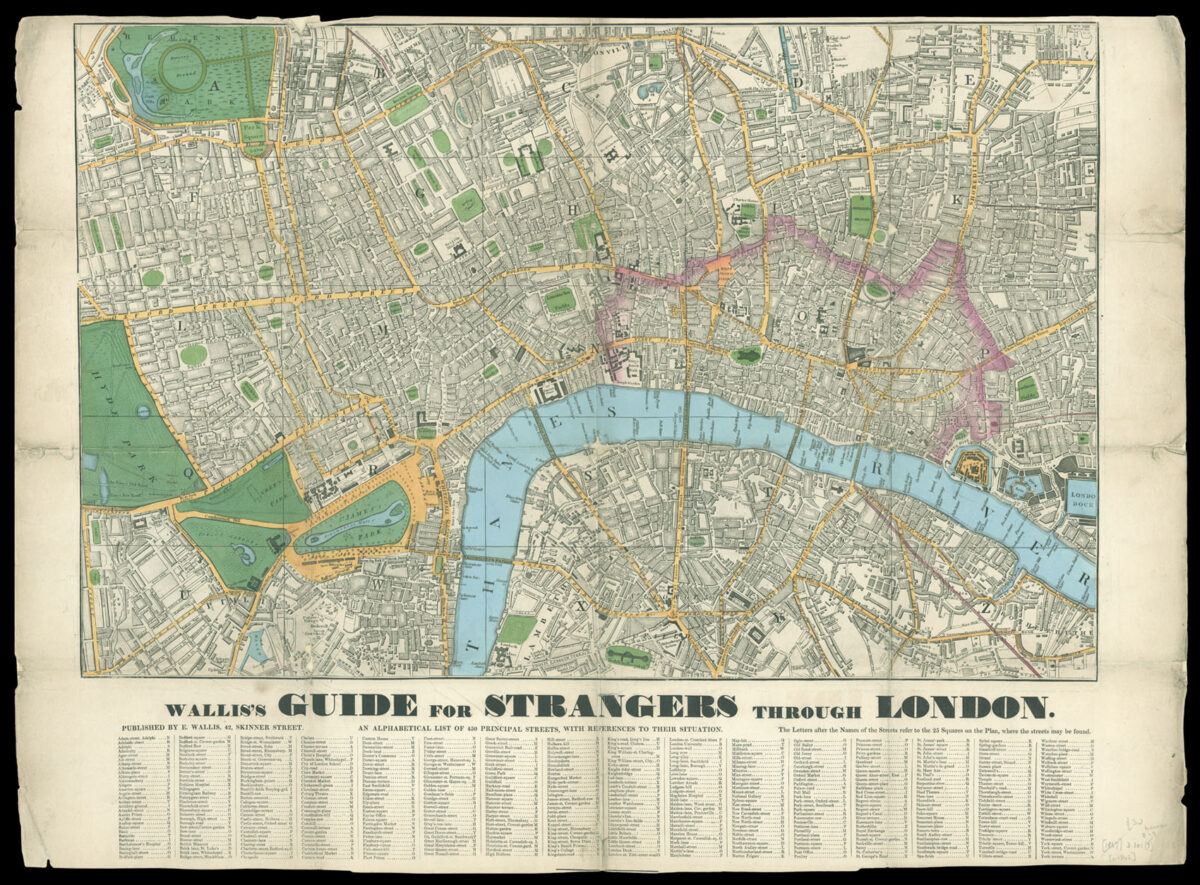 The first steam railway to have a terminus in the capital

Wallis’s Guide for Strangers through London.

Wallis’s Guide for Strangers was a popular map, printed in numerous editions between 1813 and 1843. This edition shows the London and Greenwich Railway, opened between 1836 and 1838, which terminated at London Bridge, and was the first steam railway to have a terminus in the capital. Also shown is the London and Blackwall line, opened on July 6, 1840. This terminates at Minories on the current map, but was extended to Fenchurch Street in 1841. The London and Birmingham Railway was the first intercity line to be built into London. It terminates at Euston Station, which on this map is named as the Birmingham Railway Depot, and ran from 1833 to 1846, when it became part of the London and North Western Railway Line. Lastly is the Eastern Counties Railway, opened June 20, 1839. In July of 1840, it was extended to run from Shoreditch, as shown on this map, to Brentwood.

In addition to selling maps and charts, Edward Wallis, with his father John, was the most prolific publisher of educational board games. His father was the inventor of the jigsaw puzzle.

Scale: 6 inches to one statute mile. 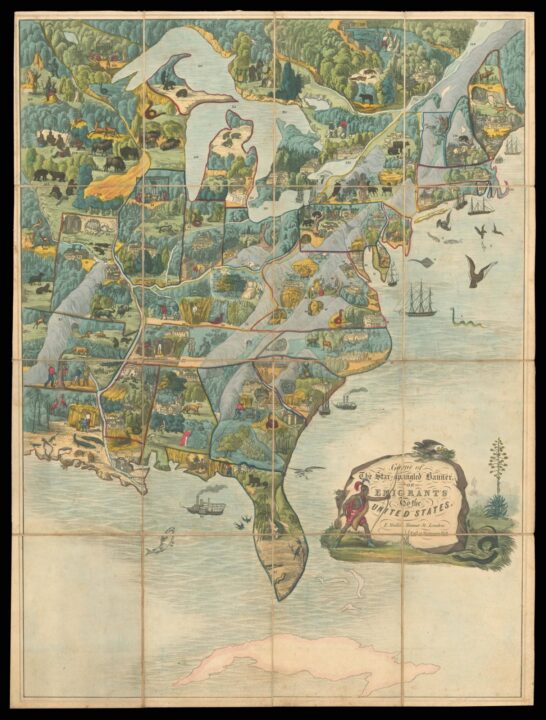 One of the earliest game maps featuring the United States