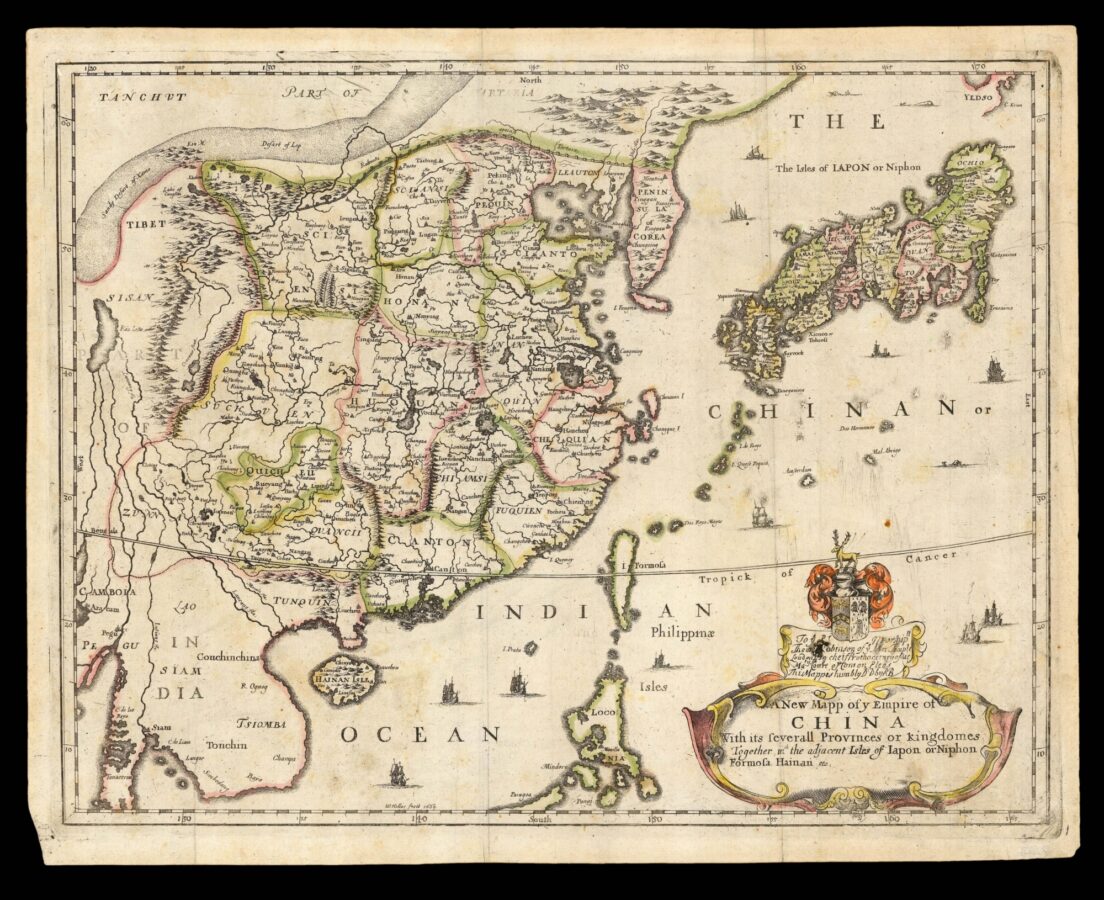 The first state of Blome’s map of China

By HOLLAR, Wenceslaus and BLOME, Robert, 1669

A New Mapp of ye Empire of China With its severall Provinces or kingdomes. Together wth. the adjacent Isles of Iapon or Niphon, Formosa, Hainan, etc. Rendered into English, & enlarged wth. the Isles of Iapon, by Rich: Blome, by his Majesties Command.

Blome, who often drew on the work of others, modelled Asia after the 1655 work by Martino Martini and Willem Blaeu. Japan is drawn after Nicolas Sanson’s 1652 map. The use of these sources means that the Chinese coastline and interior are very accurate, while Korea is still shown as a peninsula. Cambodia is incorrectly situated west of Siam (Thailand).

The map was included in Blome’s work ​‘Geographical Description Of The Four Parts Of The World’, the first set of large format maps covering the world created entirely in Great Britain. While John Speed produced the first British atlas, the plates were engraved and printed in Amsterdam. Begun in 1667, the completed atlas contained 24 maps.

The map was engraved by Wenceslaus Hollar (1607–77). It is dedicated to Sir Thomas Peyton, 2nd Baronet, a Royalist English politician. Blome took subscribers to finance his work, adding their name and arms to maps in return. These would be changed if the subscriber did not pay a renewal fee for later editions, their name and arms would be removed, as they were on the next state of this map.