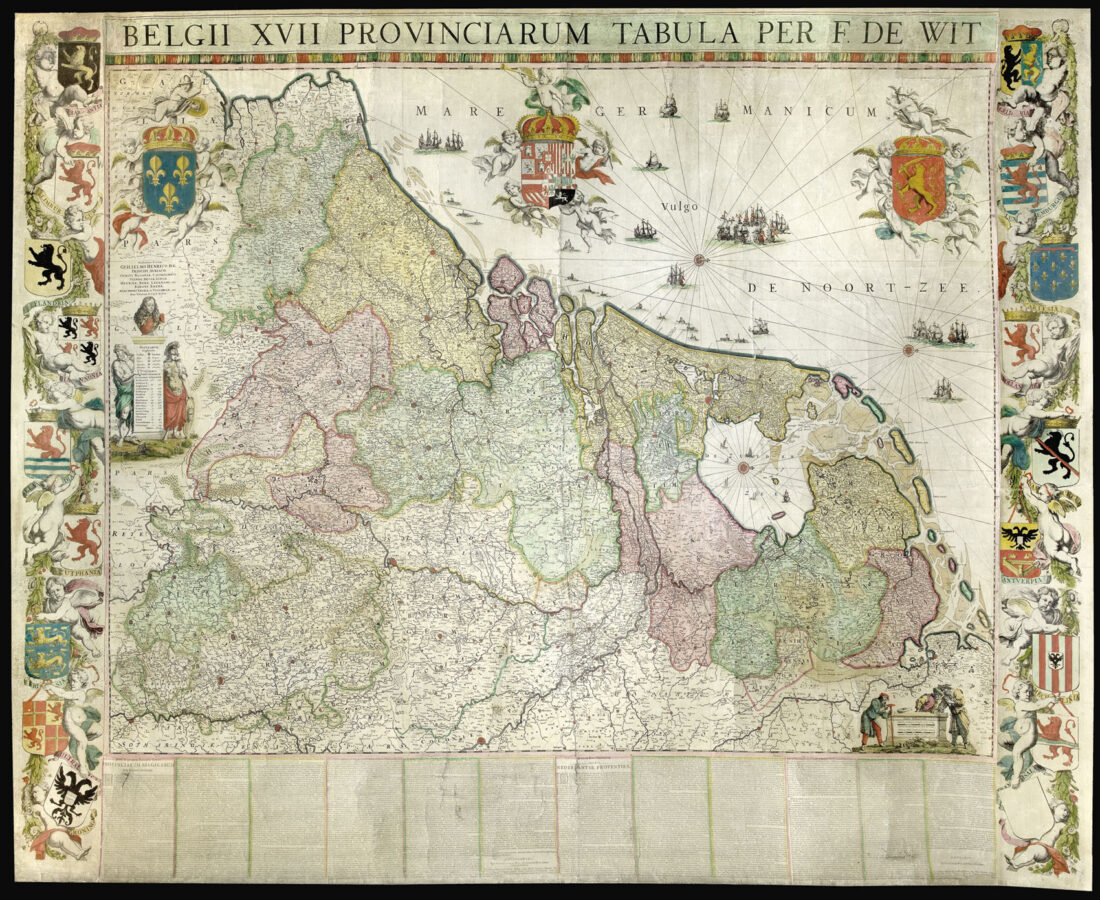 The first state of a state no more

A rare survival from the Dutch Golden Age: the true first state of Frederick de Wit’s important nine-sheet wall map of the Seventeen Provinces, showing an anachronistic view of Europe.

This map is a piece of cartographical nostalgia. The title of de Wit’s work references the ​“XVII Provinciarum”, the Seventeen Provinces of the Low Countries. By the time this map was published, however, the Seventeen Provinces had long ceased to exist. In 1648 the Republic of the United Provinces and Habsburg Spain signed the Treaty of Münster, which recognised the Republic’s independence. The Seventeen Provinces would never be a coherent territory again, but continued to be represented on maps as a single entity well into the eighteenth century (Koeman and van Egmond). For de Wit, printing in independent Amsterdam, this may have reflected a lingering hope that the provinces would be reunited once again in a republic; for those publishers in the Spanish Netherlands, it was politically inexpedient to promote the Spanish loss of territory.

The cartography of the map is particularly meticulous: for Schilder it provides ​“for the first time a modern and detailed picture of the area of the Seventeen Provinces”. It shows the road system, and even the peateries, particularly important in a period when peat was a major fuel source.

The side margins are decorated with putti holding shields showing the coats-of-arms of the Seventeen Provinces, interwoven with a garland. To the upper left of the map there is a vignette of a stone plinth flanked by Teuton and Roman figures, with the legend and list of settlements in each province on it. The plinth is surmounted by a bust of Willem Hendrik, later William III of Orange, with a dedication from de Wit. The text suggests that it was dedicated before Willem Hendrik became Stadtholder in 1672, providing an approximate date (Schilder). At the lower right corner, the scale bar is contained within a plinth surrounded by surveyors.

Previously, only one state of this map has been identified, of which two copies are known: one uncoloured in nine loose sheets in Leiden University Library which lacks the decorative border and text sheets; and a mounted copy at Le Service Historique de la Marine, Vincennes. Comparison of the present map with the Leiden copy, however, shows two differences. The Leiden copy has a small scale bar and an engraved compass rose at the middle of the lower edge, absent in this copy, and it contains more detail in the marshes of southern Brabant. These indicate that the present example is, in fact, an earlier state, and so the true first state of the map. 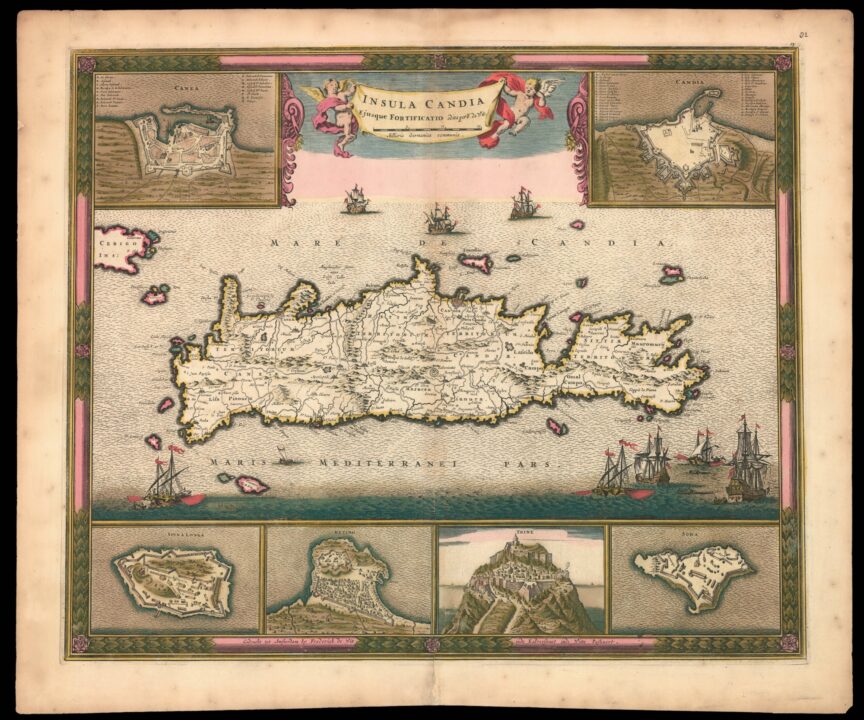