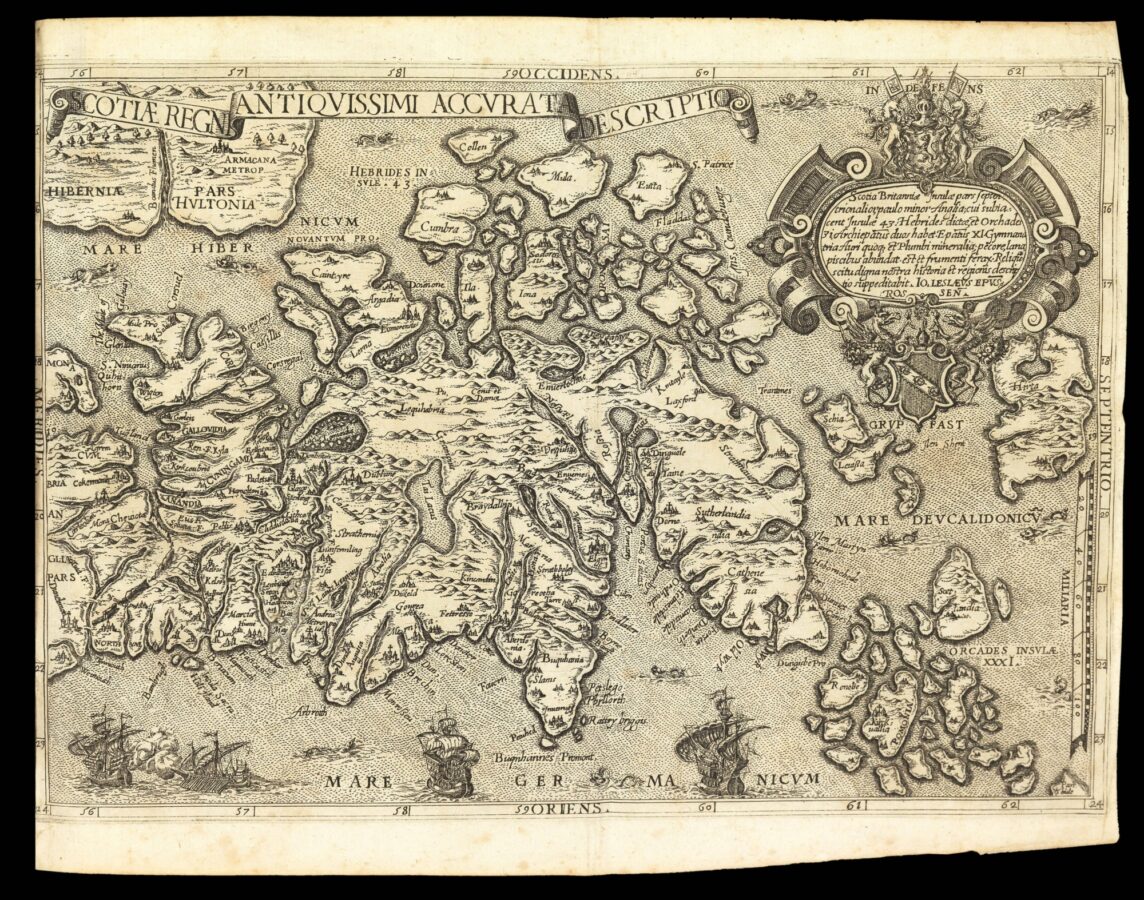 This work is an important history and description of Scotland written by the Catholic John Leslie, Bishop of Ross (1527–1596). It was composed in Scottish during Leslie’s imprisonment in 1568–70, although the Scottish version was not published until 1830. The second part of the history which covers the period 1436–1562 is the most valuable; it is more detailed than the earlier part of the work, and the final book in particular is of great value as a catholic view of events with which the bishop was personally acquainted. The descriptions of the Scottish islands and counties are mostly based on Leslie’s own observations. The final genealogical tree contains a portrait of Mary, Queen of Scots, and her son James, the future James I of England (1566–1625) at the age of 12.

The map is based upon the map of Great Britain by George Lily of 1548.

1. P. Matthei Paseniy, near contemporary ownership inscription at the foot of the title-page. 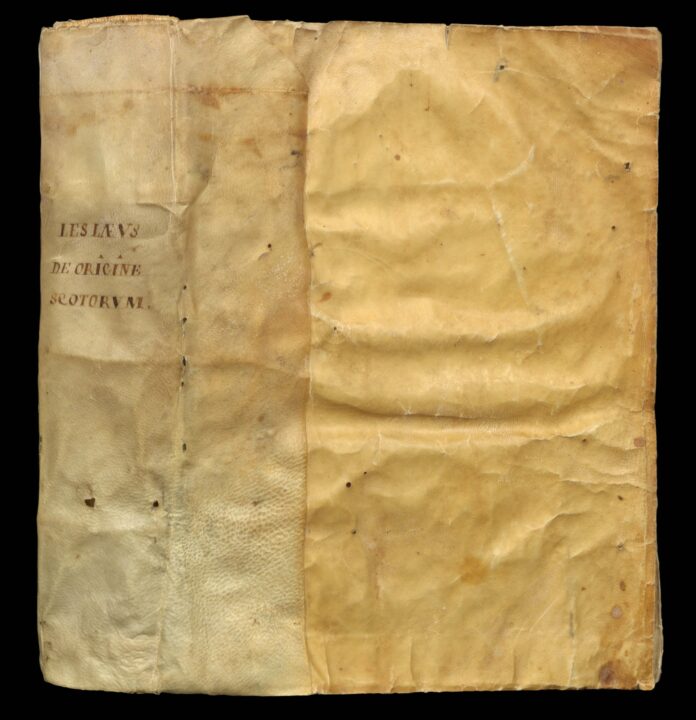 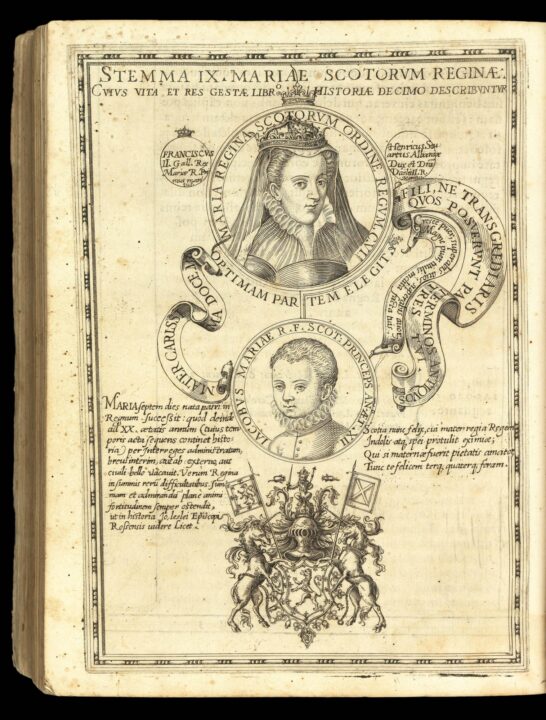