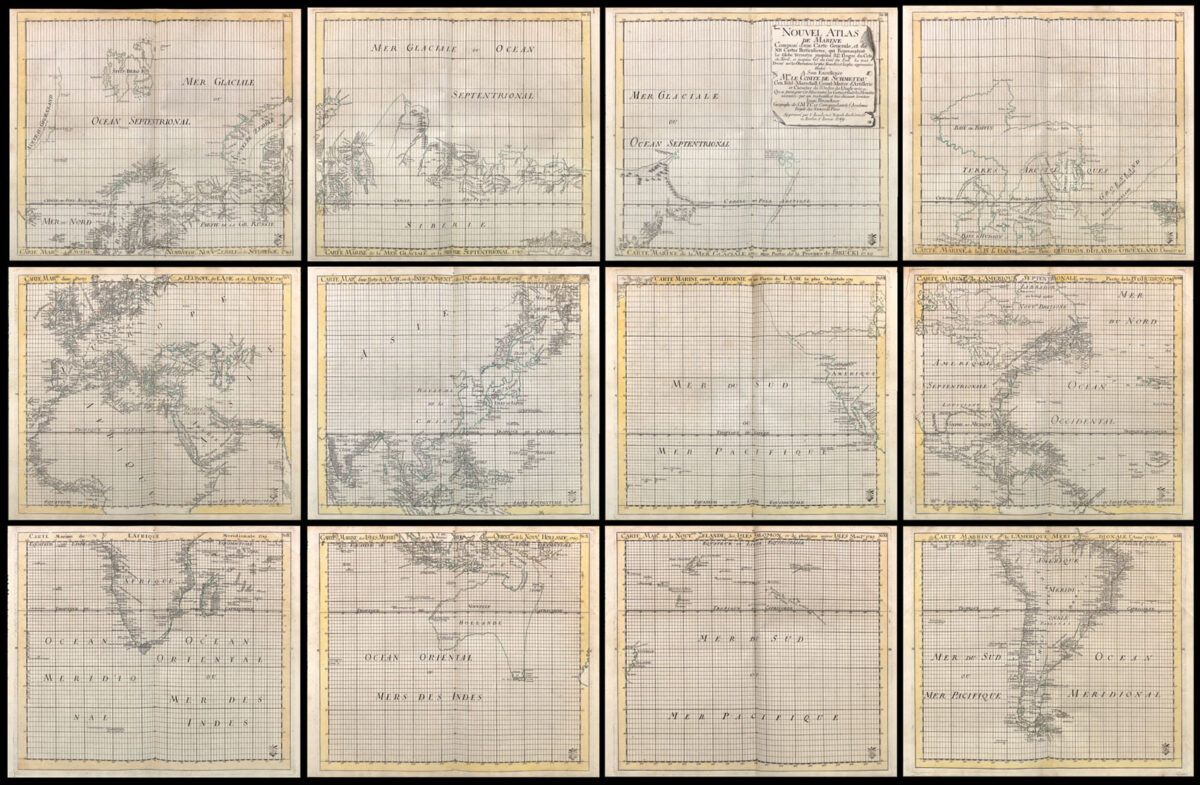 This is a very fine example of the multi-sheet world map from Isaac Brouckner’s ​‘Nouvel Atlas de Marine’ (1749), the first Prussian marine atlas. Aside from an index sheet, this twelve-sheet map constitutes the entire contents of the atlas.

The identity of the general or index sheet varies among the very few known copies of the atlas. In the Library of Congress copy, the twelve-sheet world map is preceded by John Rocque’s one-sheet hemispheric world map, entitled ​‘Carte Générale du Globe Terrestre’, and published in London. In addition, the atlas was published without a title page, and the title (as given above) occurs on sheet three of the twelve-sheet map.

The atlas is exceedingly rare. Dr. Groll, who prepared and published a facsimile of the atlas in 1912, states that ​“only three copies of the original atlas are known [to him] to be in existence” (see Phillips, Atlases, 4146). Those copies were located in the Library of Congress, the Nordenskiold Library at Helsingfors, and in the library of the Grand Duke at Weimar. Two additional copies have appeared in the market in the past 25 years. A further example has also been located in a private collection in England.

In addition to its rarity, this little-known wall map of the world is of great importance for mid-eighteenth century cartography. It was prepared under the auspices of the Berlin Academy of Sciences and the general direction of Field Marshall Count Samuel von Schmettau by the Swiss geographer Isaac Brouckner, who served as geographer to Louis XV. (Brouckner also had made a globe for the Empress of Russia in 1735). Phillips notes that Count von Schmettau, ​“who did so much in Prussia to raise the level of the scientific undertakings, not only theoretical but practical, of the Berlin Royal Academy of Sciences during the eighteenth century… placed at Brouckner’s disposal all the sheets and memoirs that were available” in the Academy’s archives, ​“which were dealt with in a masterly way by the geographer, with the result that a most creditable marine atlas for the time was prepared, which certainly deserves to be designated as the first Prussian marine atlas” (Phillips, Atlases, 4146). 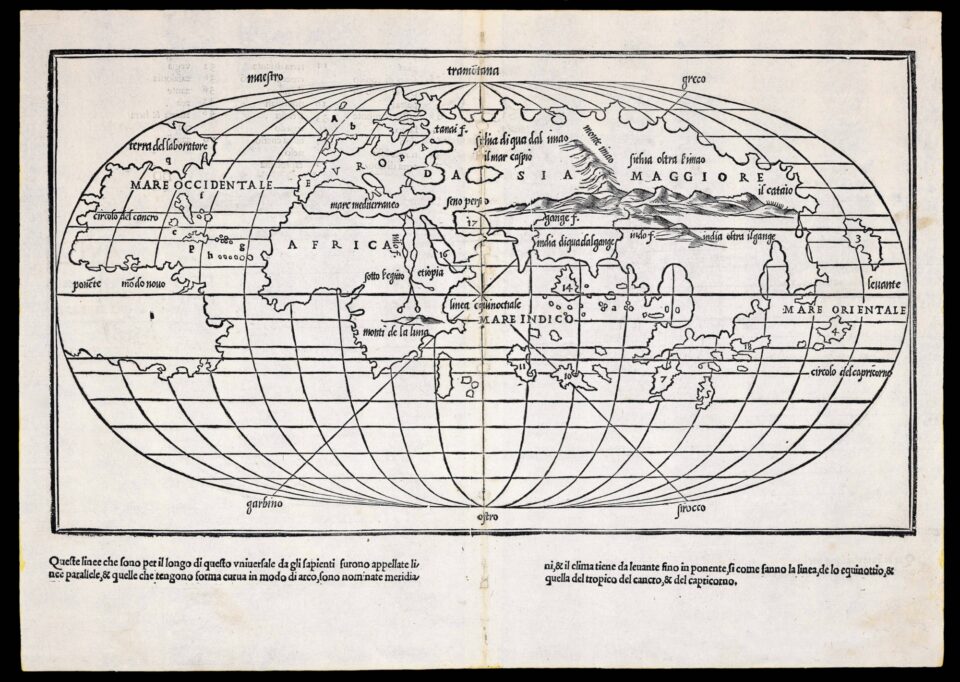