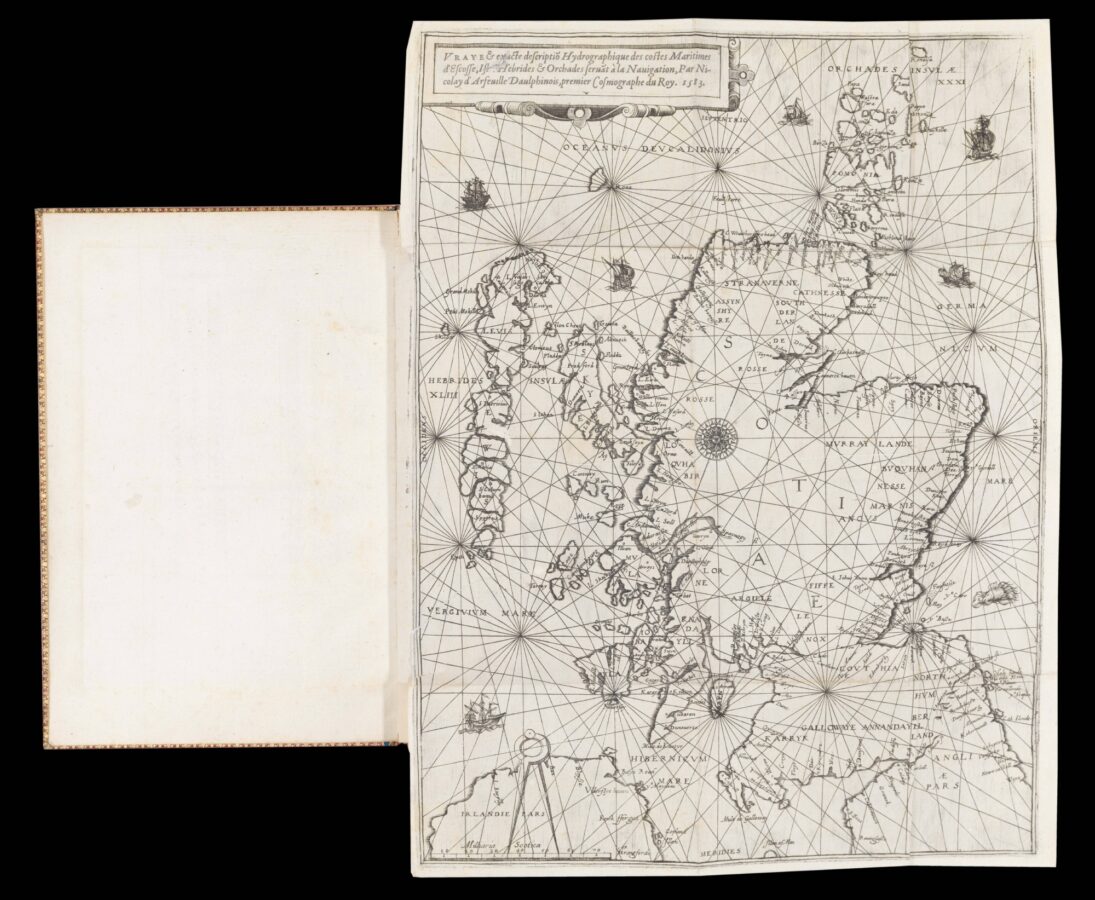 Nicolay’s early navigational guide is the oldest Scottish ​“rutter”, a term derived from the French ​“routier” to describe a set of sailing directions. It is a rare survival that is accompanied by the first accurate delineation of Scotland. Originally delineated by a Scot, Nicolay then copied the work and brought it to the French king Henry II where it was put into almost immediate use to avenge the murder of Cardinal Beaton at St. Andrews.

Nicolas de Nicolay (1517–1583) was a celebrated navigator who travelled
widely throughout Europe and the Middle East as an envoy of the French crown
charting foreign territories. He was appointed Géographe (or Cosmographe) du Roy in 1566.

In the present volume his dedication to the Duc de Joyeuse, Admiral of
France relates how he acquired both the work and the map for this guide. While in Paris to ratify a peace treaty between Henry VIII of England and François of France, Lord Dudley, Admiral of England, persuaded Nicolay to return with him to
England. During this stay, Nicolay relates that Dudley ​“communicated to me a little
book written by hand in the Scottish language, containing the navigation of the
King of Scotland…with all the outstanding particulars worthy of note in such a
navigation; together with the sea chart, rather roughly made, for the instruction of all other mariners”.

This ​“little book” was the rutter compiled by Alexander Lyndsay, the pilot on
James V’s voyage of 1540 to subdue the unruly Lords of the Western Isles. The pilot starts from Leith and tracing the route of the King’s fleet, containing nearly 200 items of information and advice about tides, courses and havens, soundings and hazards.

Once Nicolay made his copy, he returned to France at the accession of Henry II,
and had the rutter translated into French. He also took the opportunity to join the
fleet to assist the Regent Arran to avenge the murder – at the hands of anti-French Protestants – of Cardinal Beaton. Nicolay was thus given an opportunity to survey the Scottish coastline and improve upon the map he had obtained from Dudley.

The ​“Description de l’Isle et Royaume d’Ecosse, et Iles Hebrides et Orchades”,
which is followed by the ​“Navigation” with separate title, is accompanied by a striking and ​“greatly improved map of Scotland on the scale of c.21 miles to an inch…[which] gave a much better outline of Scotland than any previous map — an outline which was in fact more accurate than any later maps of the 17th century…”. As Taylor and Moore separately conclude, Lyndsay’s rutter would have preceded the chart, which could be based on an earlier map corrected through reference to other sources — including the rutter. Moir points out that ​“Although the printed map is dated 1583 the author tells us that the original manuscript map was obtained by him in 1546, and so the map in its origin is earlier than Mercator’s 1546 map of the British Isles, and possibly earlier even than Lily’s map of 1546.… Nicolay’s map marks a great advance in the cartography of Scotland. Not only is the shape of Scotland shown with considerable accuracy, but it is much more accurate than the later Gordon- Blaeu map of 1654 or the Moll map of 1714.… In 1688 John Adair had a new plate of the 1583 map engraved by James Moxon for his Description of the Sea-Coast and Islands of Scotland, on the ground that it was the most accurate map, and in 1734 John Cowley recorded that when preparing his own map of Scotland he found Nicolay’s map to be more exact than any other.… Accepting Nicolay’s statement that the original of his map was drawn in 1540…it is a remarkable production and shows quite an advanced skill in cartography…”.

This remarkable volume holds an important place in the history of navigation
and cartography, as well as offering an invaluable insight into sixteenth century
Anglo-French diplomacy, espionage and intrigue. 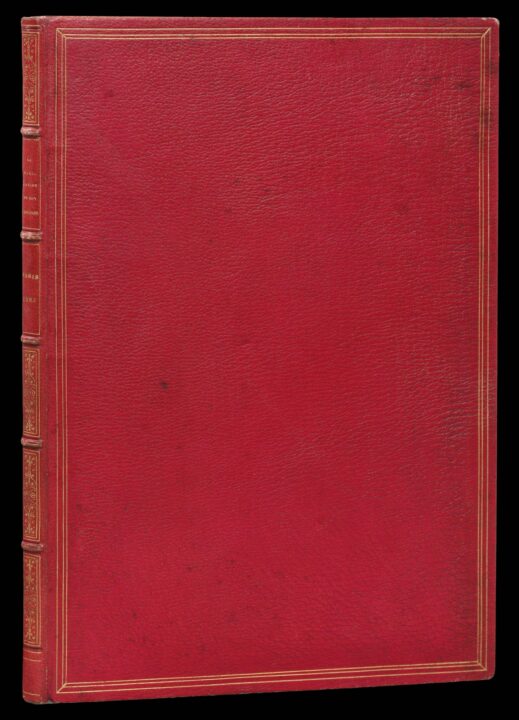 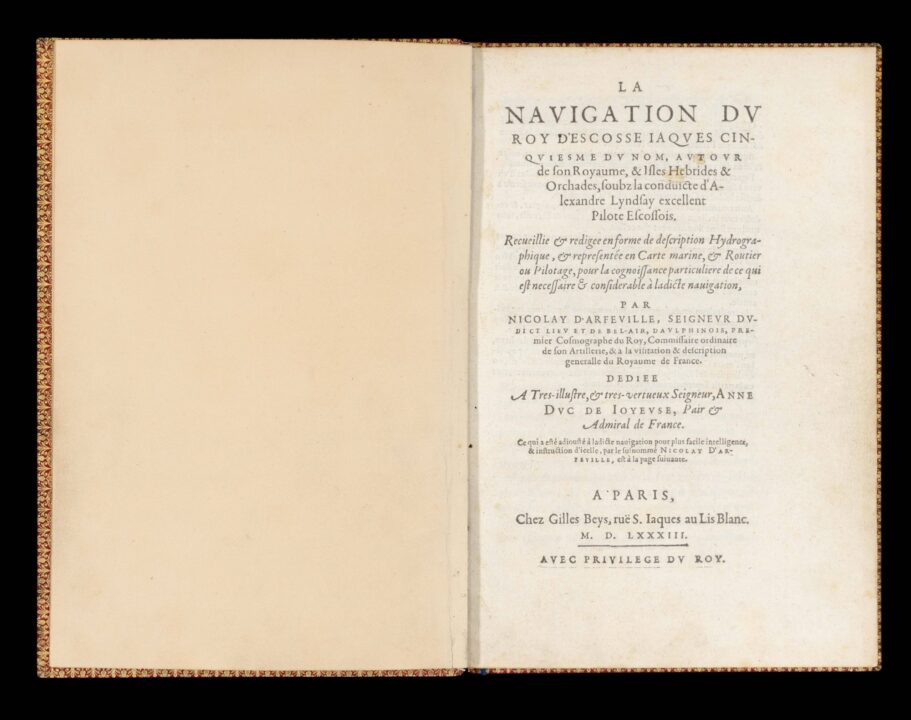 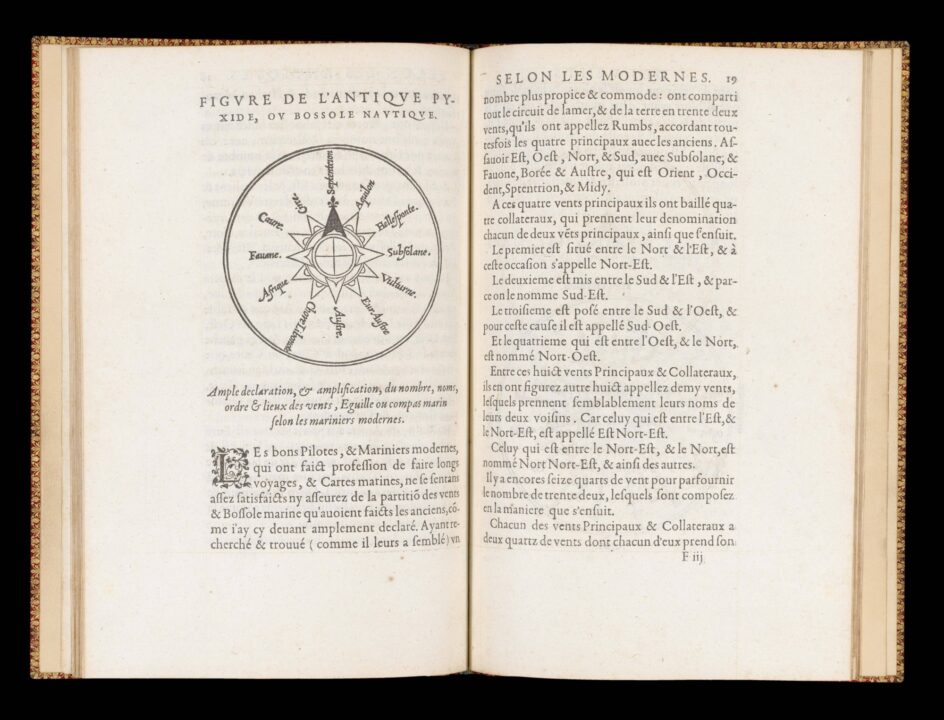 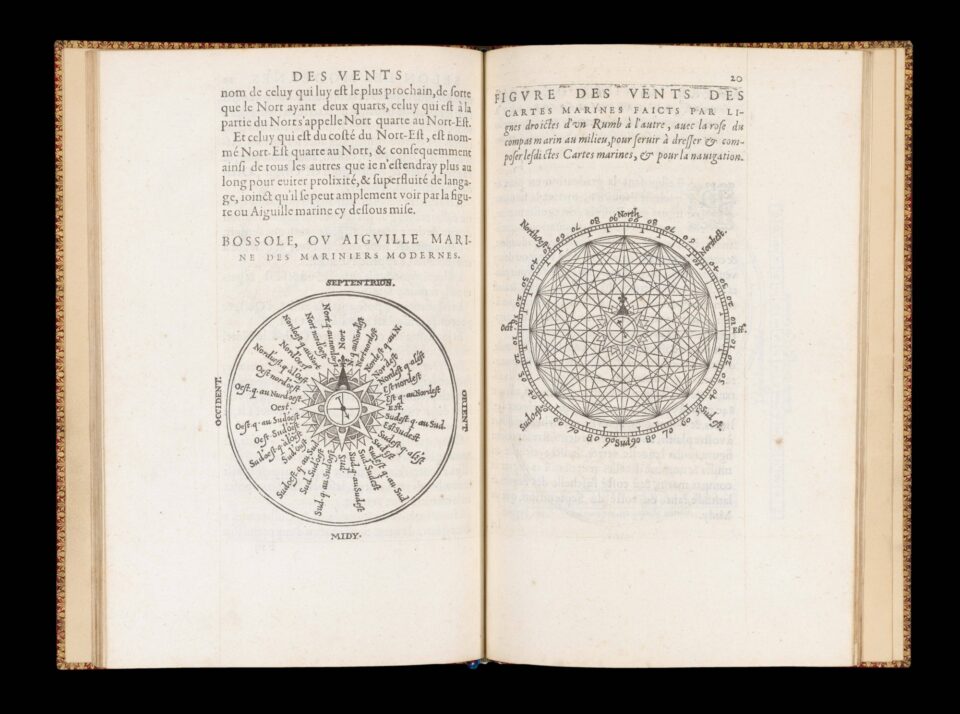 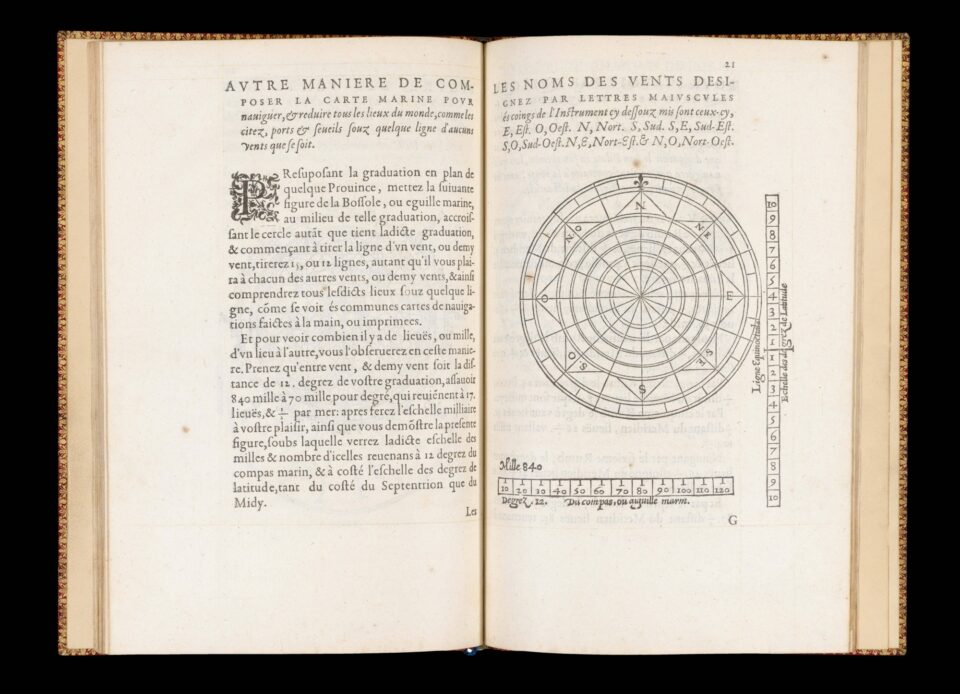 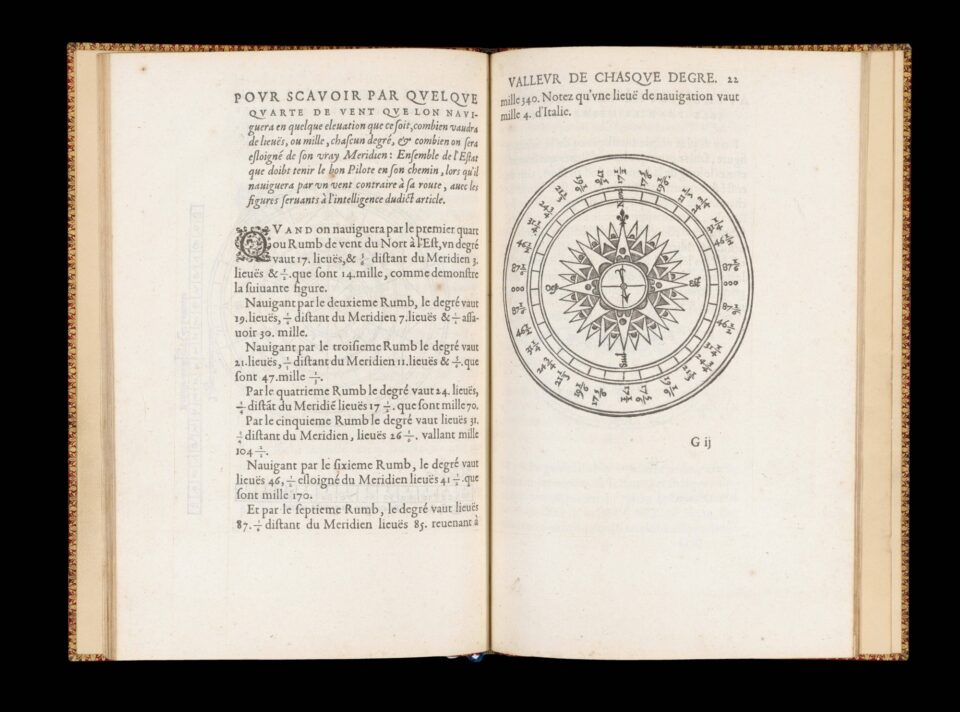 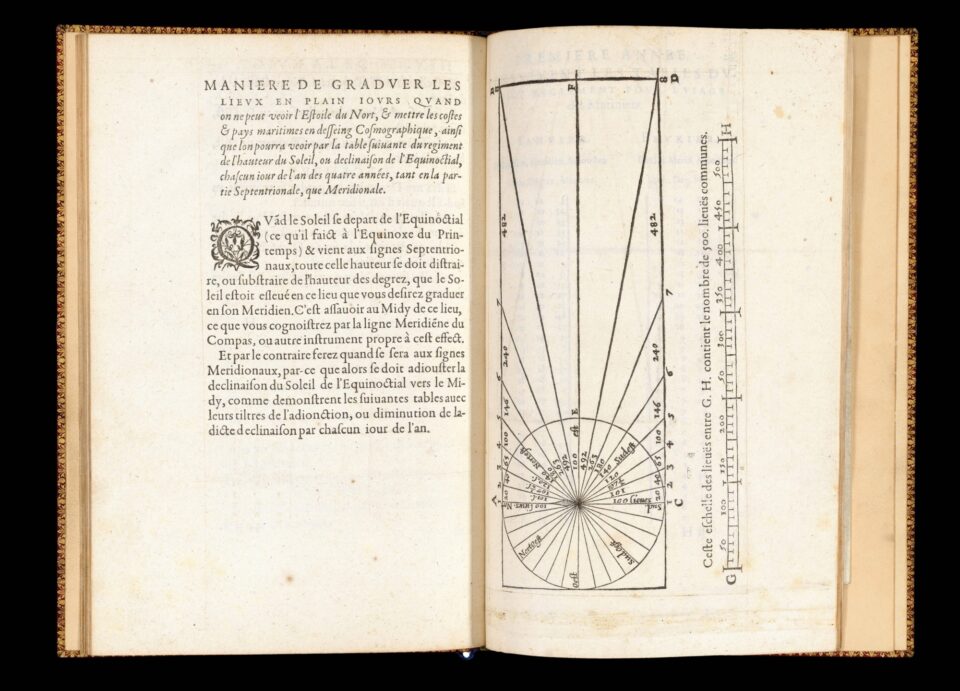 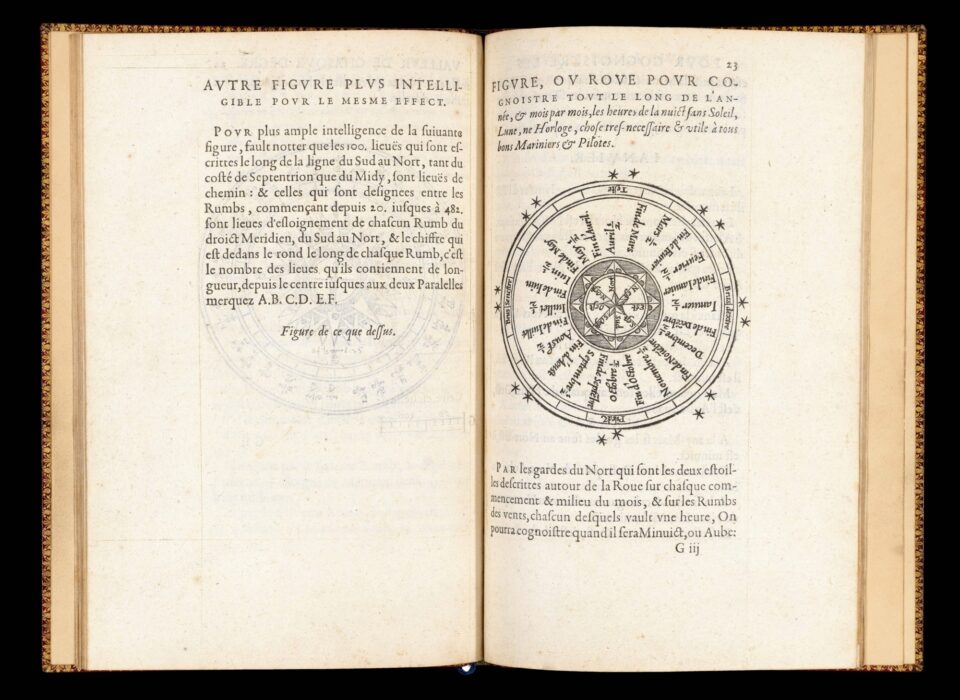 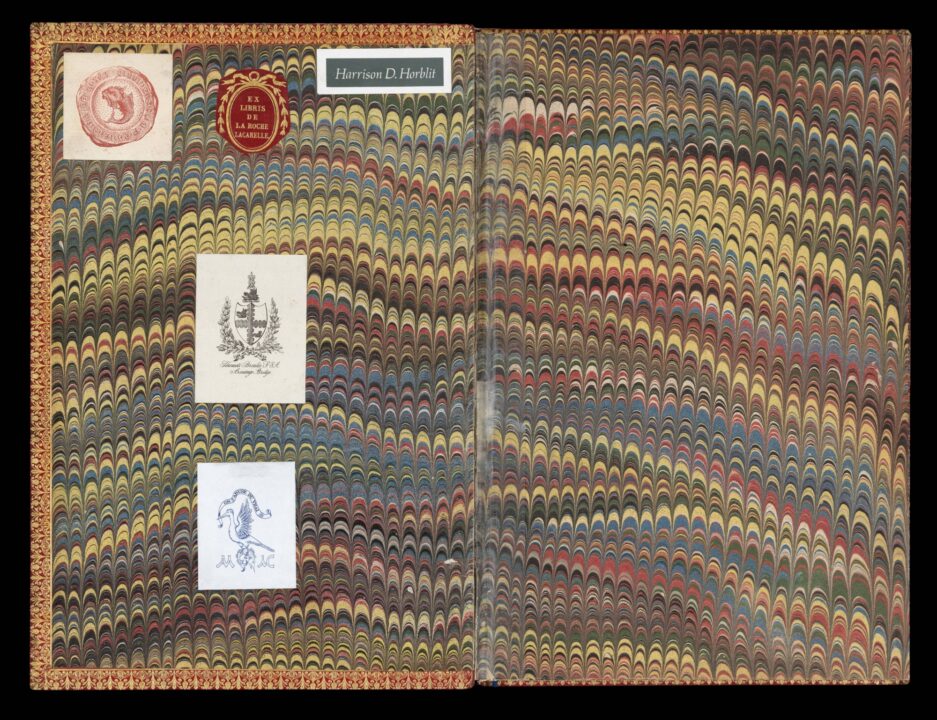