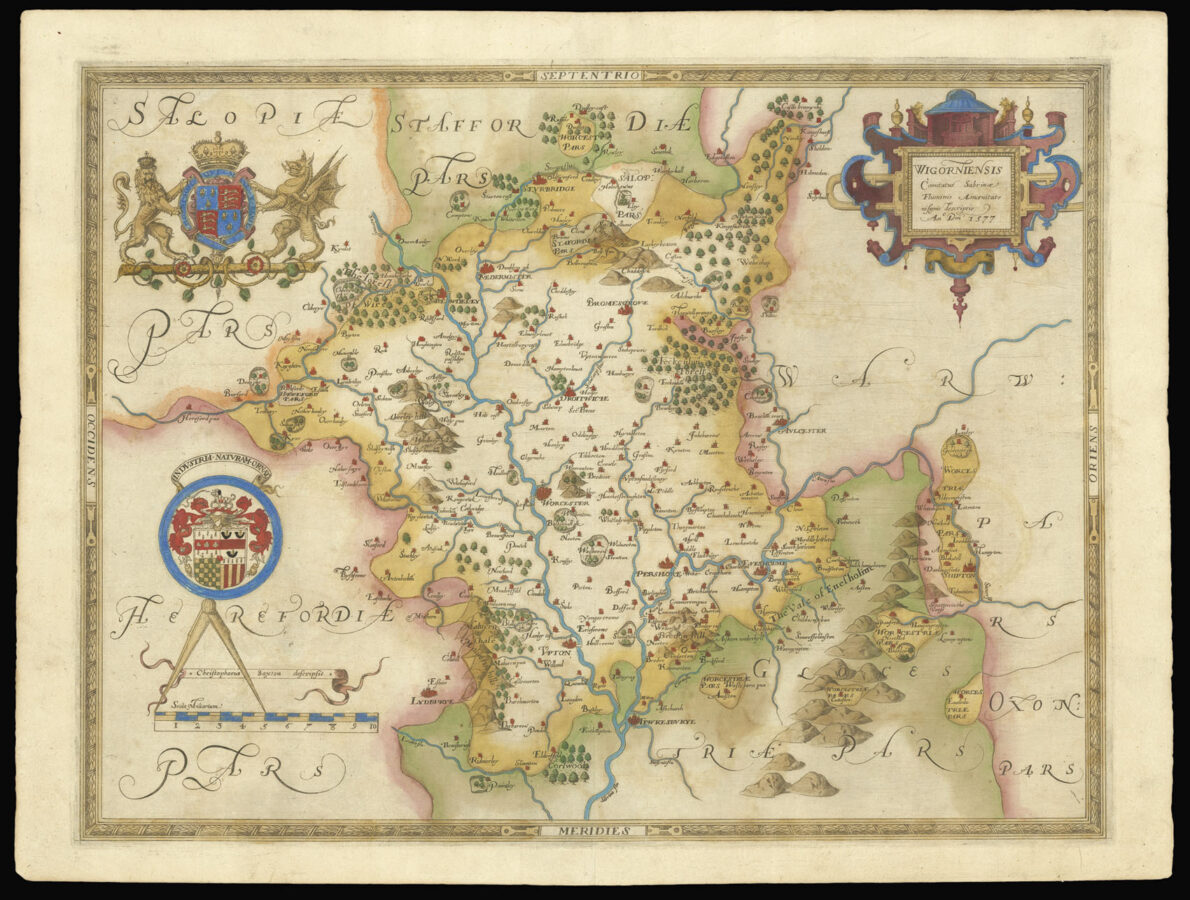 The first printed map of Worcestershire

In 1576, the Privy Council of Queen Elizabeth I gave Christopher Saxton royal authority to survey the counties of England and Wales, in order to produce a series of maps later to be collected into the first national atlas ever produced. This map of Worcestershire, or ​‘Wigornia’, is the fourth of the 34 county maps included in the work, and the first comprehensive representation of the county. The rivers, towns and cities illustrated on the map are labelled with their sixteenth century English names, while the surrounding counties are noted in Latin. Of particular importance for Lord Burghley, who commissioned the maps along with courtier Thomas Seckford, were the estates of the gentry. As Secretary of State, this information was essential for administrative and defensive matters, and on his personal proof copy, Burghley’s handwritten annotations list the influential residents of Worcestershire, along with their lands and properties. Similarly, the border areas between counties receive particular attention on Saxton’s maps, as evidenced here by the areas surrounding Malvern, the Forest of Wire, and the Vale of Euesholiue (modern Evesham), which include details of towns and cities outside the county boundary.

Characteristically, the map features the county name, written in Latin, within an elaborate red and blue cartouche in the top right corner. The royal coat-of-arms appears on the opposite side, and beneath it, the Seckford heraldic crest with its later Latin motto. After the Atlas of England and Wales was completed, Queen Elizabeth I granted Saxton his own coat-of-arms, but it is Seckford’s that features on all 35 maps, as the patron of the work. A scale is also included in the bottom left corner of the map, although unlike other examples, it lists only Saxton’s name as cartographer, and fails to include that of the engraver. Additionally, like all the maps in Saxton’s ​‘Atlas of England and Wales’, this map bears his watermark, a bunch of grapes, to identify the work as original. 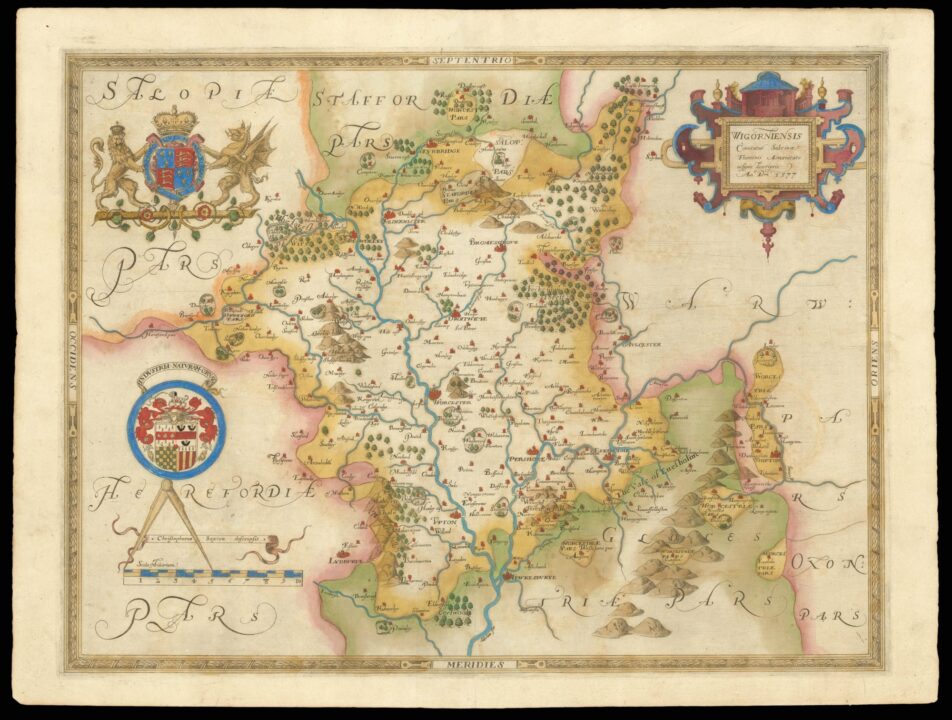