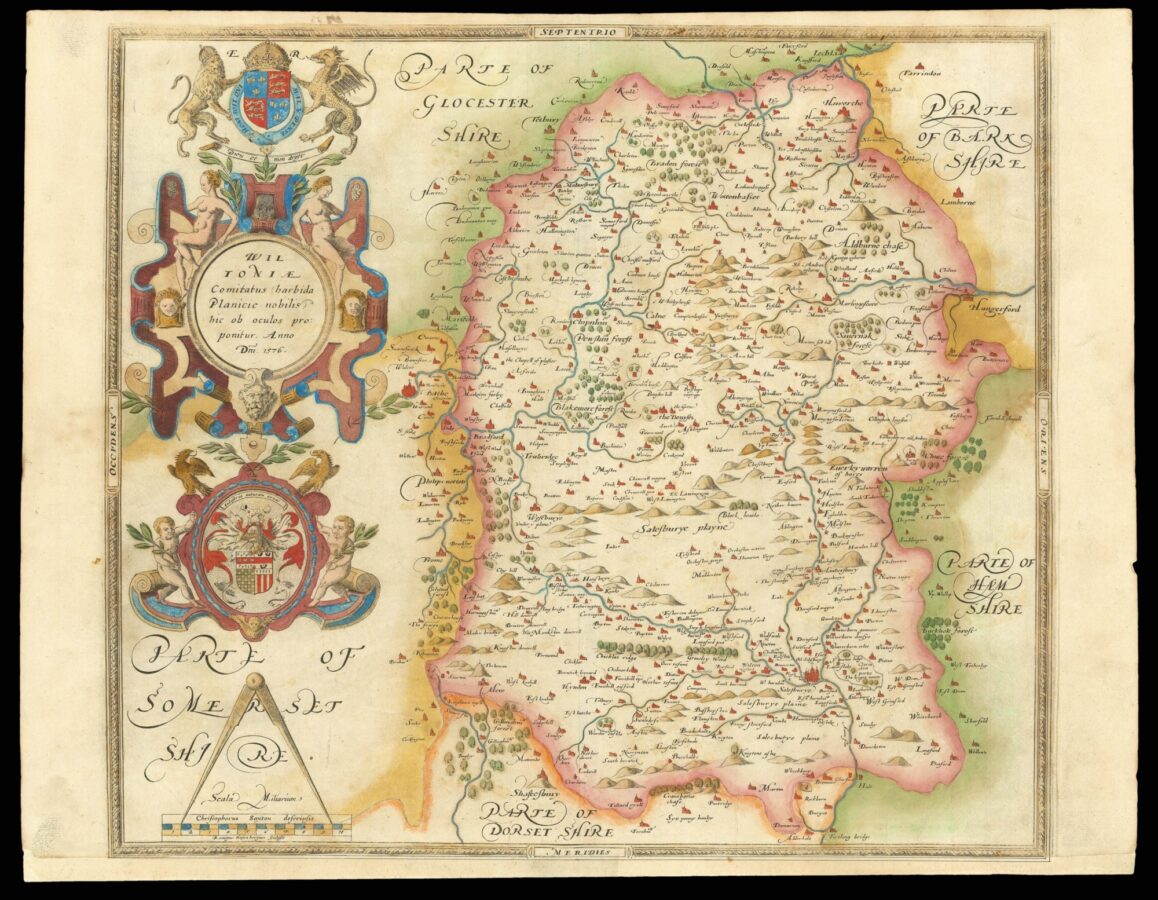 The first printed map of Wiltshire

In 1575, Christopher Saxton was authorised by the Queen’s Privy Council to survey and map the counties of England and Wales, a task which he had completed by 1579, when the resulting maps were compiled and published in his seminal ​‘Atlas of England and Wales’. On this map, the first of Wiltshire ever to be produced, the cartographer has recorded the county’s landscape and settlements. Towns, villages, hills, rivers and woodlands are expressed pictorially and labelled with their English name. Of particular prominence is Salisbury, which is represented by a small but intricate illustration including its recognisable cathedral. To the North Stonehenge is found, shown by a small drawing and labelled ​‘The Stonadge’. Saxton also included small details that would have been of relevance to the crown, such as Clarendon Park, where Elizabeth I had previously stayed, and Ludgershall, a disused royal hunting ground, with its small windmill featured on a nearby hill.

Down the left side of the map run a series of elaborate illustrations, crowned by the royal coat-of-arms in the upper corner. In bold colouring, the crest is flanked by the English lion and Welsh dragon. Directly below this a striking cartouche contains the Latin county name. Underneath can be found the heraldic crest of the Seckford family, which appears on all 35 of Saxton’s county maps, here accompanied by its later Latin motto. In the lower corner the map’s scale is completed with two banners identifying Saxton as the cartographer and Remigius Hogenberg as the engraver. Hogenberg was responsible for producing a number of the copper plates from which the maps of Saxton’s great atlas were produced. Additionally, like all the maps in the ​‘Atlas of England and Wales’, this map bears Saxton’s watermark, a bunch of grapes, to identify the work as original.