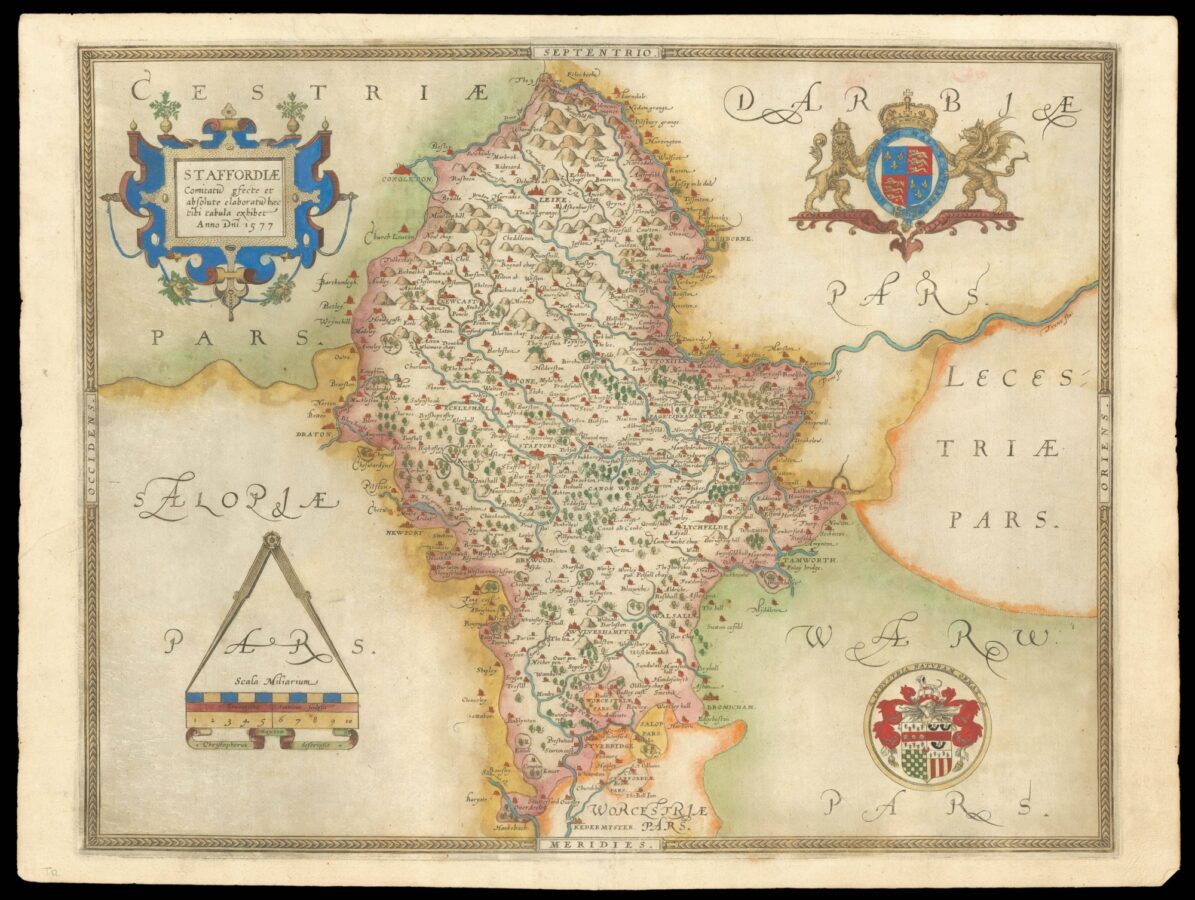 The first printed map of Staffordshire

In 1575, Christopher Saxton was authorised by the Queen’s Privy Council to survey and map the counties of England and Wales, a task which he had completed by 1579, when the resulting maps were compiled and published in his seminal ​‘Atlas of England and Wales’. This map of Staffordshire is the third map in the atlas, and provides information about the current estates, towns and landscape of the county. This information was of particular use to the Queen’s councillors, such as Thomas Seckford and Lord Burghley, the Secretary of State, for administrative and defensive planning. The River Trent features centrally in this map, along with its many distributaries and bridges, interspersed with the Staffordshire forests and hills. It is thought that Saxton expressed with particular prominence those hills that served as boundary markers between counties, such as Mow Cop Hill, featured to the North of Newcastle. Other major towns are identified in larger script and a small illustration of several buildings, while minor towns are signified by a single building and their name, written in English. Certain areas on the periphery of Staffordshire are also included in the same way, while the surrounding counties are labelled in Latin.

The four corners of the map feature the county name, contained within an elaborate and boldly coloured cartouche in the top left, the royal coat-of-arms to the right, the heraldic crest of the Seckford family in the lower right corner, and the scale to its left. All four elements are typical features of Saxton’s county maps, with the banners on the scale denoting the cartographer, Saxton himself, and the engraver, in this came Franciscus Scatterus, a Flemish craftsman employed as one of the seven engravers who produced the copper plates for the atlas. Additionally, like all the maps in Saxton’s ​‘Atlas of England and Wales’, this map bears his watermark, a bunch of grapes, to identify the work as original. 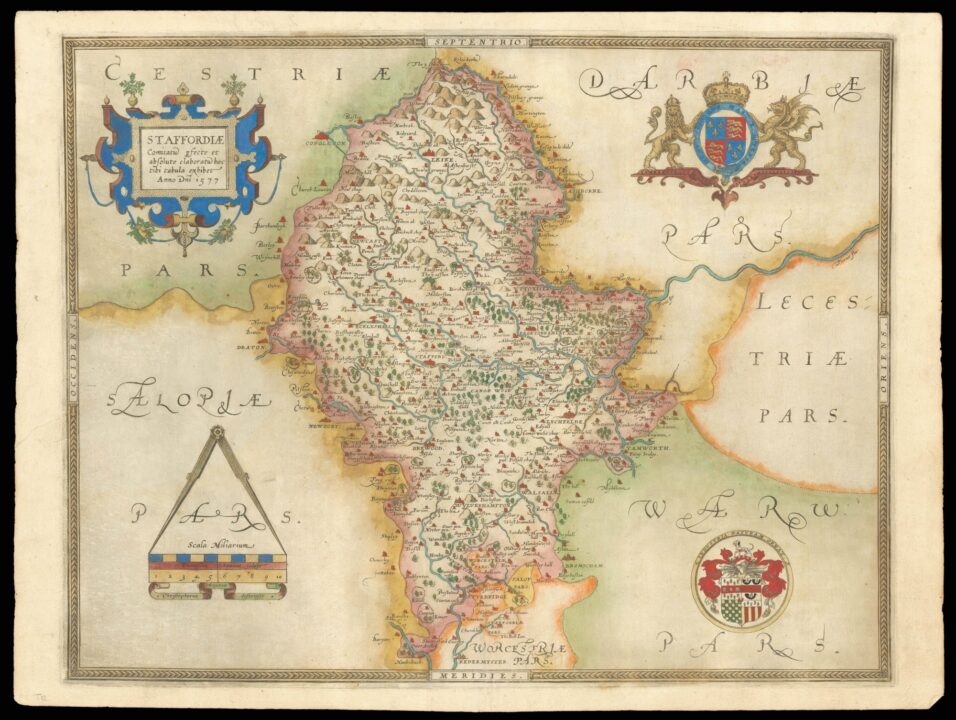