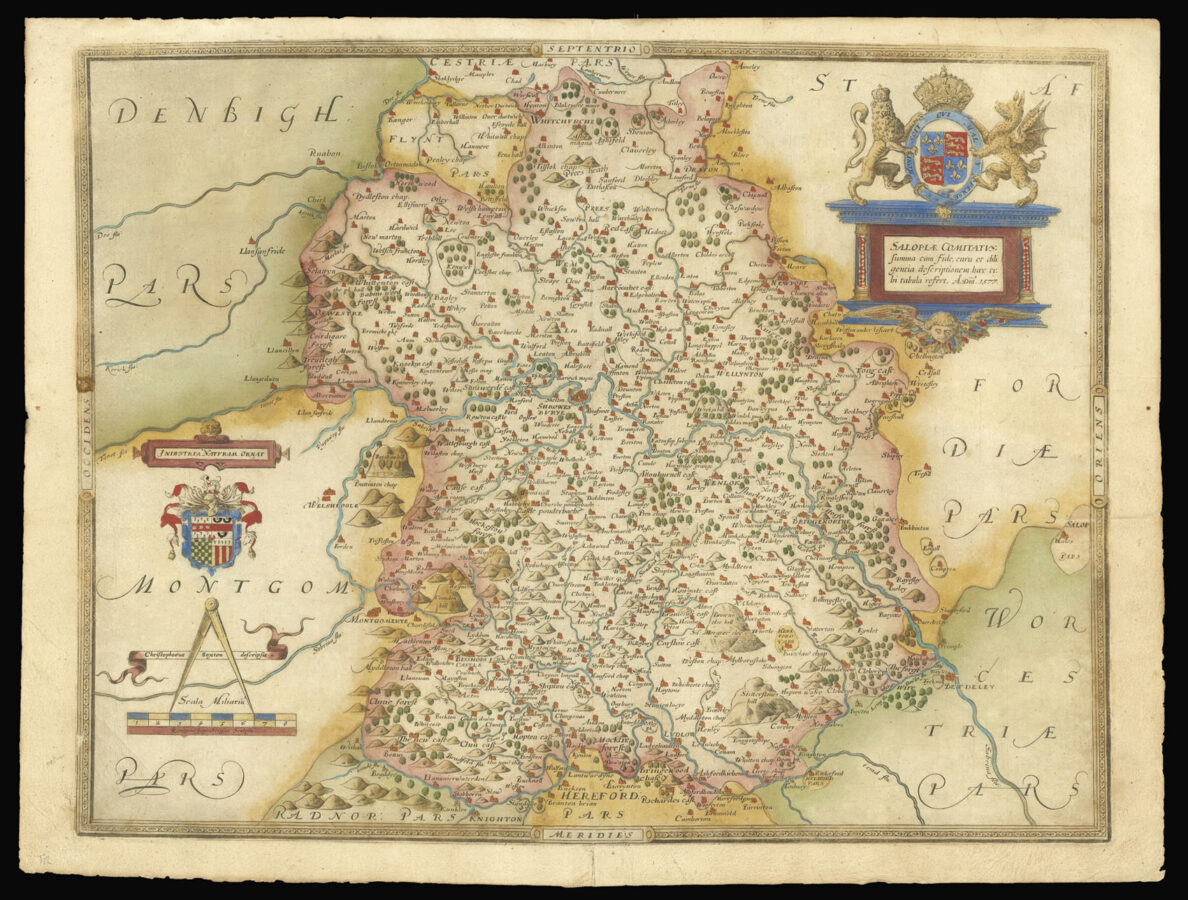 The first printed map of Shropshire

This map of Shropshire, or ​“Salopia”, is the earliest detailed map dedicated solely to the county, and the second county map in Saxton’s ​‘Atlas of England and Wales’, the first national atlas ever produced. Courtiers of Queen Elizabeth I, Thomas Seckford and Lord Burghley, sponsored Saxton to survey and map the counties. The resulting atlas was originally intended to provide Burghley, as Secretary of State, with a detailed record of the countries’ domestic arrangements for the purposes of defence, with Shropshire included as a Welsh border county. To this end, Saxton produced this precise survey of the towns, estates and landscape of Shropshire, with the surrounding counties labelled in Latin. Each element within Shropshire is labelled with its English name in its sixteenth century form, for example, ​‘Showesbvrye’ for modern Shrewsbury, with major towns identified in larger script. Rivers, forests and the county’s distinctive hills are all also illustrated and labelled, along with 31 deer-parks, used to signify the land owned by local gentry.

As on all of Saxton’s maps, the county name is enclosed within a cartouche surmounted by the royal coat-of-arms, which here features in the top right corner. Similarly, the distinctive Seckford crest, with its later Latin motto, is featured on the left, below which there is the scale, complete with banners identifying Saxton as the cartographer and Remigius Hogenberg as engraver. Additionally, like all the maps in Saxton’s ​‘Atlas of England and Wales’, this map bears his watermark, a bunch of grapes, to identify the work as original. 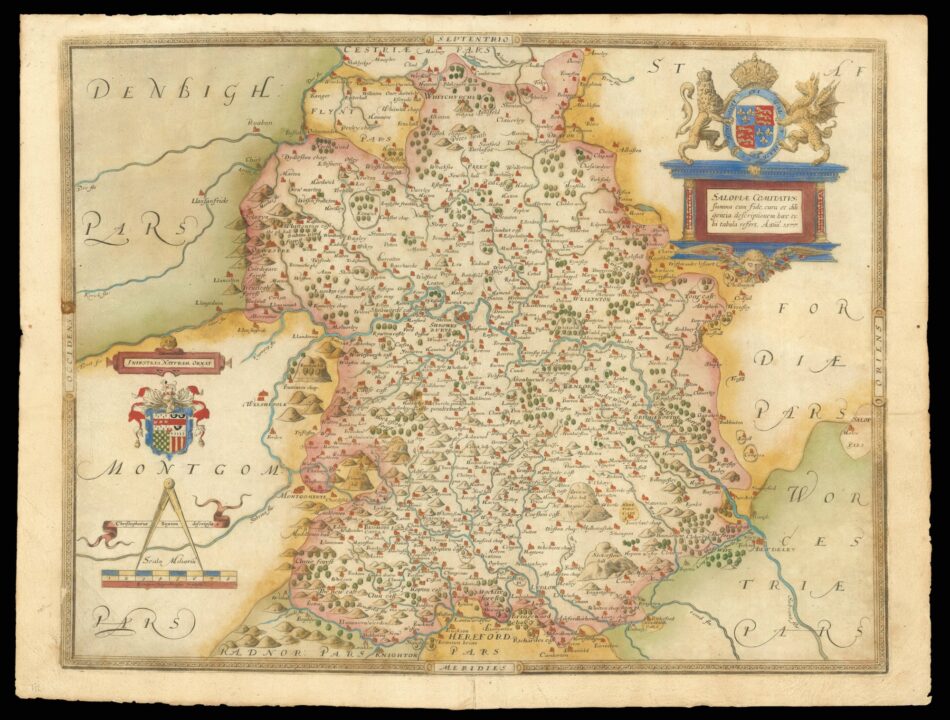