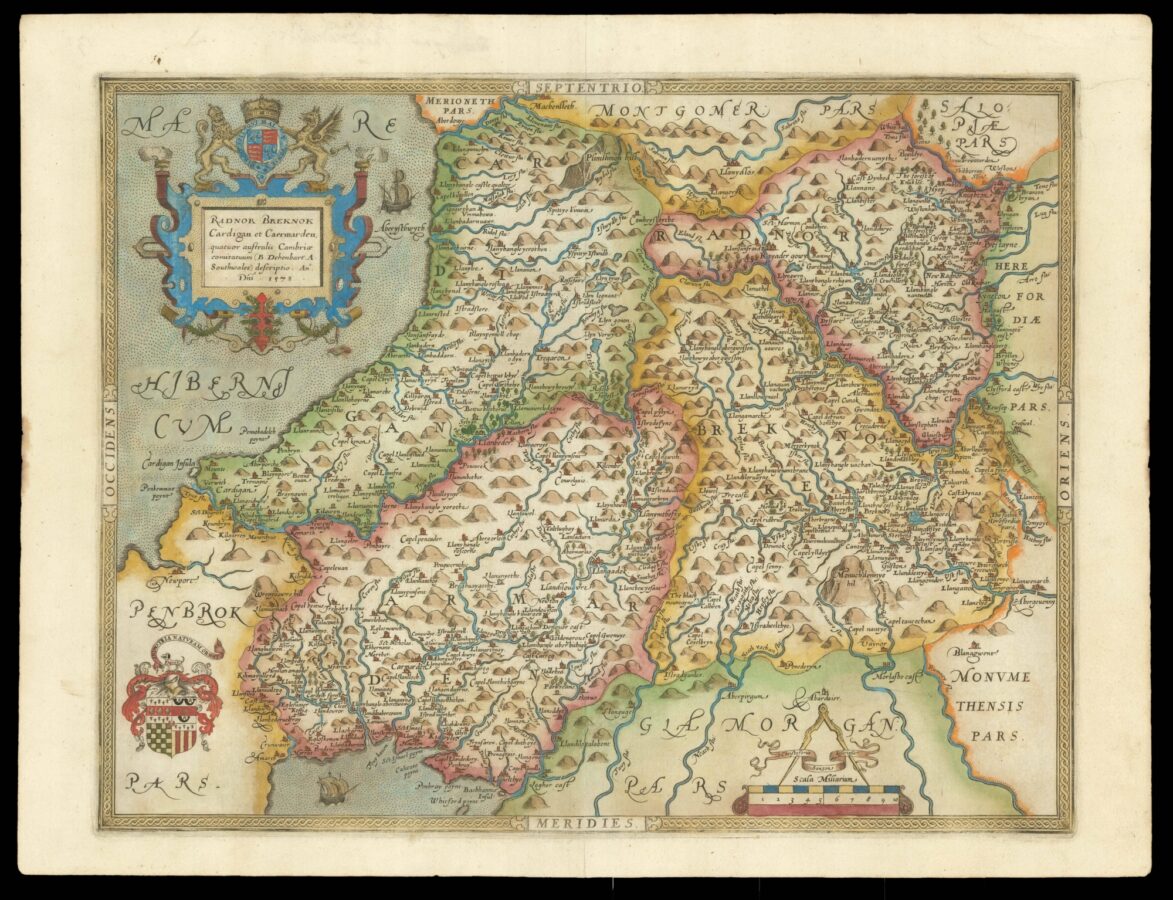 In 1575, Christopher Saxton was authorised by the Queen’s Privy Council to survey and map the counties of England and Wales, a task which he had completed by 1579, when the resulting maps were compiled and published in his seminal ​‘Atlas of England and Wales’. On this map, the Welsh counties of Radnor, Breconshire, Cardiganshire and Carmarthenshire are presented together, but distinguished in colour. It is the first map to show cartographic representations of any of the four counties. With Wales having been officially incorporated into the Tudor kingdom by the 1536 Act of Union, it was essential for the Queen and her government to have accurate information about its settlements and landscapes. These are represented pictorially on this map, with hills, rivers, woodlands, towns and villages illustrated and labelled. The region of Radnor that borders Hereford receives particular attention, as do coastal areas, as places that might be of administrative or defensive importance. On undertaking his journey into Wales, Saxton was issued with a warrant instructing all Welsh magistrates to supply him with Welsh-speaking guides; these aids surely proved necessary in helping the cartographer to record locations such as Llanyhanglemantbrane, Blaynllynuye and Llestinan Kethitalgarth.

In the upper left corner, a bold blue cartouche containing the names of the counties in Latin, is surmounted by the royal coat-of-arms, flanked by the English lion and Welsh dragon. In the lower corner, the Seckford family crest is accompanied by its later Latin motto, in honour of Saxton’s patron, Thomas Seckford. On the opposite side, a banner identifying Saxton as cartographer is wrapped around the map’s scale, which corresponds to the broad area surveyed in this map. Strangely, the name of the engraver is omitted, but it is likely to have been one of the small team of craftsmen identified on the other maps in Saxton’s ​‘Atlas of England and Wales’. The decorative nature of these features, along with the map’s ornate outer-frame, bold colouring, and its illustrations of Elizabethan galleons at sea, all point towards its aesthetic value alongside its functional utility. Additionally, like all the maps in the atlas, this map bears Saxton’s watermark, a bunch of grapes, to identify the work as original. 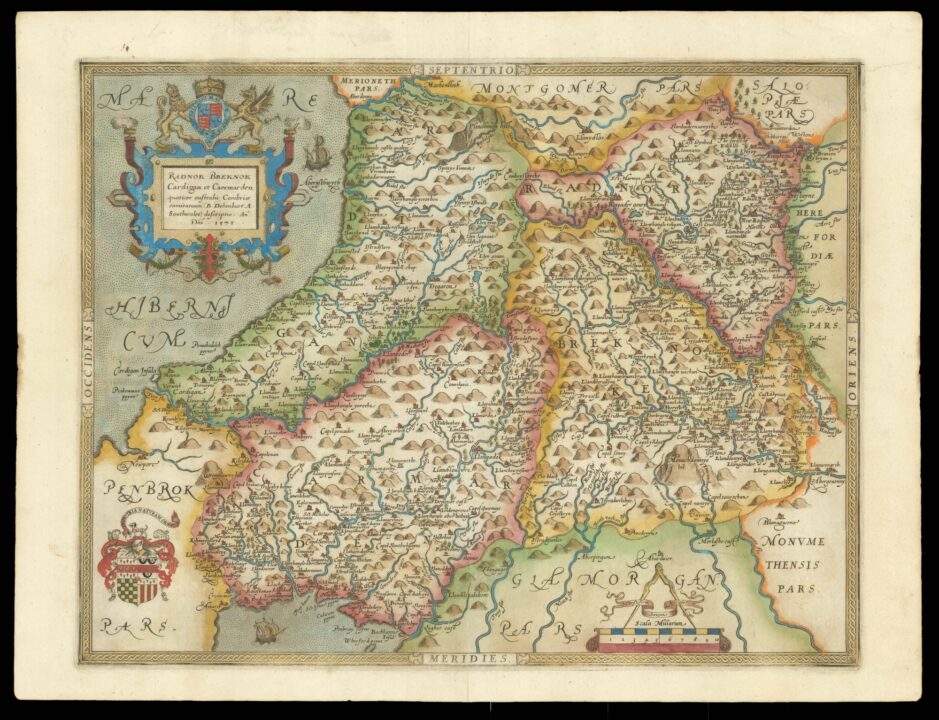 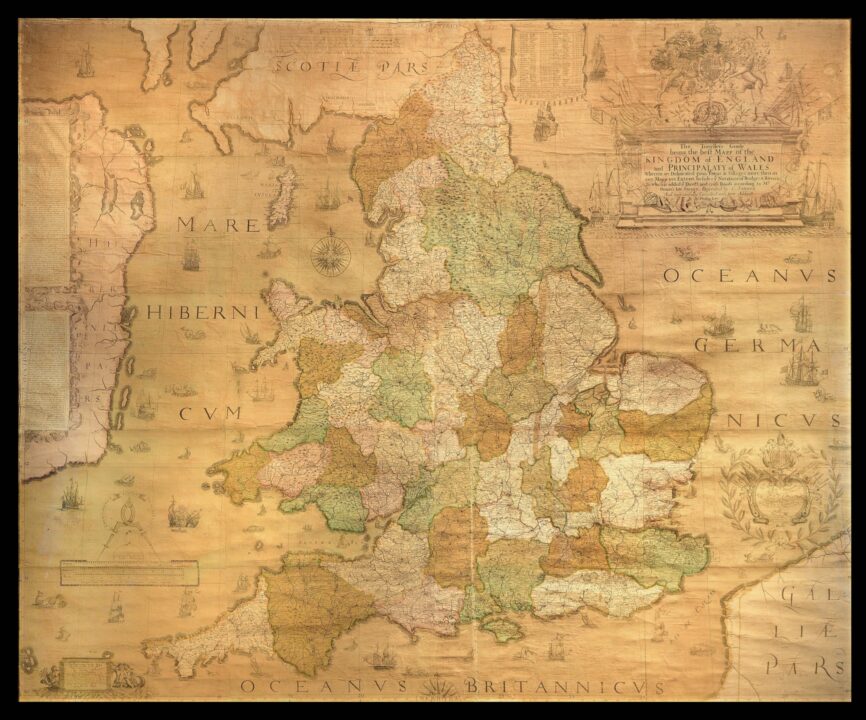 Christopher Saxton 1583, but c1716
The Travellers Guide being the best Mapp of the Kingdom of England and Principality of Wales

Wherein are Delineated 3000 Towns & Villages more than in any Mapp yet Extent besides ye Notations of Bridges & Rivers &c. To which is added ye Direct and cross Roads according to Mr Ogilby’s late Survey. Described by C. Saxton And now carefully Corrected with New Additions by Phillip Lea.