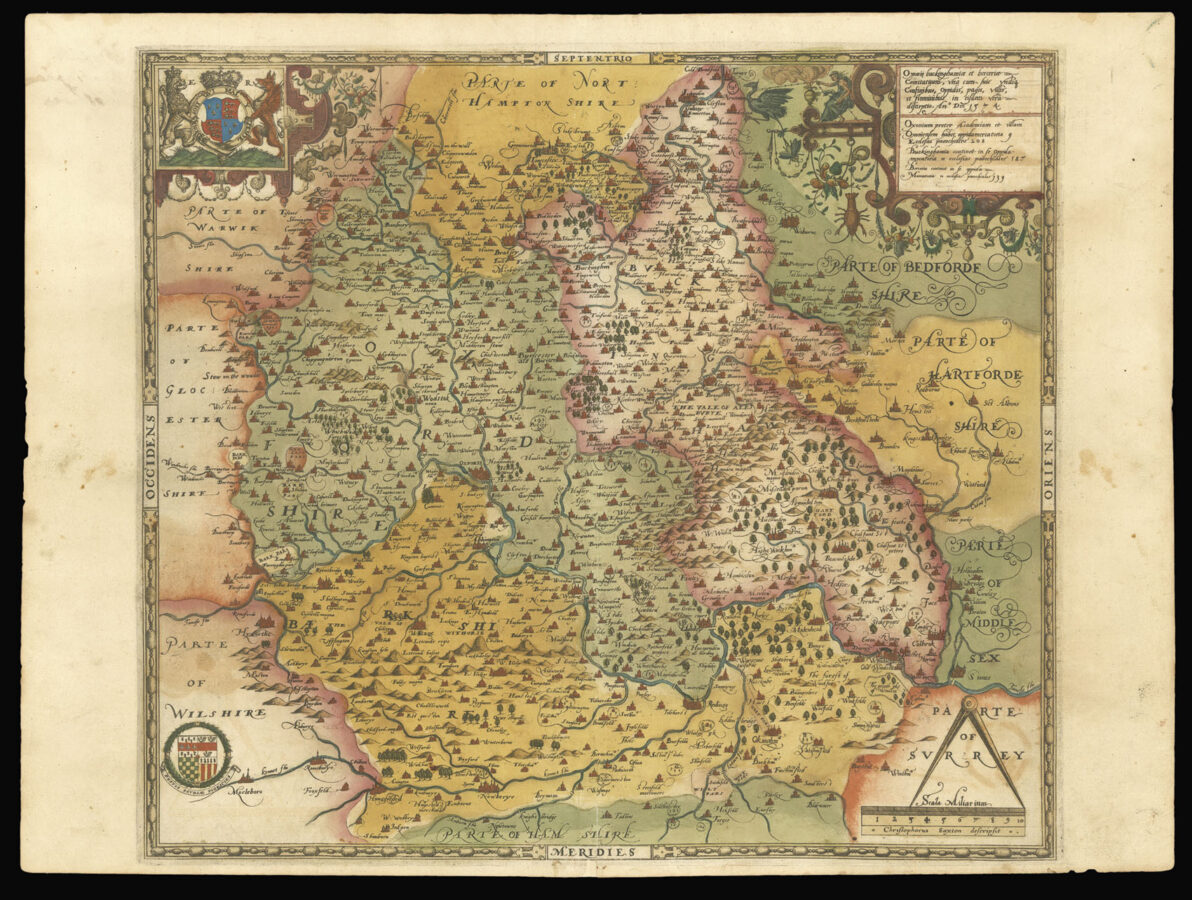 The first printed map of Oxfordshire, Buckinghamshire and Berkshire

Oxfordshire, Buckinghamshire and Berkshire, each boldly distinguished in its own colour, are presented here on the first ever map to show these respective counties. Commissioned by the Queen’s Privy Council in 1575, Christopher Saxton surveyed the landscape, settlements and estates of England and Wales. The results were represented on 35 maps compiled into the first national atlas, his ​‘Atlas of England and Wales’. The densely packed features of this map are all labelled with their English names in sixteenth century form, while the surrounding counties are recorded in Latin. Major cities, such as Oxford, Uxbridge and Dunstable, are denoted by more elaborate illustrations than the single buildings used to signify minor towns, while at Windsor a small but detailed image of the royal castle can be seen. This map not only offers the typical markers of locations, bridges, hills and rivers, but also records of the number of parishes and merchant towns contained within each county, written in an elaborate cartouche in the upper right corner.

Directly opposite another detailed cartouche contains the royal coat-of-arms, as it appears on all of Saxton’s maps, along with the Seckford crest in the lower left corner, here featured with its early Latin motto ​“pestis patriae pigricies”. The scale in the lower right corner attests to the expansive area covered by this map, and contains a banner identifying Saxton as the cartographer, although it fails to record the engraver. There is no evidence that Saxton engraved any of the copper plates used to print his maps, but employed a team of seven English and Flemish craftsmen to carry out the task. Additionally, like all the maps in Saxton’s ​‘Atlas of England and Wales’, this map bears his watermark, a bunch of grapes, to identify the work as original. 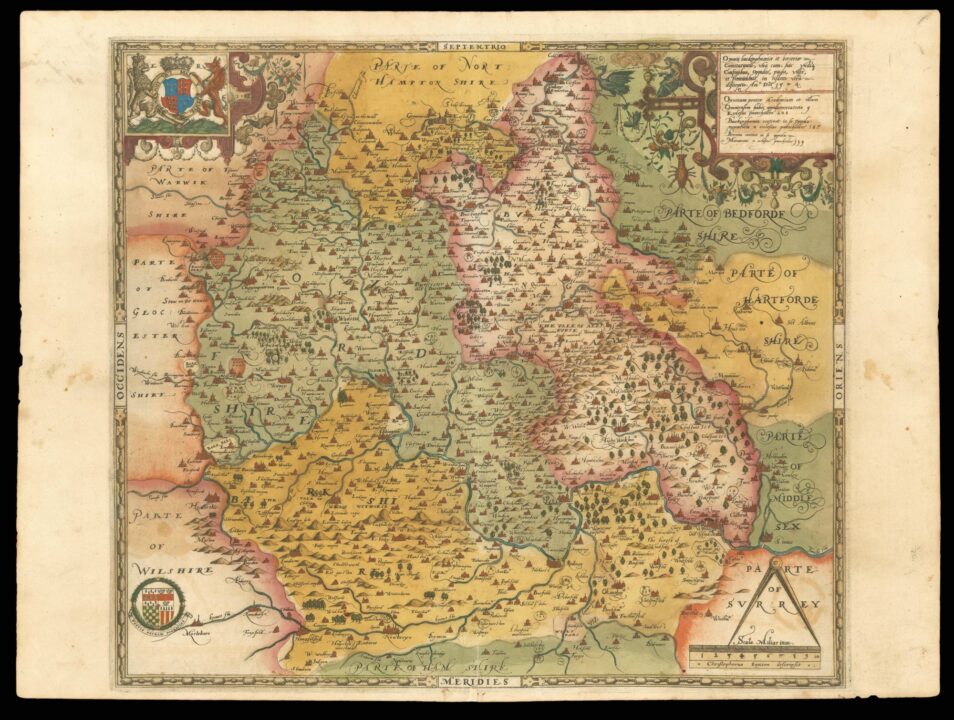