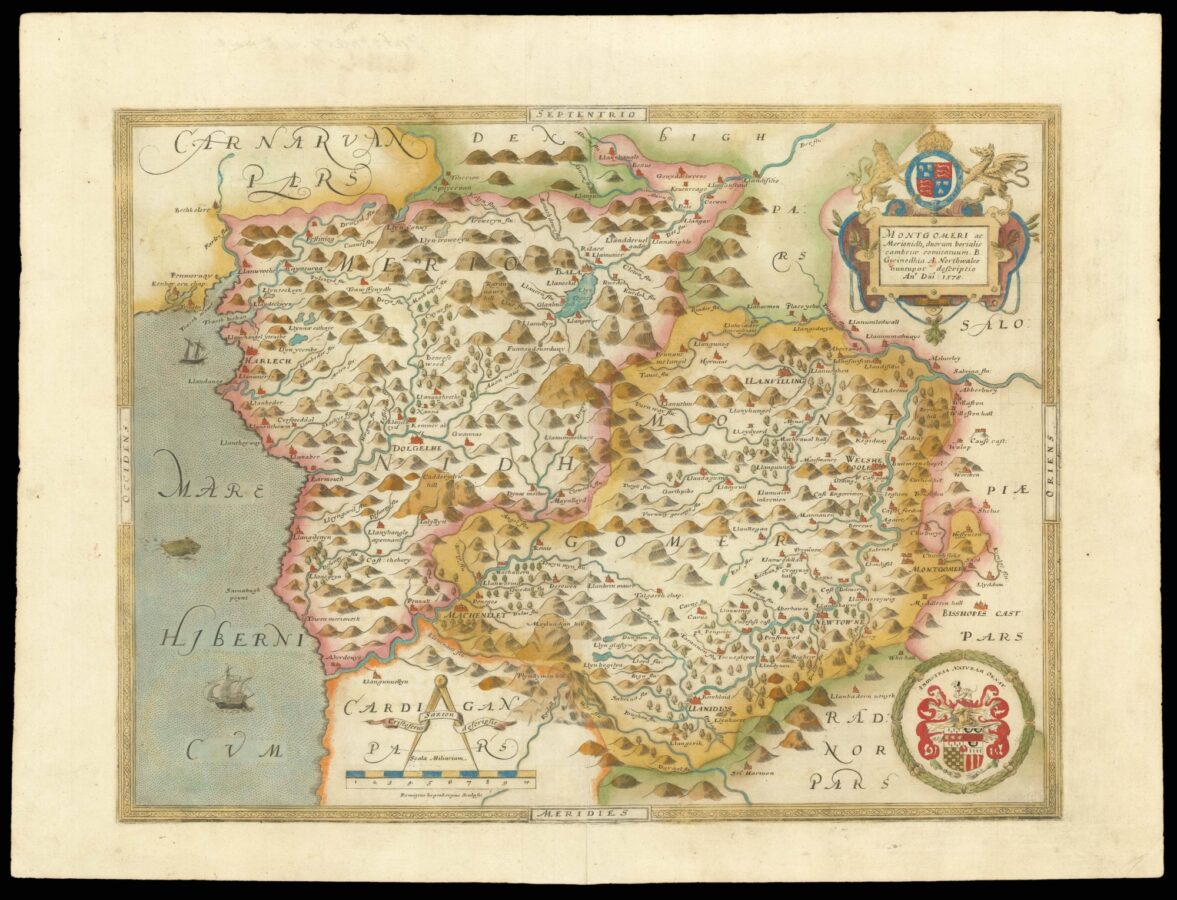 The first printed map of Montgomeryshire and Merionethshire

In 1575, Christopher Saxton was authorised by the Queen’s Privy Council to survey and map the counties of England and Wales, a task which he had completed by 1579, when the resulting maps were compiled and published in his seminal Atlas of England and Wales. His commission led the cartographer to the remote counties of Montgomeryshire and Merionethshire in 1578, charged with mapping their landscape and settlements for the very first time. From this map it seems clear that the cartographer was struck first and foremost by the hills; both counties are expressed as highly mountainous areas, with the hills of Merionethshire particularly prominent. Similarly, the rivers and lakes stand out as significant features of the terrain, with far fewer settlements depicted here than on Saxton’s other maps. Nevertheless, several larger towns and estates are included, such as Machynlleth, Harlech, and Montgomery itself, where the castle had been restored earlier in the sixteenth century. It is interesting to note the discrepancy between the English and Welsh maps in the scale of their settlements: here tiny villages such as Bala and Welshpoolare are expressed as collections of buildings equal in size to some of the major cities represented on the English county maps.

In the upper right corner of the map, the Latin county name is enclosed within an ornate cartouche surmounted by the royal coat-of-arms, flanked by the English lion and Welsh dragon. Below this in the lower corner, the Seckford family crest is accompanied by its later Latin motto and encircled by a decorative wreath. On the other side, positioned over Cardiganshire, the map’s scale is found, together with two banners identifying Saxton as the cartographer and Remigius Hogenberg as the engraver. A Flemish craftsman, Hogenberg was responsible for producing many of the copper plates on from which Saxton’s county maps were printed. After printing, artists were then enlisted to paint the maps by hand, devoting much attention to the elaborate crests and cartouches in particular. Along with these, the ships and sea-creatures illustrated in the ocean, and the decorative outer-frame, point to the ornamental purpose of Saxton’s map. Additionally, like all the maps in the ​‘Atlas of England and Wales’, this map bears his watermark, a bunch of grapes, to identify the work as original. 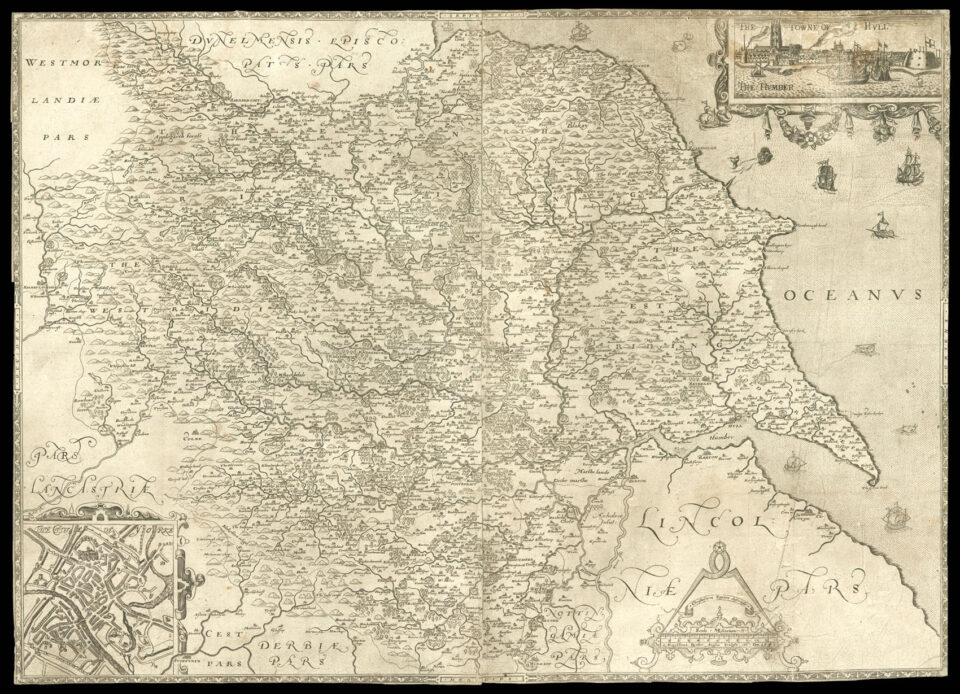