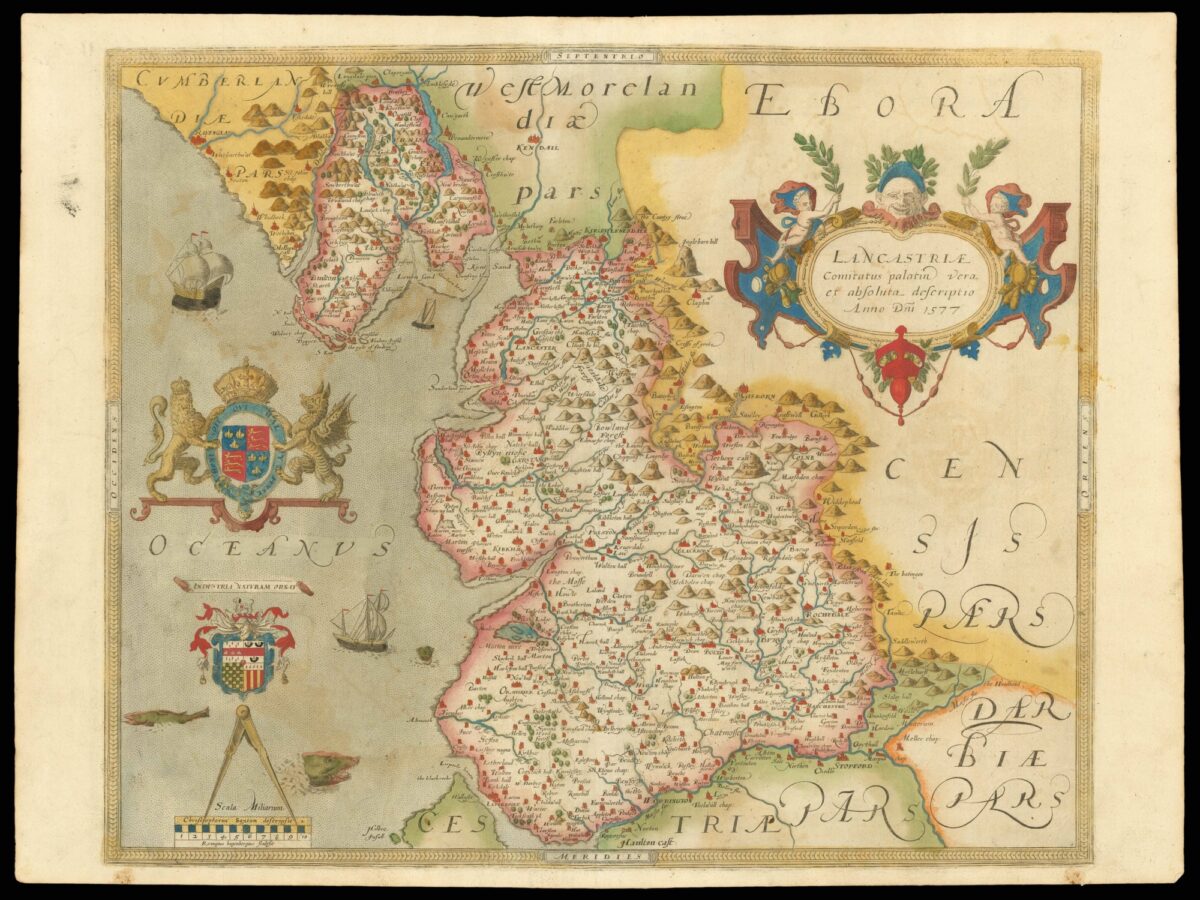 The first printed map of Lancashire

This map of Lancashire is the first county map ever to be produced of the region, created by Christopher Saxton as one in a series of 35 maps found in his seminal ​‘Atlas of England and Wales’. With funding from Thomas Seckford and the authority of the Queen’s Privy Council, the cartographer undertook to survey and chart every county within the two countries. While the central, land-locked counties are often grouped together, those on the coast are documented individually in greater detail. This was because the looming threat of a Spanish naval attack during Elizabeth’s reign meant it was essential to have accurate information about the geography and settlements of coastal areas. Ships, fish and questionable sea monsters feature on the left side of the map, indicating the ornamental, as well as the practical, purpose of the piece. Further inland, rivers, hills, towns and villages are represented by illustrations, differentiated in size and labelled in English.

A boldly coloured cartouche dominates the neighbouring county of York, ornamented with winged cupids and containing the Latin name of the featured county. On the opposite side the royal coat-of-arms is found above the Seckford family crest, accompanied by its later Latin motto. The lower left corner features the map’s scale, below which the names of the cartographer and engraver are written. The creation of the copper plate used to make this map is attributed to Remigius Hogenberg, who was responsible for a number of maps found in the Atlas of England and Wales. Additionally, like all the maps in Saxton’s ​‘Atlas of England and Wales’, this map bears his watermark, a bunch of grapes, to identify the work as original.