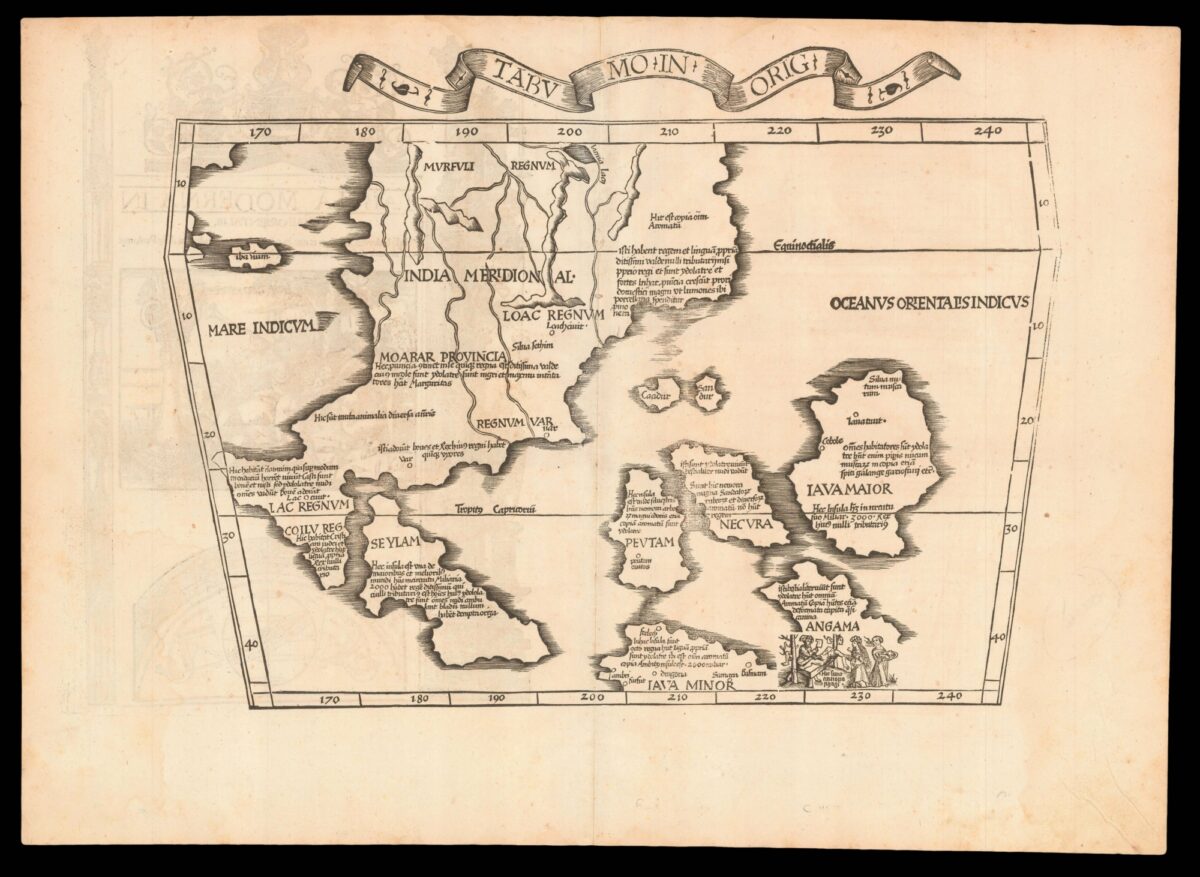 First state of the map of Southeast Asia from Laurent Fries’s edition of Ptolemy’s ​‘Geographia’. The woodblock was subsequently re-carved, removing the title and ribbon banner that appears along the upper edge. The map, which shows the Malay Peninsula, Indochina, and some of the islands of Indonesia, ​“is the first printed map of European origin devoted to Southeast Asia and its islands, and as such is a cartographical landmark, codifying the recognition of Southeast Asia as a distinct entity” (Suarez page 114).
Laurent Fries settled in Strasbourg in about 1519, where he met the printer and publisher Johann Grüninger, who worked with the Saint-Dié group of scholars including Martin Waldseemüller. Grüninger printed several maps prepared by Waldseemüller, and supervised the cutting of the woodblocks for the 1513 Ptolemy. Fries and Grüninger subsequently worked together on Fries’s own edition
of Ptolemy in 1522, in which nearly all the maps were similarly drawn from Waldseemüller’s atlas, however they added three new maps: of the world; of China and Japan; and the current map, based on information as expressed in Waldseemuller’s world map of 1513. Grüninger reissued the atlas in 1525.