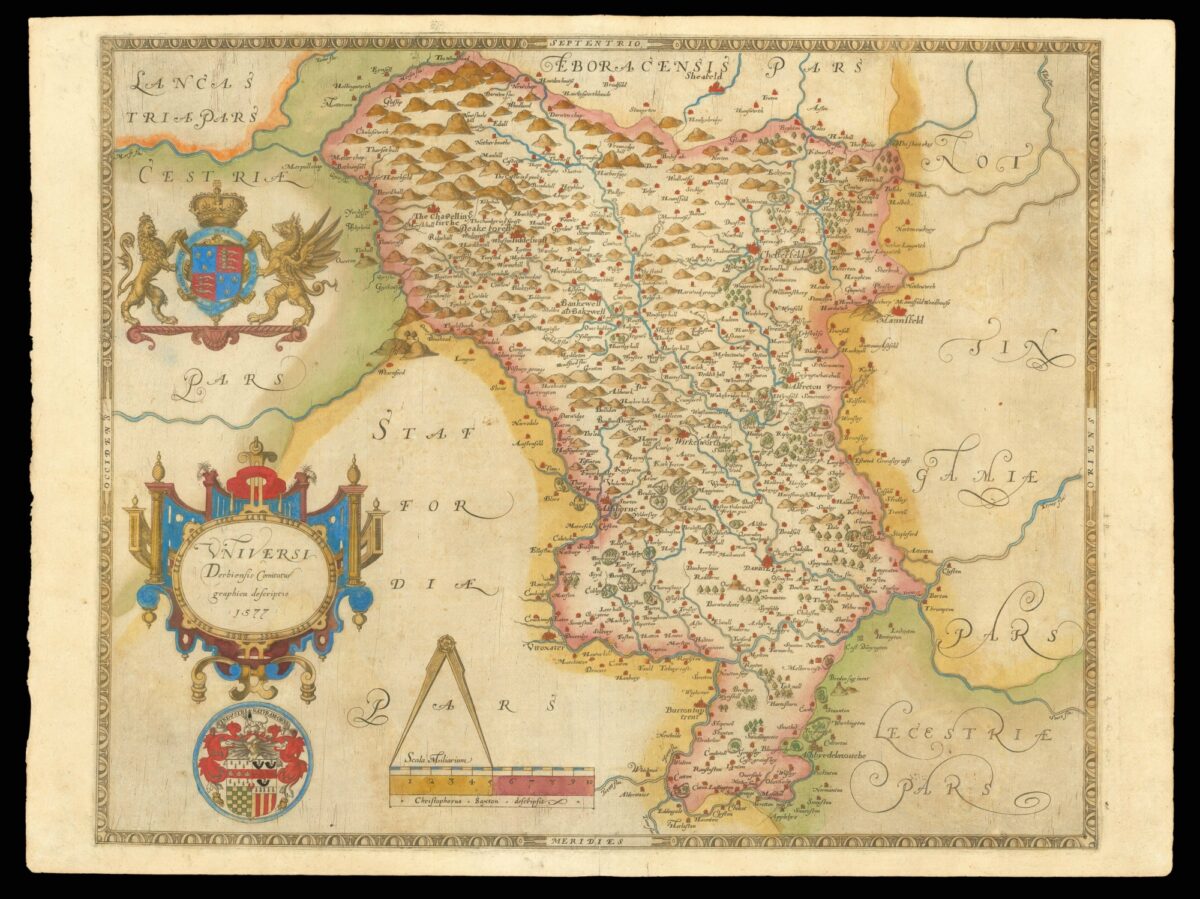 The first printed map of Derbyshire

This is the first map of Derbyshire ever created, made by Christopher Saxton in 1577 as part of the series of county maps that formed his seminal Atlas of England and Wales. While this work was originally used by the officials of Queen Elizabeth I for administrative and defensive purposes, the individual maps later became available as separate sheets, popular library additions for influential residents of the surveyed counties. The landscape and settlements of Derbyshire are here illustrated with the rivers, hills, towns and villages, labelled with their English names. Of particular interest to its contemporary users would have been the estates, pictured as enclosed deer parks, which represent the land owned by the local gentry. One such example is the Peak Forest in the North East of the county, which was then owned by the crown. There are records noting concern about the diminishing number of deer in the estate, and subsequently a permanent steward was appointed to oversee their maintenance. This accounts for the small building featured within the enclosure on the map, labelled ​‘the chamber in ye forest’.

The left side of the map contains the two crests which appear on all of Saxton’s county maps: in the upper corner, the royal coat-of-arms, and in the lower corner, the heraldic crest of the Seckford family accompanied by its later Latin motto. Above this an elaborate cartouche in bold colouring contains the Latin name of the county. The map also features a scale, on which is found Saxton’s name as cartographer, but which fails to note the engraver. From the 33 county maps in the atlas, however, it is apparent that a small team of Flemish and English engravers were responsible for the creation of the copper plates with which the maps were printed. The very plate used to create this map is known to have been in use up until 1720, having been re-engraved at several points. Additionally, like all the maps in Saxton’s ​‘Atlas of England and Wales’, this map bears his watermark, a bunch of grapes, to identify the work as original.