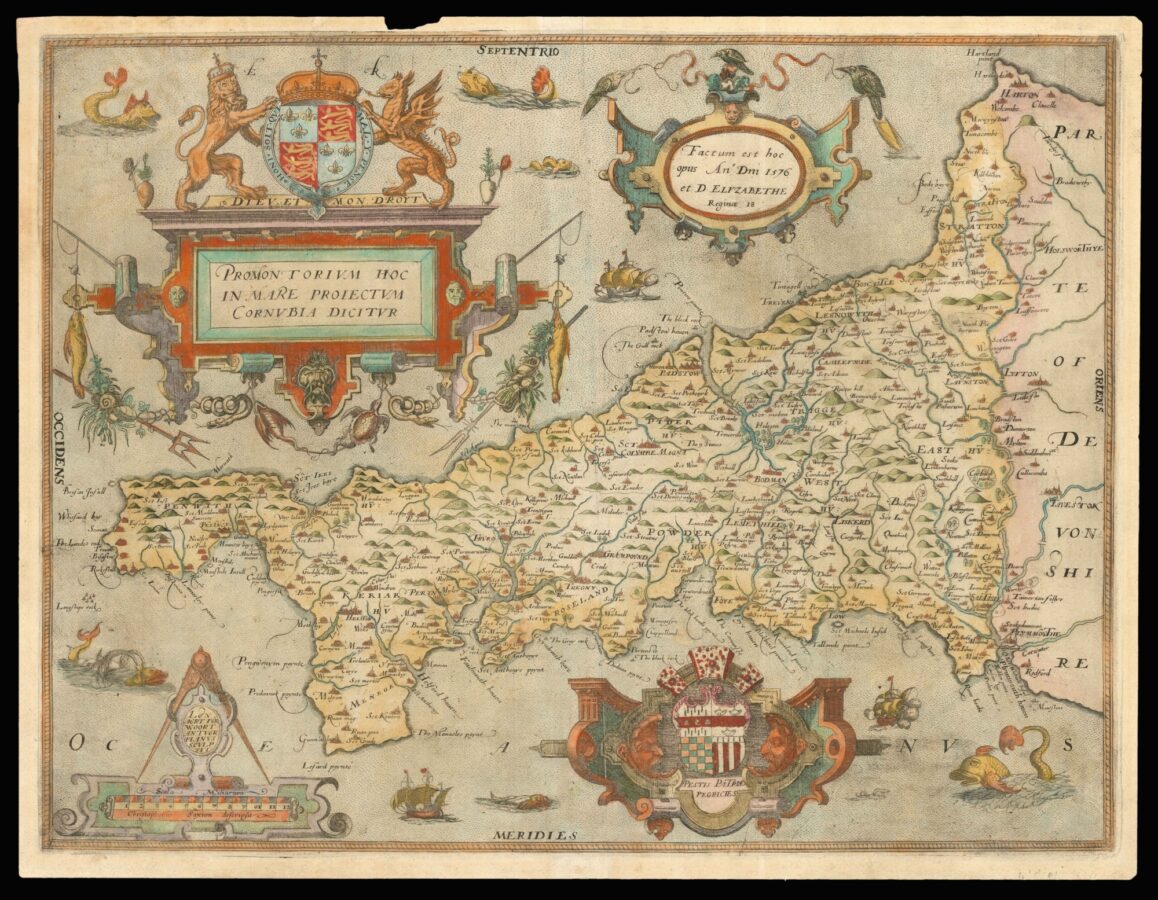 The first printed map of Cornwall