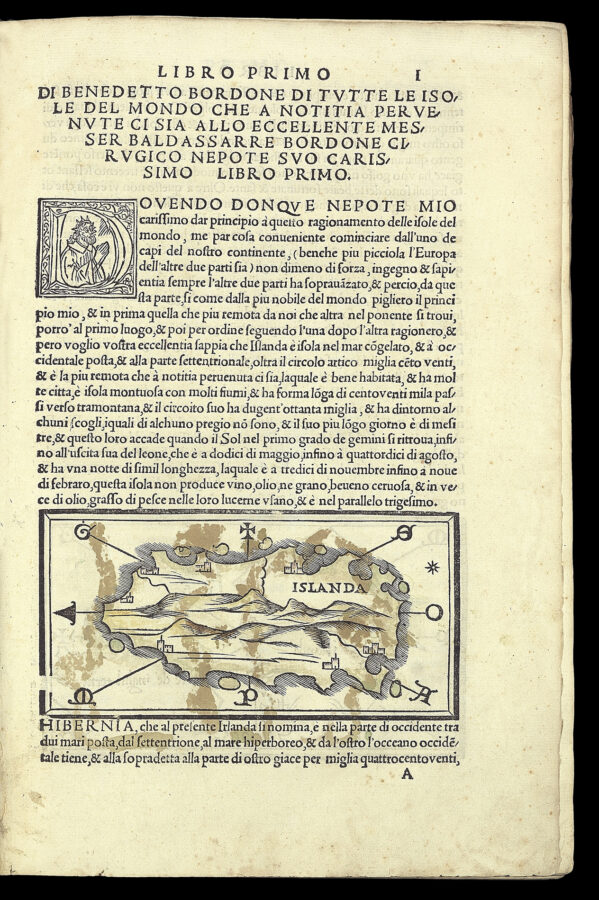 The first printed map to show Iceland separately, based on Ptolemy, and preceding Olaus Magnus’s map of northern Europe, the ​‘Carta Marina’ of 1539.