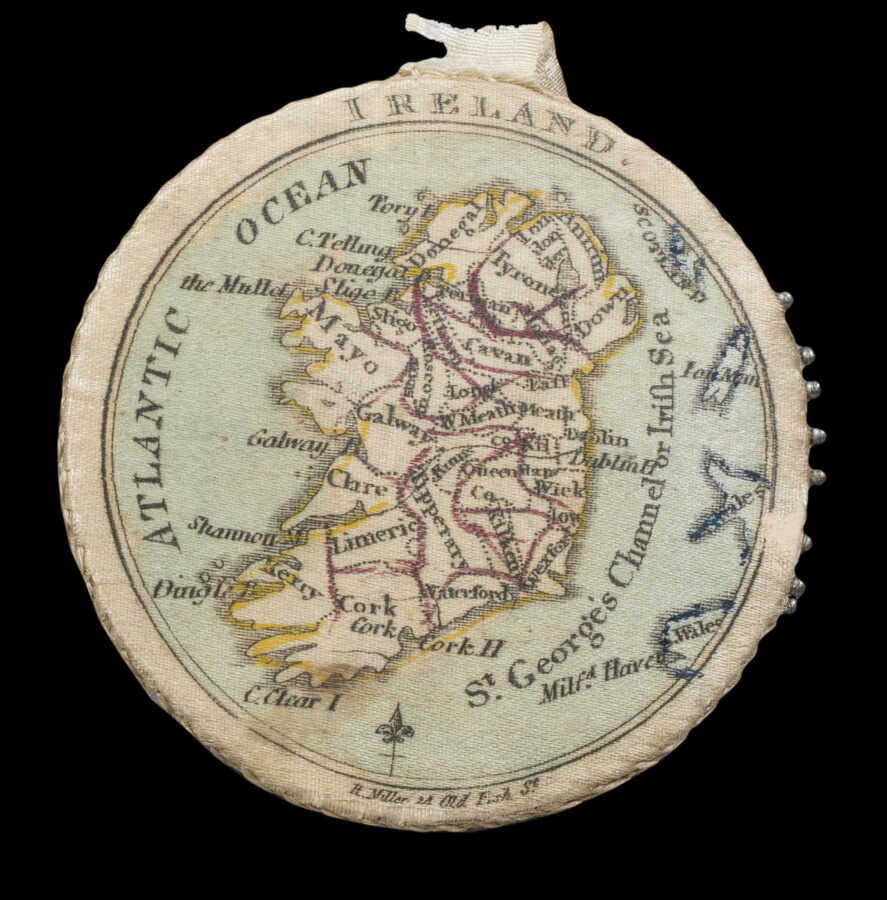 The issuing of pincushions as educational toys for children began in the mid-eighteenth century. In 1744, The London publisher John Newbery advertised, ​‘A little pretty pocket-book’ the first book published specifically for children, and as the title states: ​“intended for the instruction and amusement of little Master Tommy, and pretty Miss Polly: with two letters from Jack the giant-killer, as also a ball and pincushion, the use of which will infallibly make Tommy a good boy, and Polly a good girl”. The work was priced 6d. The addition of a pincushion or a ball, depending on your gender, would set the buyer back an extra 2d.

The burgeoning market for children’s books and educational games grew strongly throughout the latter half of the eighteenth century, with publishers such as Darton, Spilsbury, and Wallis producing a series of game and jigsaw, many of which had a map as their base.

The present examples published by Robert Miller are, according to Geoffery King, the earliest published pincushion maps. Miller a London publisher had premises at 24 Old Fish Street, from around 1810 to 1819 when he was declared bankrupt; his stock would later be acquired by William Darton Junior. Miller did advertise pincushions for sale in his, ​‘A Catalogue of books & fancy articles’ circa 1819, however, they do not bear maps, but instead portraits of notable figures of the day. 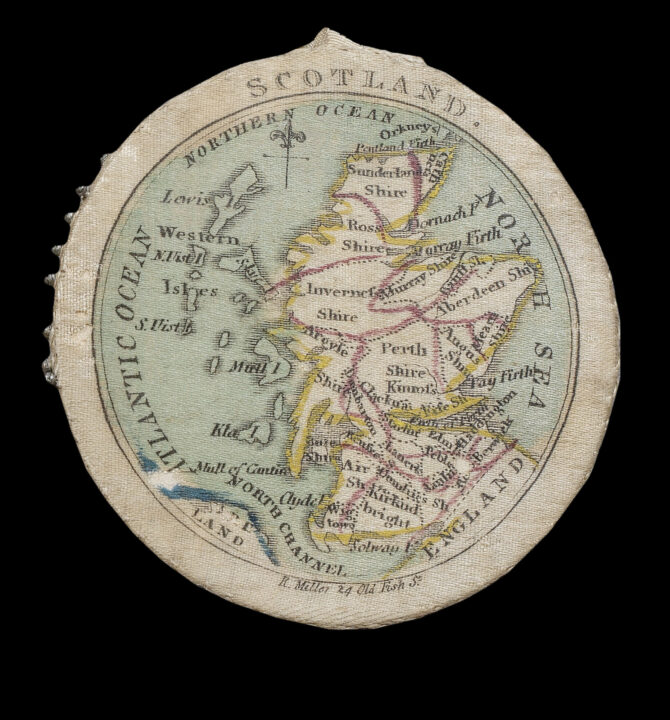