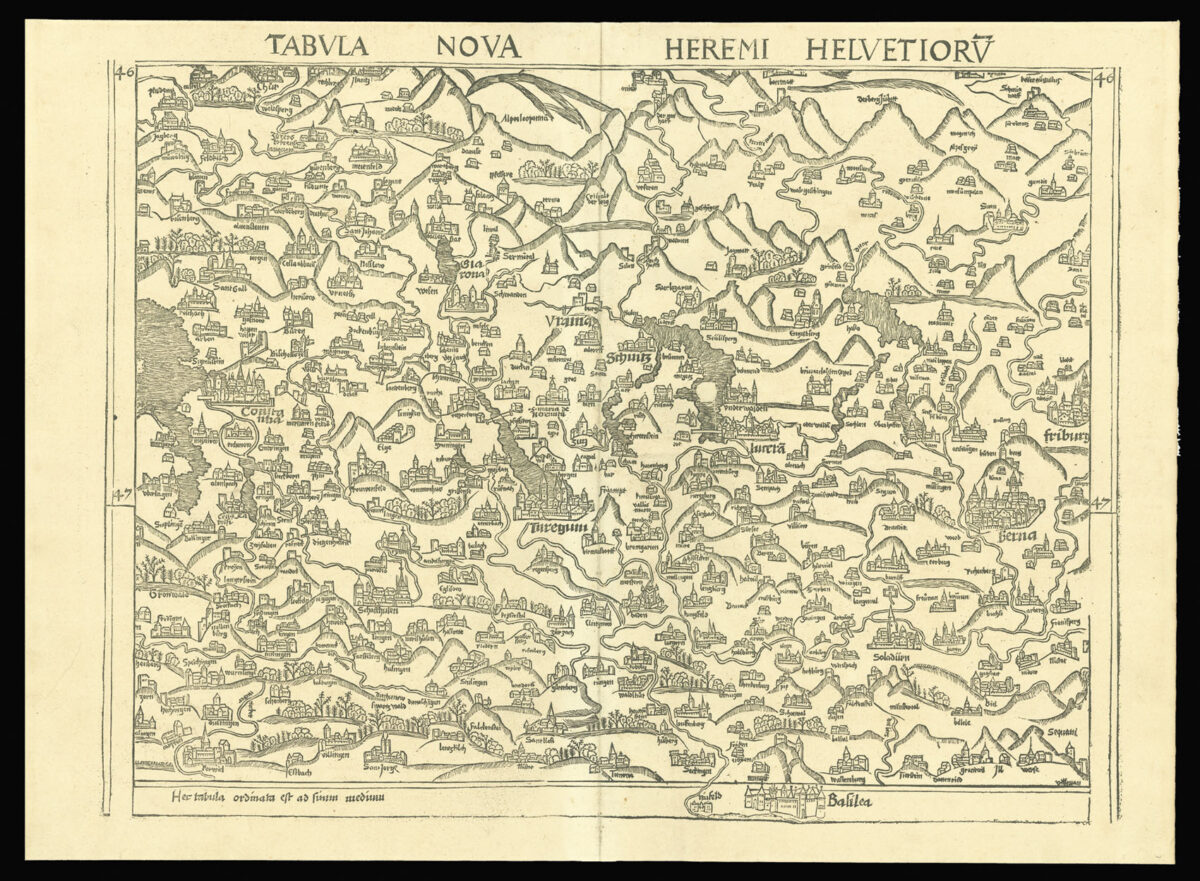 Waldseemuller’s ​‘modern’ map of Switzerland published in the seminal atlas of 1513.

Along with the twenty-seven Ptolemaic maps, Waldseemüller also added a second section of twenty modern maps, which was the first major attempt to break away from the Ptolemaic tradition. The present map of Switzeraland, is the first modern — i.e. non-Ptolemaic — map of the county. It differs stylistically from the other modern maps and was probably adapted from a manuscript map by Konrad Türst of circa 1495.

Martin Waldseemüller was a German scholar and cartographer. He studied under Gregor Reisch at the University of Freiburg, and then moved to Basel in the late 1490s, where he met the printer Johannes Amerbach. In 1506 he moved to Saint-Dié in Lorraine, where Duke René II had established a humanist academy, the Gymnasium Vosagense. Waldseemüller was one of the earliest members, providing expertise in both cosmography and theology. It was at the Gymnasium that he met Matthias Ringmann and Jean Basin de Sendacour, with whom he would collaborate on his greatest geographical work. The trio had originally aimed to produce a new edition of Claudius Ptolemy’s Geographia, inspired by the versions already published throughout Europe. However, this idea was abandoned after they read about Amerigo Vespucci’s voyage to the Americas. Together with Portuguese accounts of circumnavigating Africa, proving that the Indian Ocean was not landlocked, they dealt a serious blow to Ptolemaic geography. Instead, they decided to create a map which compared Vespucci’s geographical information with Ptolemy’s, along with an explanation of why they had deviated from Ptolemy’s precepts.