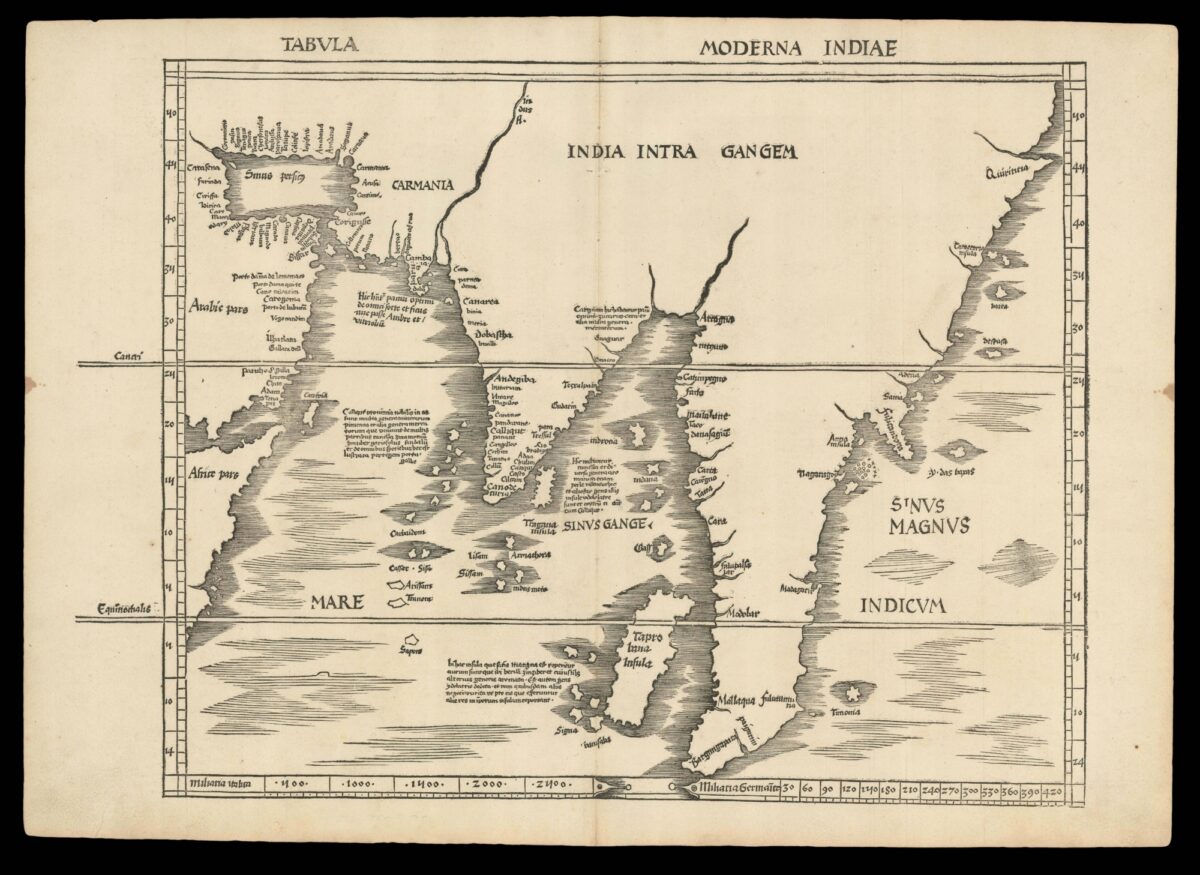 By PTOLEMAEUS, Claudius; and Martin, WALDESEEMULLER, 1513

Martin Waldseemuller’s map of Southeast Asia from his 1513 edition of Ptolemy’s ​‘Geographia’.
Along with the twenty-seven Ptolemaic maps, Waldseemüller also added a second section of twenty modern maps to his atlas, which was the first major attempt to break away from the Ptolemaic tradition. Cartographically, the ​“modern” map of Southeast Asia is deeply indebted to the Cantino world map. This manuscript map gained its name from Alberto Cantino, an agent of the Duke of Ferrera, who, in 1502, successfully bribed a Portuguese cartographer to provide him with a map based upon the latest Portuguese discoveries. This would not be the first, or the last, time that espionage would be used to gain the latest cartographic knowledge.
The Waldseemüller map follows the Cantino delineation with an arrow- shaped Indian subcontinent and a Malay peninsula, which is greatly exaggerated and extends too far south; Ceylon and Sumatra are both named ​‘Taprobana’ due to the confusion over textual sources such as Marco Polo’s ​‘Travels’. Despite such
geographical anomalies, the ​‘Sinus Magnus’ (Great Bay) is, for the first time, shown as the South China Sea; ​‘Timoria’ (Tioman) is named just off the east coast of
the peninsula, which was a highly important port-of-call for ships sailing from the Indian Ocean to China. The VOC instructed all of its vessels sailing from
Batavia to Siam to put-in to the island. To the upper right is the small peninsula of ​‘Fulicandora’, the first rudimentary depiction of Indo-china.