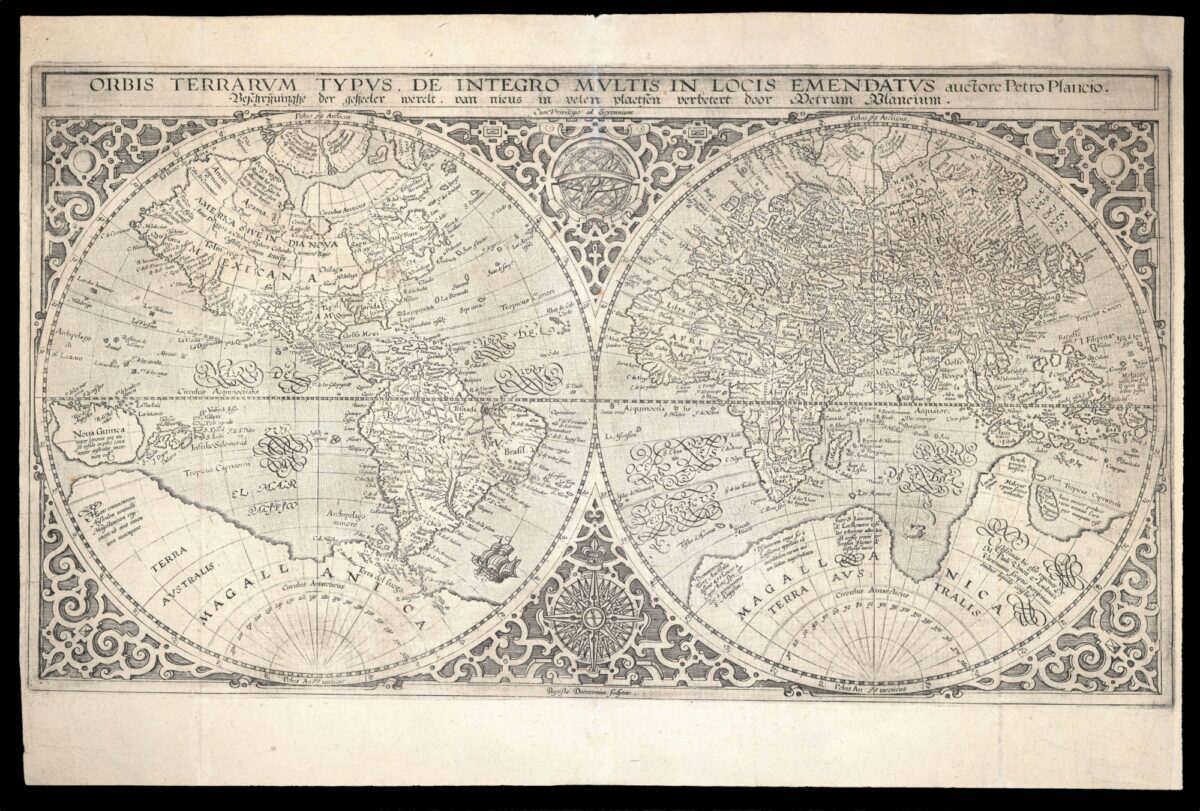 A double hemispheric world map after Mercator’s world map of 1587. The map was produced for a Dutch bible, as here, the present example with the addition of ​‘Magallanica’ to the large southern continent and its attribution to Plancius.

The map ​“incorporates the improvements found on the post-1587 world map of Ortelius including a reshaped South America and the insertion of the Solomon Isles. Plancius has introduced yet further changes of his own, based on the latest Portuguese information regarding the far west coast of America and the west coast of Asia. Japan is shown for the first time (not entirely correctly) as one small and three larger islands” (Shirley).

The world is framed in intricate strapwork, with two smaller circles in between holding a compass rose and an armillary sphere. The regular, symmetrical strapwork is linked to continuing ideas about the size and composition of the universe. The use of small bolts and highlights suggest a metallic frame, echoing the armillary sphere and by extension implying the position of the earth as fixed within an limited universe.

Petrus Plancius (1552–1662) was a Flemish cartographer and theologian, best known for his series of biblical and East Indies maps. He was forced to flee to Amsterdam in 1585 after the Spanish invasion of the Low Countries, for fear of persecution as a Protestant minister. There he began his cartographical career, studying Portuguese charts and becoming friends with the explorer Henry Hudson. He eventually became the first hydrographer for the Dutch East India Company, and produced a series of maps showing routes to the Far East. 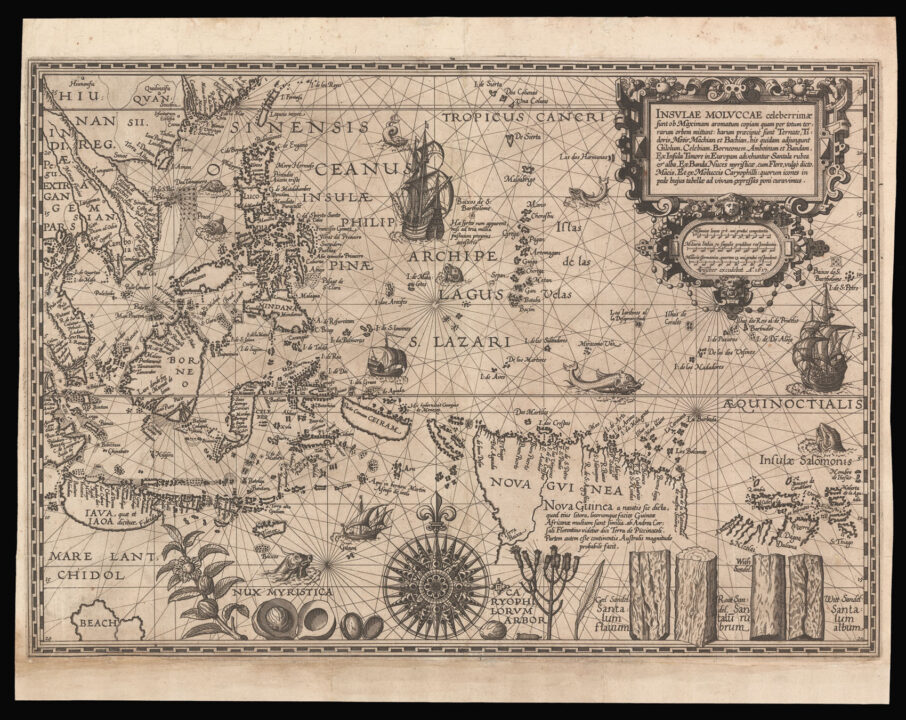