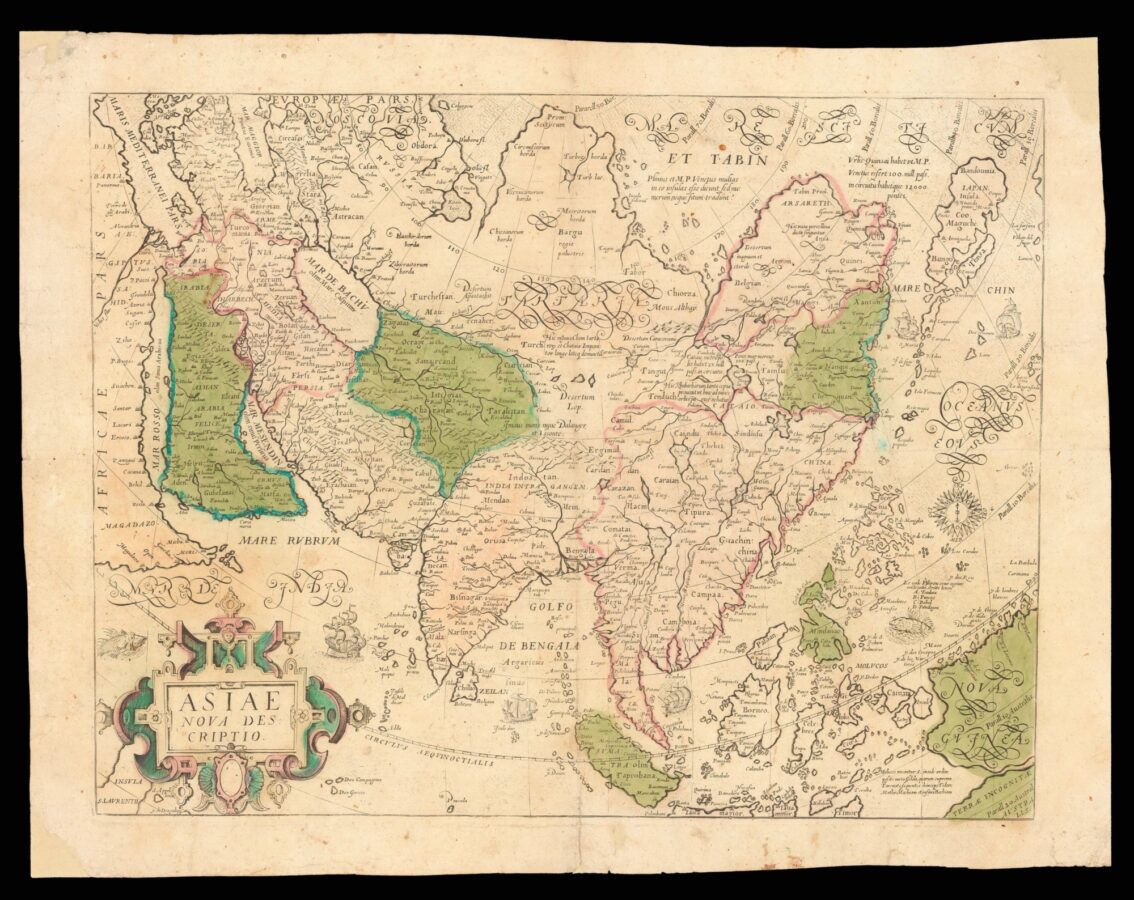 The first map to accurately depict Luzon in the Philippines

Mazza’s work is notable as the first map to accurately depict and name Luzon.

​“Ortelius flourished just a bit too early to have mapped the ​‘true’ island of Luzon. That omission was subsequently corrected by the Italian geographer Giovanni B. Mazza on a separately published adaptation of Ortelius’ map of the Asian continent. Probably dating from around 1590. Mazza adds ​‘Luconia’ (Luzon) in a roughtly recognizable shape” (Suarez)

Little is known about Govanni Battista Mazza an engraver working in Venice at the end of the sixteenth century. He is known to have engraved a magnificent world map for Giuseppe Rosaccio in 1597, and the present map is part of a set of the four continents.

The present example is an unrecorded second state with the imprint of Mazza and Rascicotti erased.

Rare; we are only able to trace one institutional example of the first state: The National Library of Asutralia.