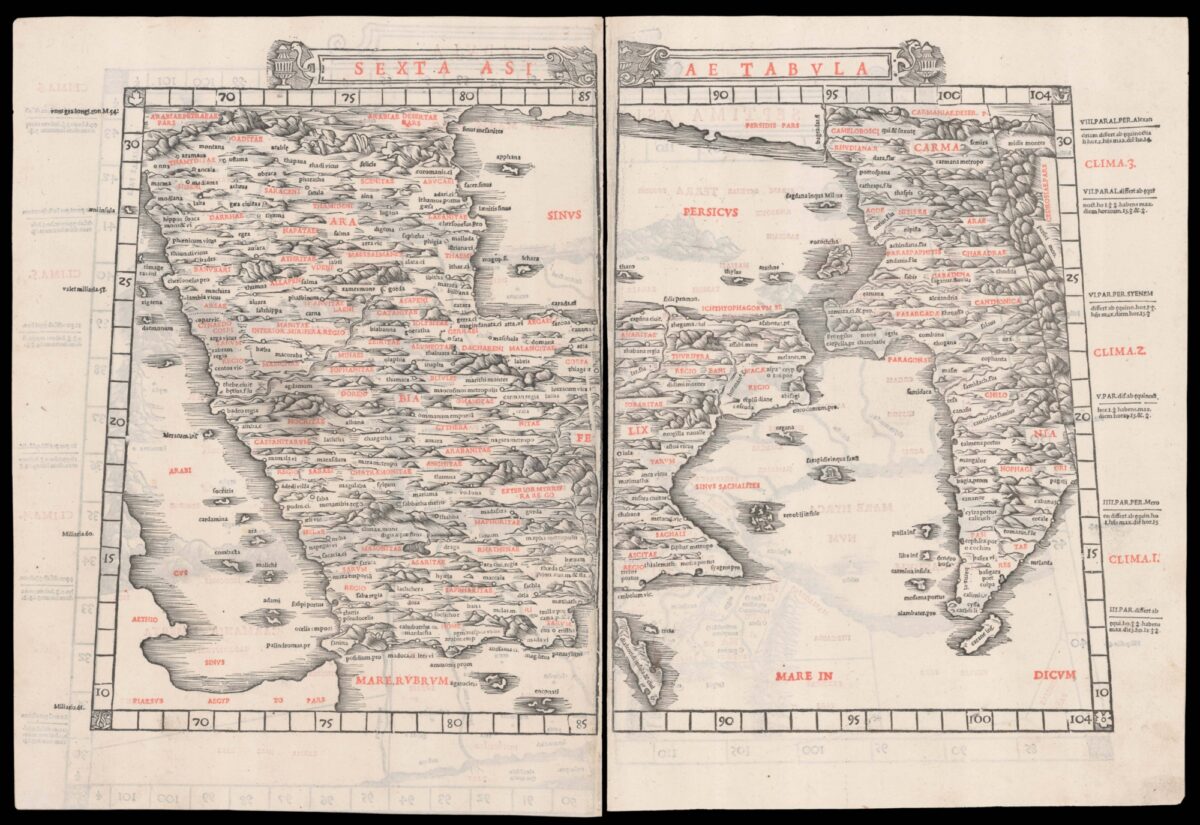 A very fine example of Sylvanus’ map of Arabia printed in his Venetian edition of Ptolemy’s ​‘Geographia’.

It is also one of the earliest examples of two-colour printing in cartography, with the major regional names printed in red, others in black, using inset type. Woodward suggests that the dual-colour printing style is done to mimic contemporary portolan charts, which used black and red to distinguish toponyms of various importance. The text in the book says that it used the maps of navigators to update Ptolemy’s original work, and the influence may also have extended to the aesthetic (Woodward).

Sylvanus had already produced an edition of Ptolemy in Naples in 1490, but this was to be based on different principles. He explains in a preliminary note that Ptolemy’s work must be updated, and adds that as Ptolemy himself used the work of navigators, so will he. Sylvanus was trying to tread a delicate line between critics of Ptolemy’s work and those who appreciated the framework provided by the classical geographer (Dalche).‘