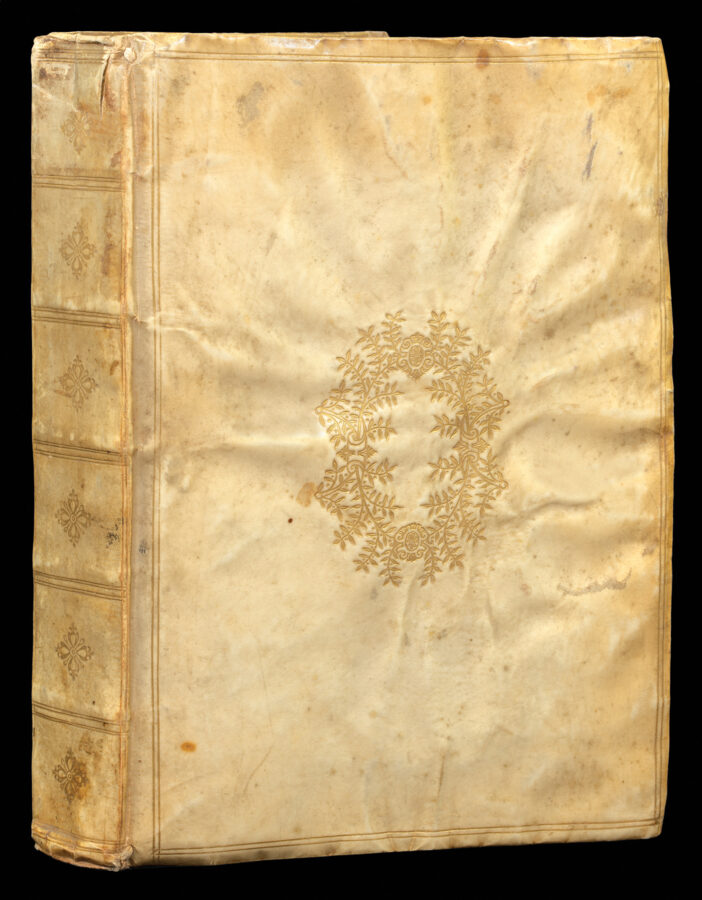 First published in 1583 and continuously expanded account of the events in the Eighty Years’ War from the Spanish point of view. The events described in this edition cover the period between 1559 and 1583, and contains a splendid folding map representing the Low Countries in the form of a lion: the first ​“Leo Belgicus. The text to the far right on the map is both an introduction to the lion and an apologia. The lion is introduced ​“in such a form as it has never been seen before, in order that you will better understand the description of the various parts it comprises”. The text goes on to affirm Aitzing’s and the lion’s neutrality in the ongoing war, and reassures the reader that ​“you will find everything more truthful and acceptable since we personally observed and verified all the facts on both sides”. He finishes with a plea that his Leo Belgicus will not be studied ​“for the purpose of calumniation but to find out the truth”.

To the far left, in England, is Aitzing’s monogram; and next to it a table with a list of the Stadholders of the XVII Provinces, together with each province’s coat-of-arms, and the number of towns and villages within each province. The upper part of the table bears the acronym M.A.R.I.A., which stood for the names of the five governors of the Provinces between 1559–1579. Between the lion’s feet is text relating to the wars between France and Spain; most notably that between Henry II and Philip II of 1558/1559, in which Aitzing himself fought.

Michael von Aitzing (or Aitsinger or Eytzinger), a descendant of an old Austrian noble family, lived in the Low Countries for many years. 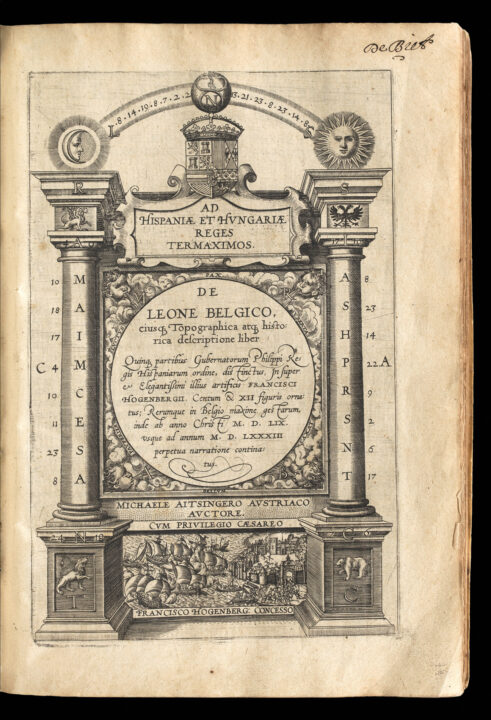 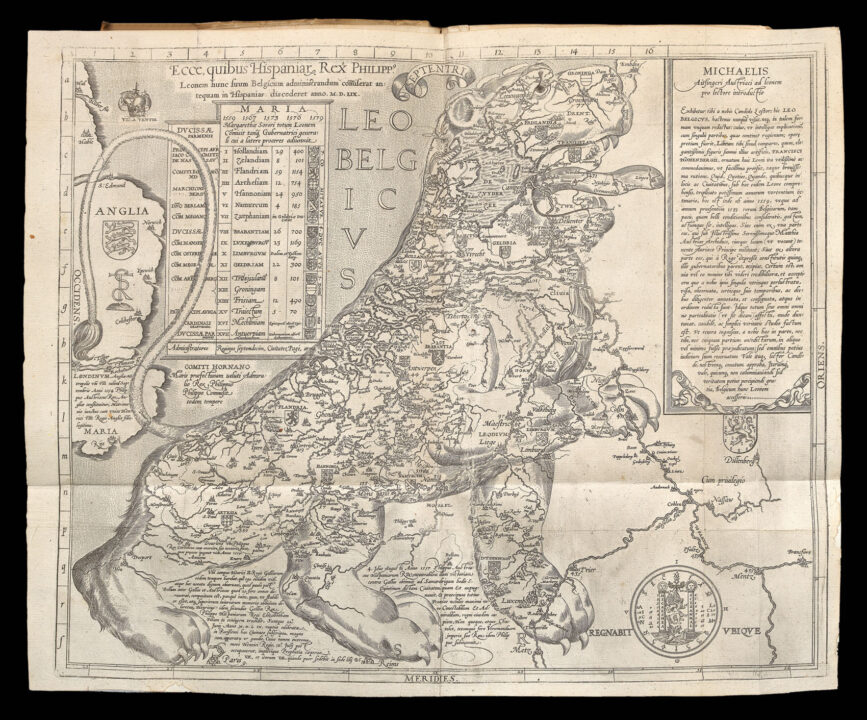 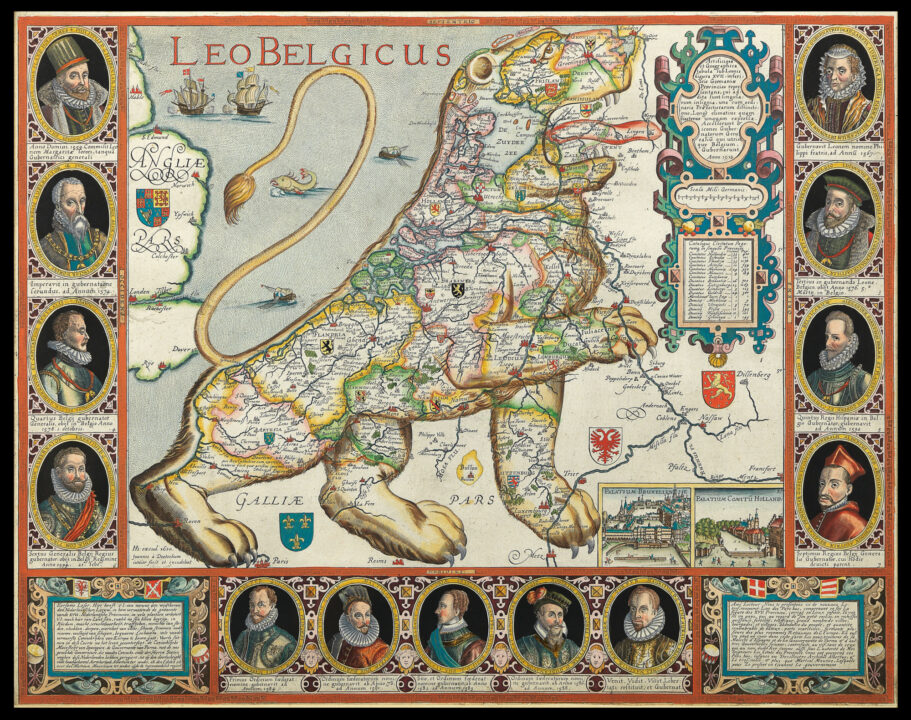