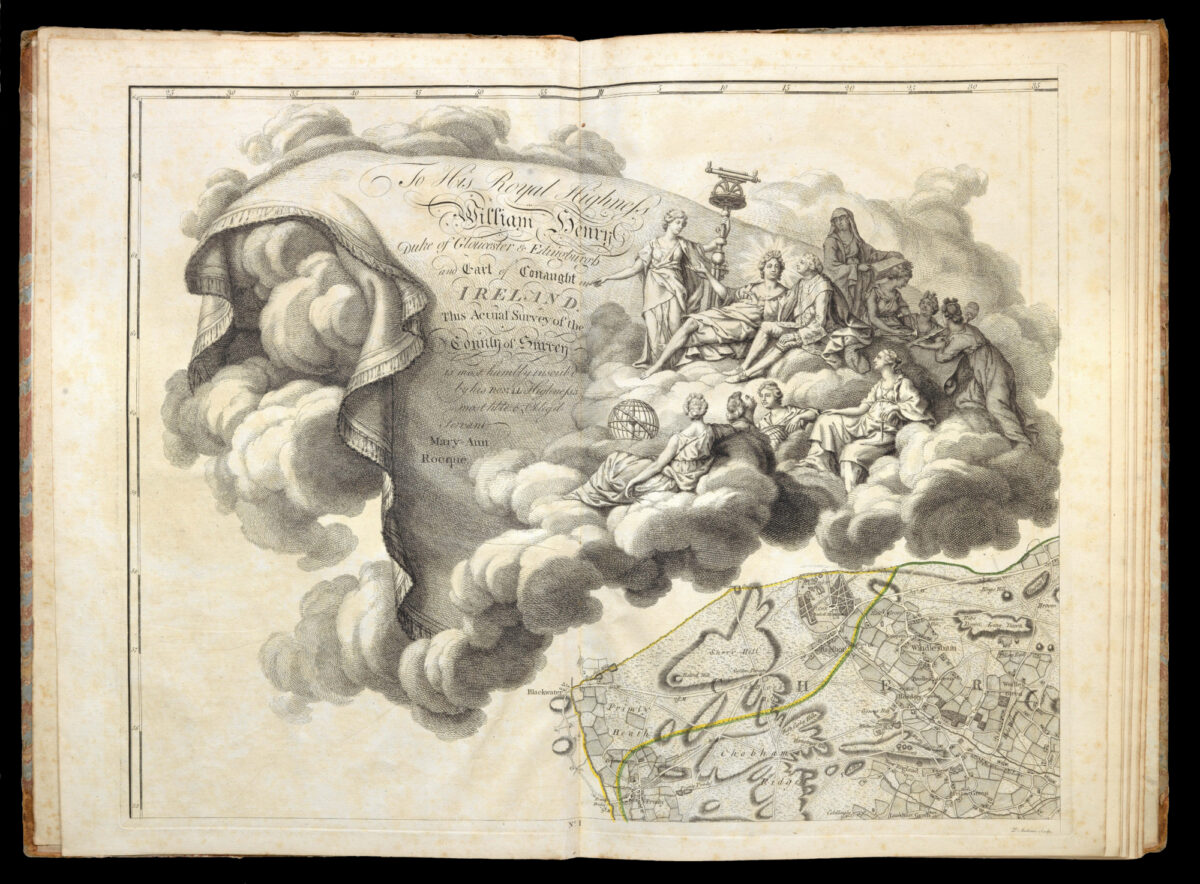 A Topographical Map of the County of Surrey In which is Expressed all the Roads, Lanes, Churches, Noblemen, and Gentlemen’s Seats, &c. &c., the Principal Observations, by the Late John Rocque, Topographer to HIs Majesty, Compleated and Engraved by Peter Andrews. To His Royal Highness William Henry Duke of Gloucester & Edinburgh and Earl of Connaught Ireland. This Actual Survey of the County of Surrey in most humbly inscrib’d by his Royal Highness’s most humble and obliged Servant. Mary Ann Rocque.

The first state of John Rocque’s immensely detailed map of Surrey, identifiable by the omission of the Battersea and Richmond Bridges. The contribution of the Huguenot surveyor and engraver John Rocque (d1762) to English regional cartography is difficult to overstate. He produced fine surveys of Berkshire, Middlesex, Shropshire and Surrey, together with two important maps of London. The Surrey map is no exception — the first of the county on this scale. Following Rocque’s death in 1762 the survey was completed and the plates engraved by Peter Andrews, but it retains Rocque’s unique style, suggesting that most of the survey was finished before his death. It was published by his widow, Mary Ann Rocque, who inherited the business upon Rocque’s death and ran it successfully for some time after: the widows of members of the Stationer’s Company in England were allowed to retain guild membership for life, even if they remarried.

Rocque’s work began with plans of private estates, and expanded to town plans based on surveys commissioned by Rocque himself. These larger town and county plans were a response to a growing demand for improved regional cartography, borne out of civic pride. Rocque’s effort in this sphere were part of a larger effort in British cartography towards more accurate surveying and cartography, but he was the only one of his contemporaries initiating projects on this scale not to declare bankruptcy. His modus operandi was to dedicate each work to an influential or wealthy figure, as the costs of surveys were rarely met by the proceeds of sales. Mary Ann Rocque followed her husband’s example by dedicating their map of Surrey to a wealthy patron. The large and spectacular cartouche in the upper left corner contains a dedication to William Henry, Duke of Gloucester, and includes his portrait. The Duke sits on a cloud, with his attention directed towards the text by Apollo, surrounded by the nine Muses. The globe and telescope of Urania are given particular prominence. The map itself mirrors his previous productions, with a delicate use of hatching to differentiate between arable and pasture allowing land-use to be easily ascertained. It is, however, peculiar in that it is oriented to magnetic north instead of true north, and this may cause a little confusion at first glance.

A map of immense detail combined with clarity of expression, a fine example of a rare large-scale county survey of which only a handful have survived. 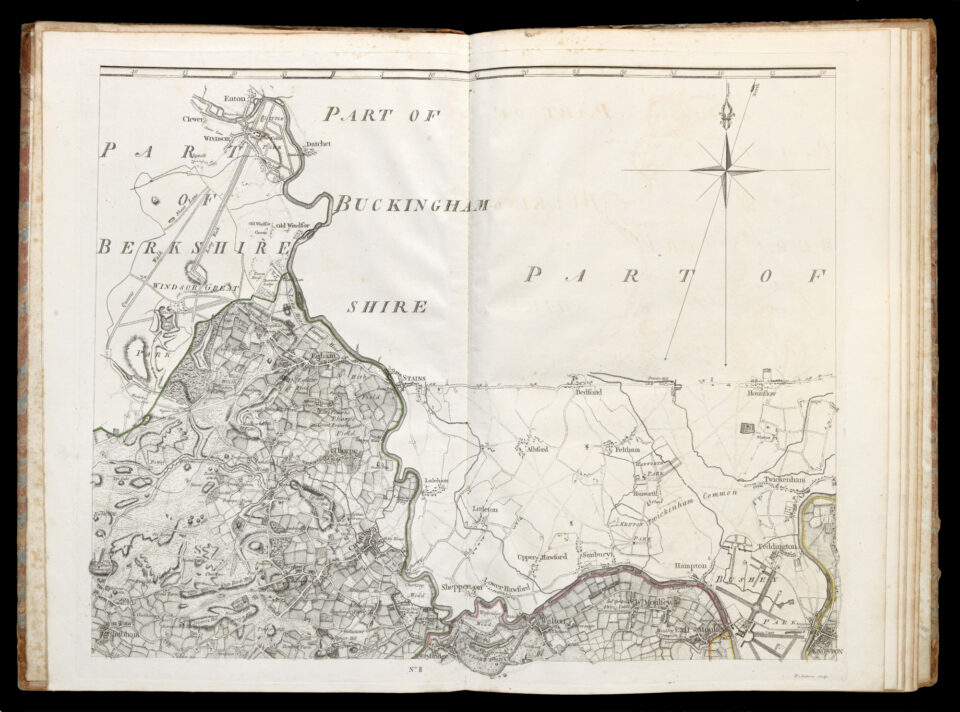 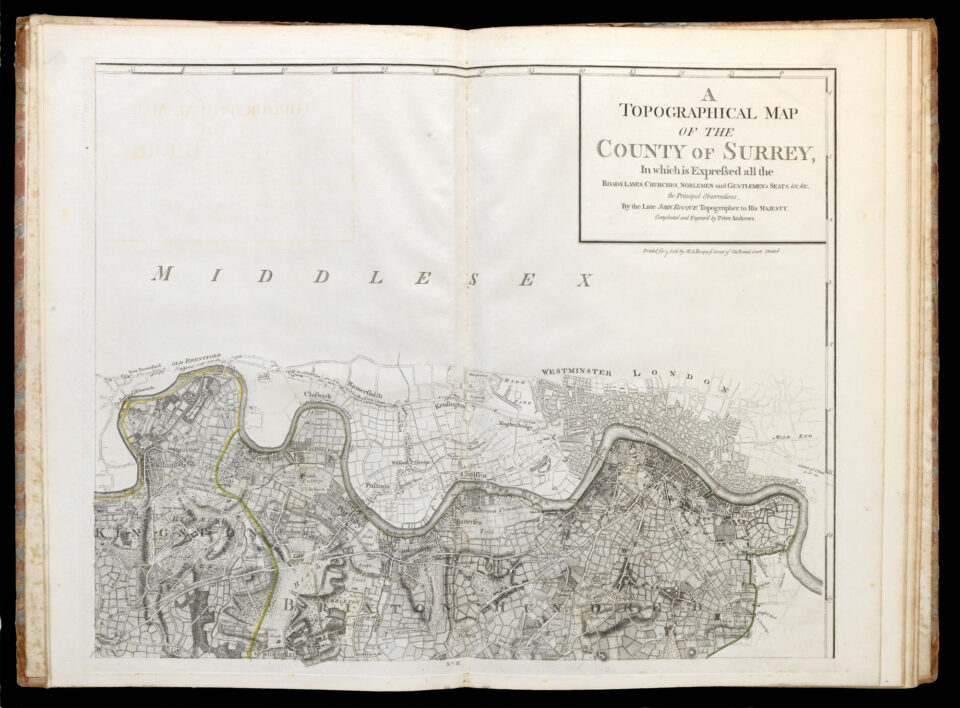 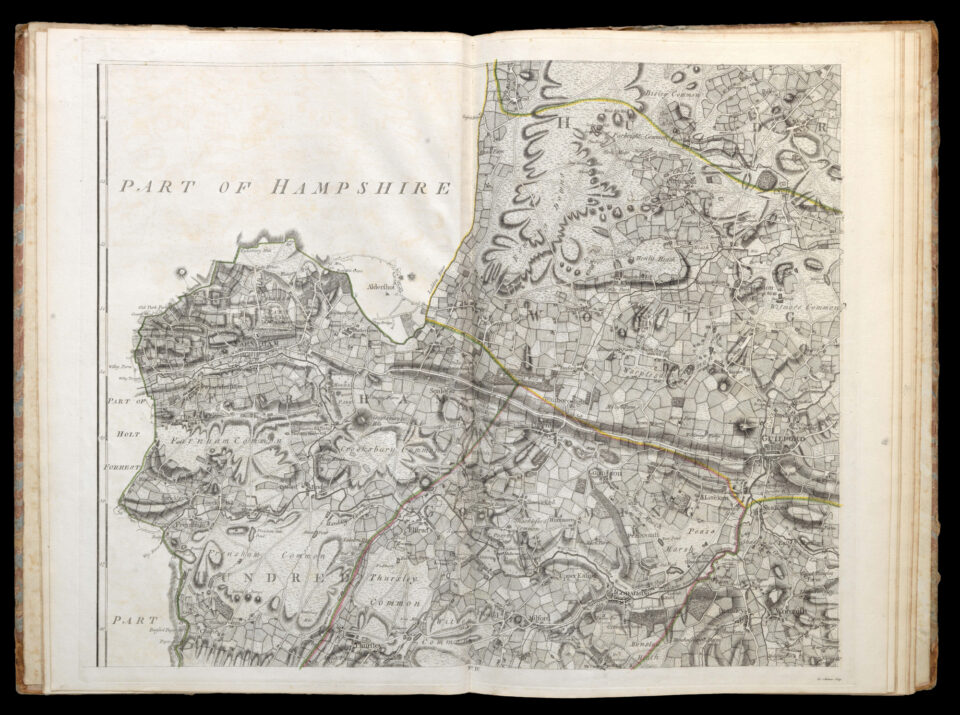 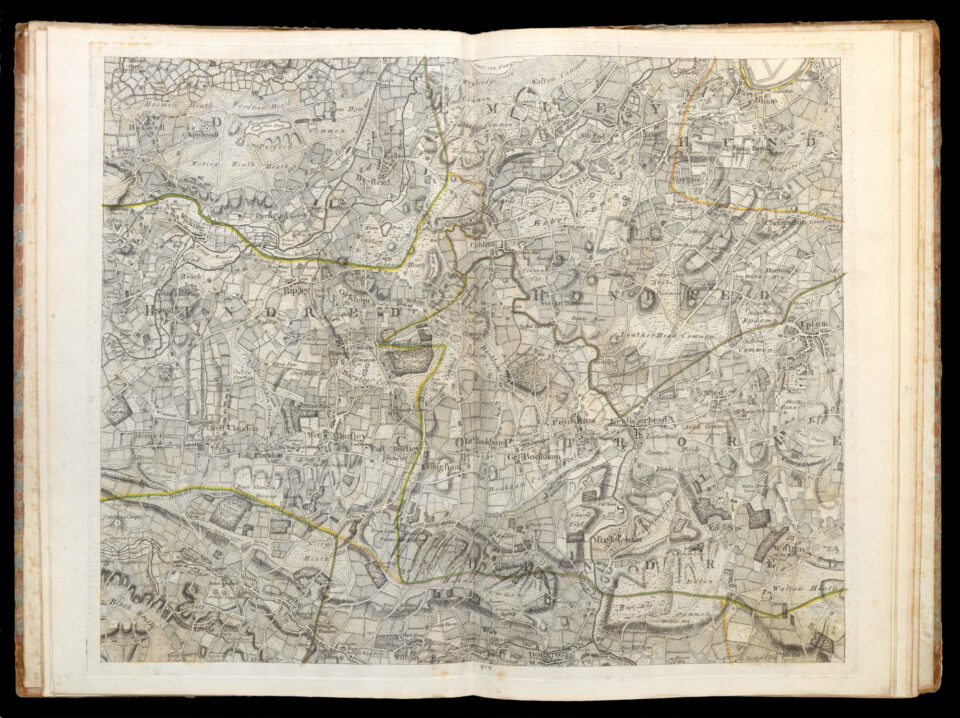 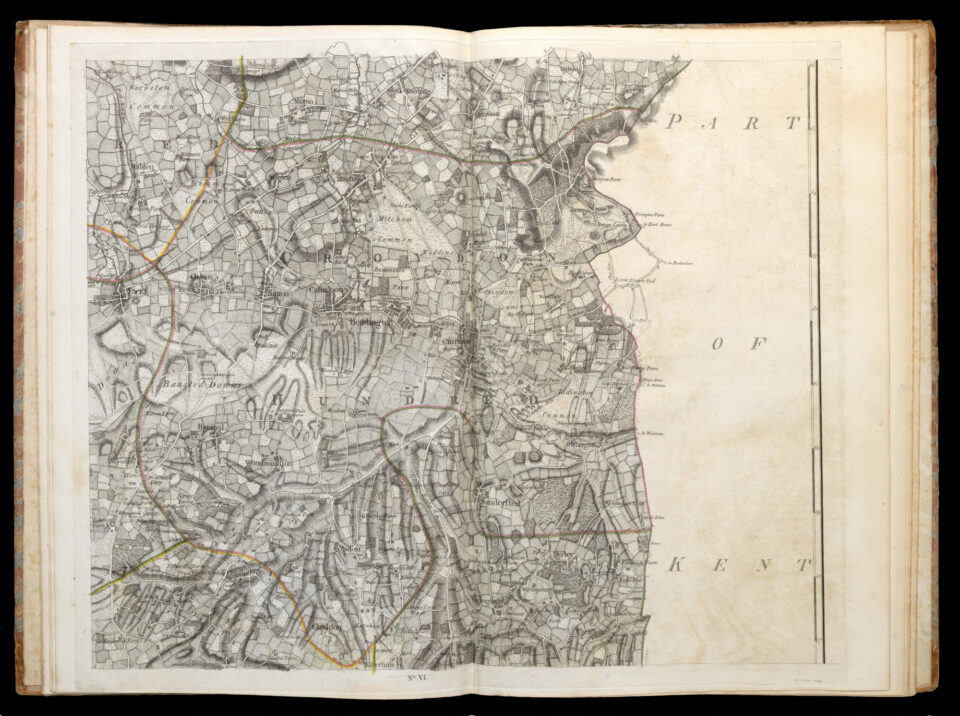 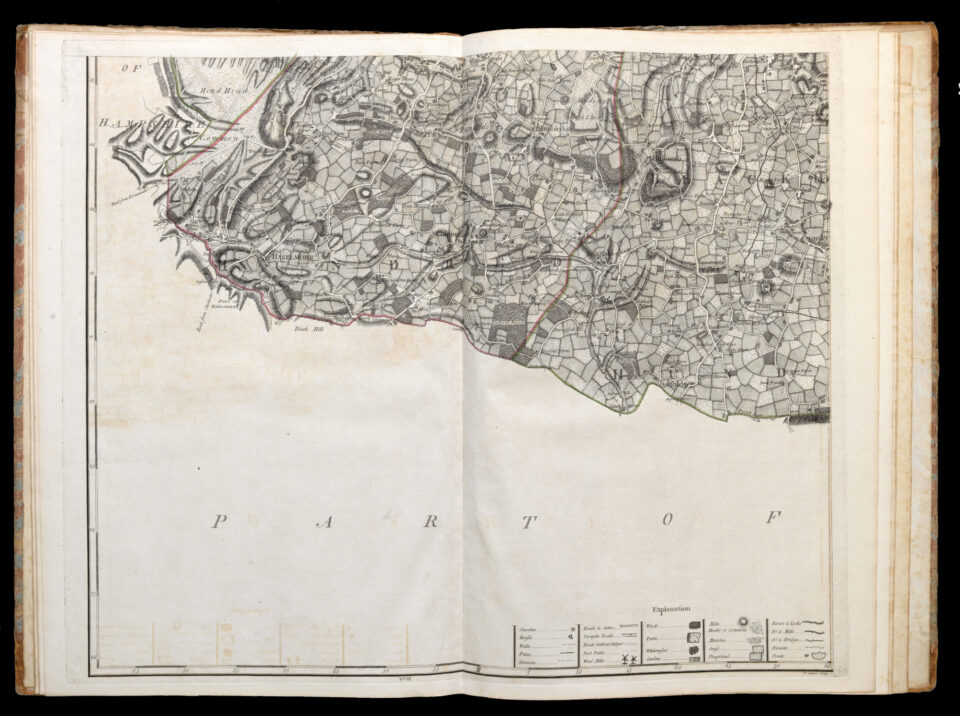 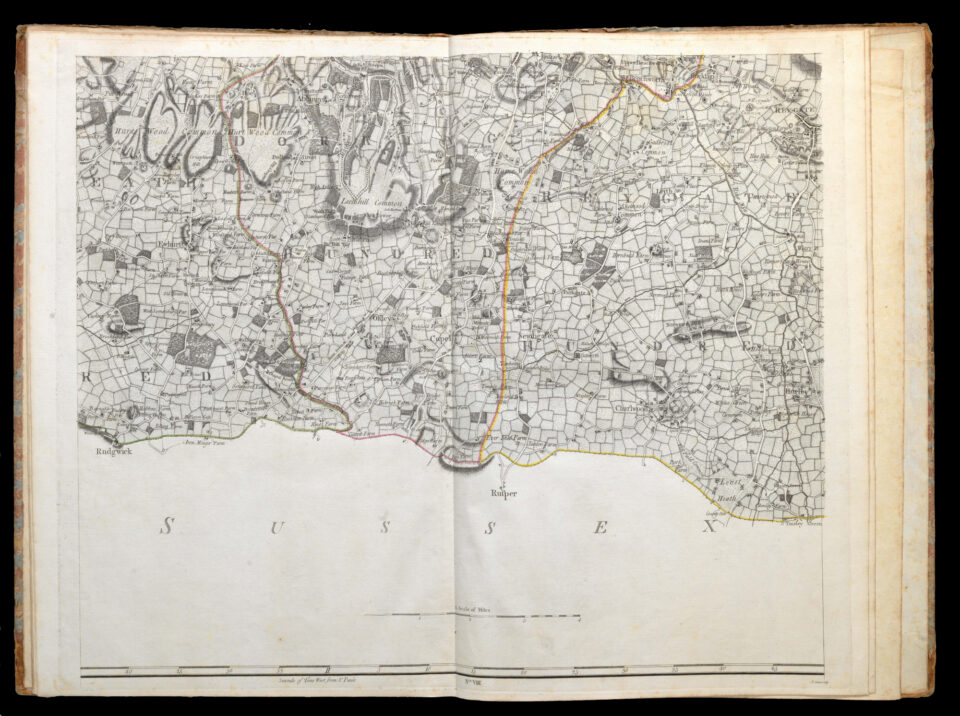 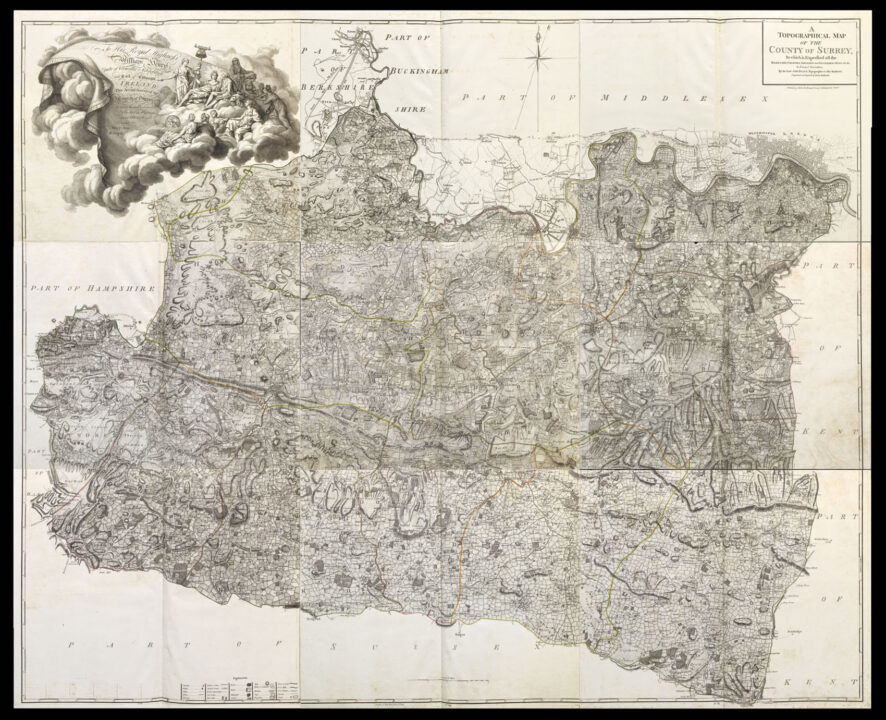 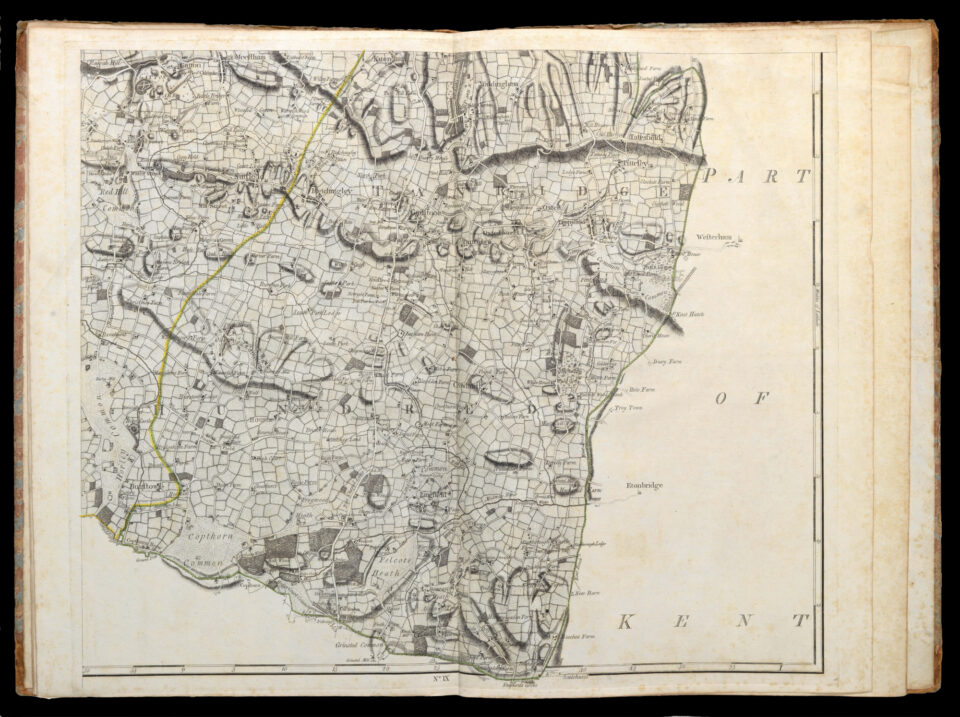 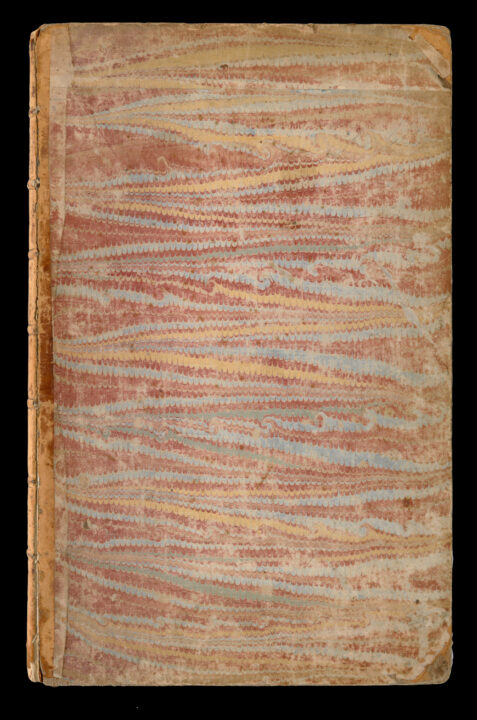