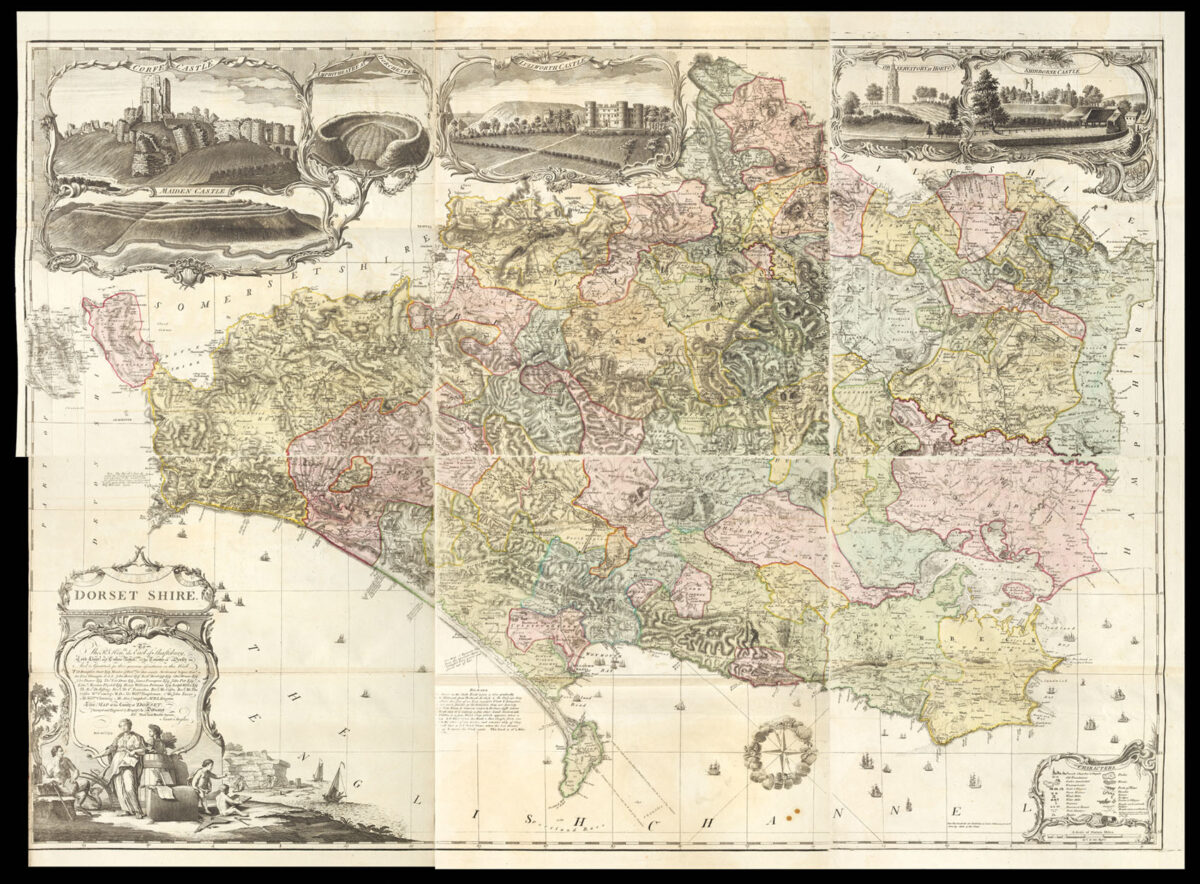 The first large-scale map of Dorset

Isaac Taylor was born in Worcester in 1730 and earned an early reputation as a surveyor of both county maps and city plans. His style was easily recognisable and gave particular emphasis to the hills on his county maps; Herefordshire 1754, Hampshire 1759, Dorset 1765, Worcestershire 1772, and Gloucestershire 1777. It is surprising that Taylor, like Rocque and Jefferys, was not successful in gaining the approval of the Society of Arts who appeared to favour the amateur surveyors rather than the professional mapmakers, Nearly all the awards went to applicants who produced just one or two maps rather than men like Taylor and Jefferys who between them published fifteen fine large-scale map, accurately surveyed and well engraved and in some instances more competent than most of those that were recognised by the Society.

The title and dedication cartouches on the Dorset map are combined in a large decorative title-piece taking up most of the bottom left-hand sheet. Although the map is mainly dedicated to the Earl of Shaftesbury, Lord Lieutenant of Dorset, Taylor also includes the names of twenty-three local gentlemen ​“in Gratitude for their generous assistance in this Work”. The corner of the bottom right-hand sheet contains the ​“list of Characters” giving the symbols for ​“Parish Churches and Chapels, Old Foundations, demolished Castles and Encampments, Seats and Houses, Harm-Houses, Windmills and Water Mills, Beacons, Barrows and Tumuli, Stone Quarrys. Battles, Parks and Woods, Brooks, Rivers and Bridges, Towns and Villages, and Roads enclosed and open” The two sheets that include coastal areas refer to the stranding of many vessels and a long engraved note, just off Weymouth, refers to the ​“Chesil Bank, where The Stones at Portland are about the size of an Egg, opposite Fleet and Langston they are much smaller; at Beckingston they are scarcely bigger than Pease, and between Swyre and Barton-cliffe where the Bank ends it is entirely a fine clear Sand” The legend goes on to remark about composition of the soil — a firm clay — beneath the pebbles. A large part of the top three sheets is occupied by six topographical views within the county — Corfe Castle, Maiden Castle, The Amphitheatre at Dorchester, Lulworth Castle, the Observatory at Horton and Sherborne Castle.

Taylor’s map was acknowledged as an outstanding piece of work at the time, and was the first map to be put forward for the prestigious Society of Arts Award, just ahead of Donn’s Devon. Despite tremendous efforts, however, to win the coveted prize it was unsuccessful, due to the slight inaccuracy of its place names, which proved unacceptable to some of the local gentry. Even so it is a paricularly rare map, with the present copy in fantastic condition with full original colour.

From the library of the renowned bibliophile Anthony Hobson (1921–2014). 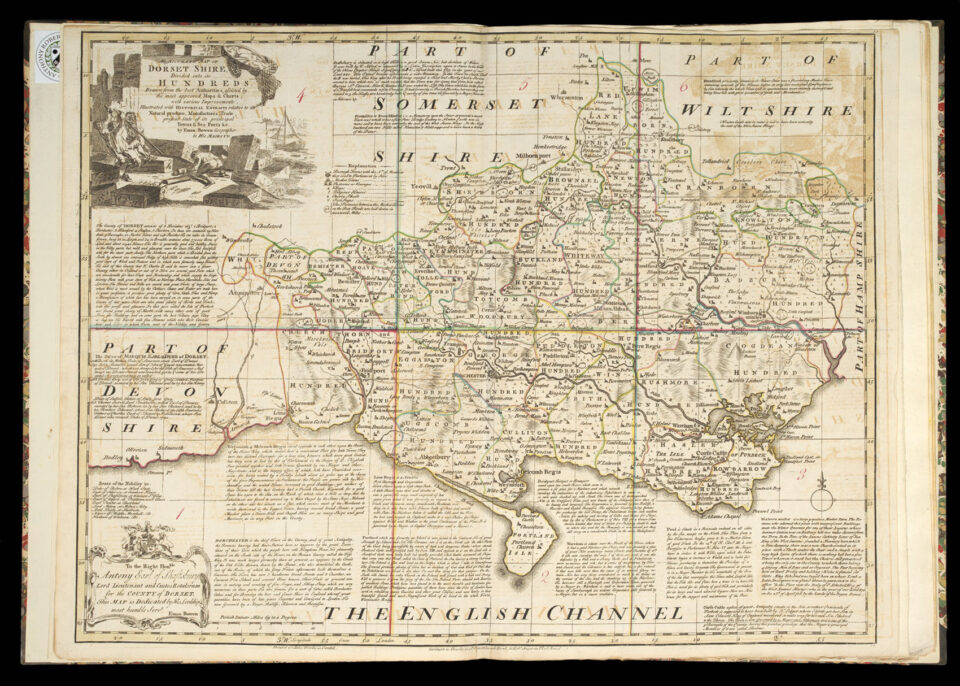 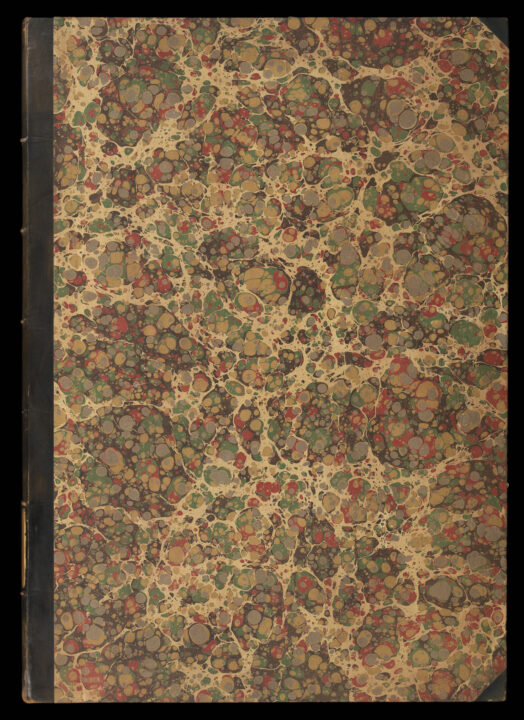