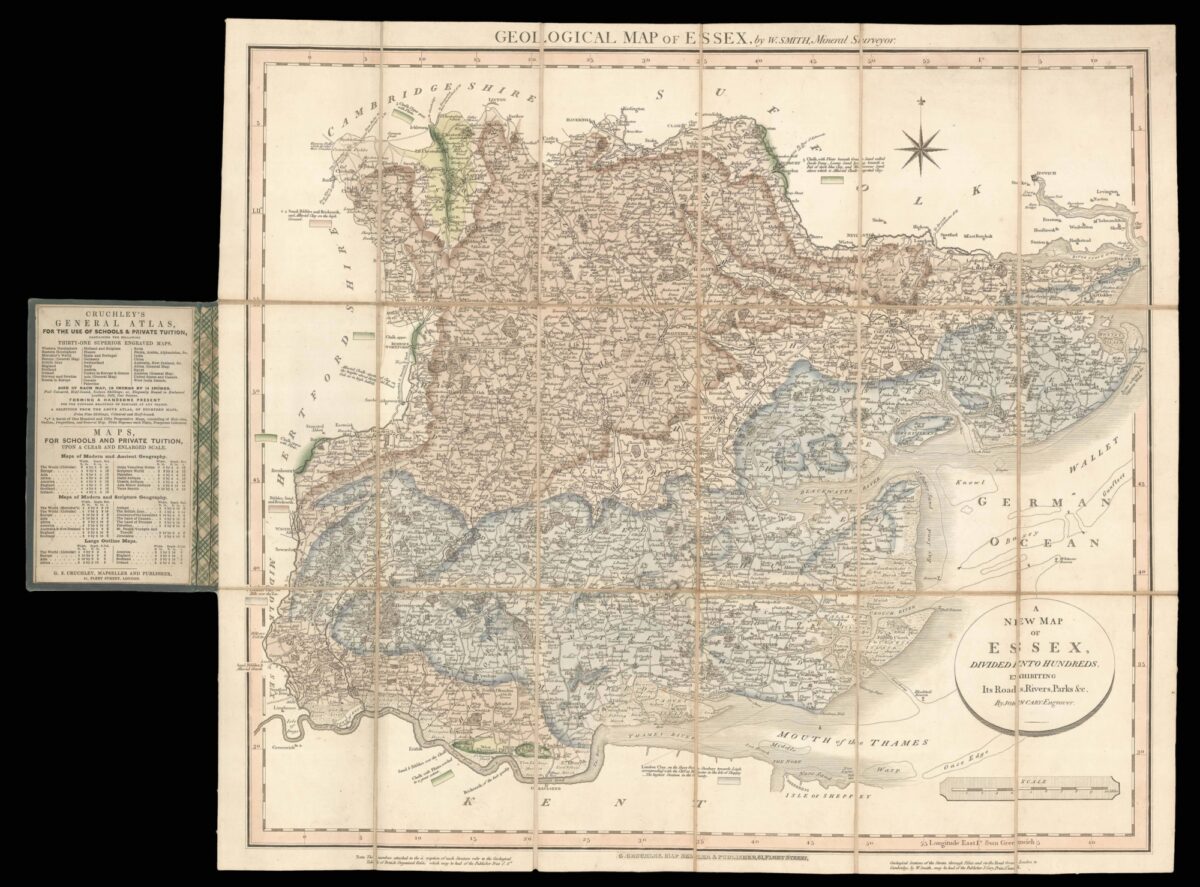 The first geological map of Essex

This geological map of Essex was made by William Smith as part of his series of county maps, each separately issued, which were the first detailed geological maps of specific areas. These individual maps are extremely rare on the market. In 1815, Smith had produced the first geological map of England and Wales, which contained ​“an amazing amount of correct detail” (DSB) and was the basis for all the geological maps that followed. In 1819 he began the publication of a geological atlas of England and Wales. Published in parts over five years, it remained unfinished, and contains 21 maps of various English counties. The map of Essex appeared in the third part (1820), and was also issued separately, as here. His county maps are based on those of John Cary, with geological data added from Smith’s own surveys. They are headed ​‘By W. Smith, Mineral Surveyor.’ and the title above appears in the upper margin; another title is given in a circular tablet in the lower left corner: ​“A New Map of Essex, divided into hundreds, exhibiting Its Roads, Rivers, Parks &c. By John Cary, Engraver.“

Smith’s survey of Essex reveals the county’s vast stores of clay, interspersed with chalk deposits. Some additional details are noted beside individual keys, for example, he describes the sedimentary layers along the border with Suffolk, identifies the Southern region as ​“the highest stratum in the County” and explains that the chalk in Thurrock had been ​“worked to a great extent”. Along the lower border of the map, a note explains that the numbers used to describe each Stratum ​“refer to the Geological Table of British Organised Fossils, which may be had of the Publisher Price 1 s[hilling]”. Coincidentally, this work was also one of Smith’s. His self-promotion continues with another note on the opposite side, advertising ​“Geological Sections of the Strata through Essex on the Road from London to Cambridge, by W. Smith”. The compass is found in the upper right corner and the scale in the lower, while the decorative border also contains the lines of longitude and latitude.

Although originally published by Cary, this map was issued by George Cruchley, who purchased the plates from Cary’s sons after his death in 1836. Cruchley promoted his maps as a cheaper alternative to an expensive Ordnance or Cary map, his slogan being ​“Half the Scale, Half the Price”. The inside label on the covering of this map suggests that it would make ​“a handsome present for the younger branches of families at any season”. Map publishers and sellers such as Cruchley were central to the shift in cartography that occurred during the nineteenth century, by which maps were no longer the exclusive preserve of the wealthy and education, but became more widely available to the public. There are no records of another example of this map being sold on the market. 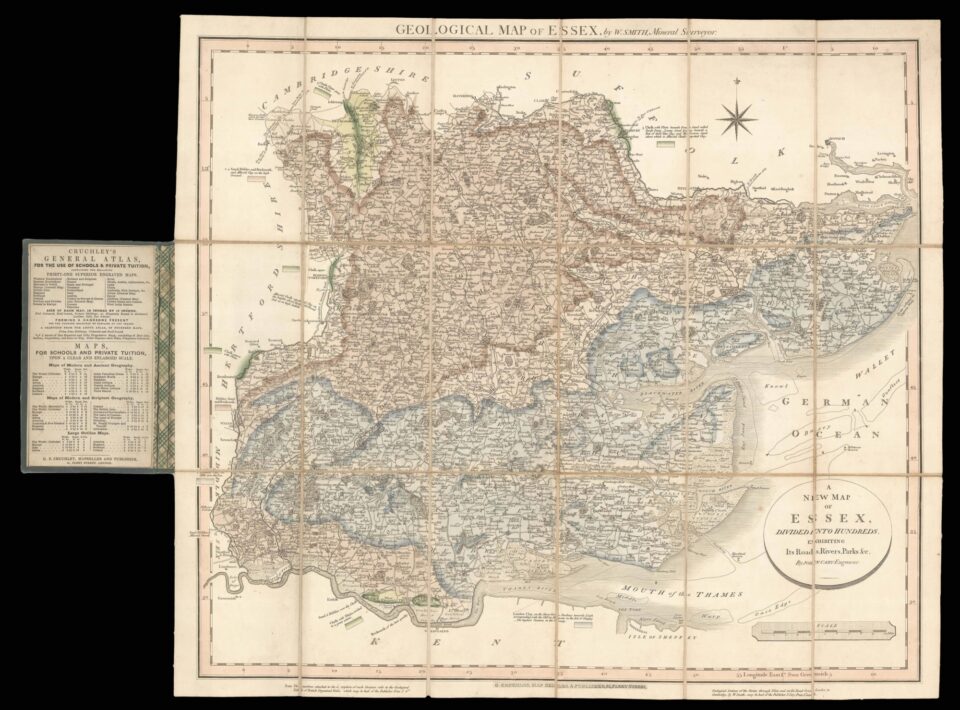