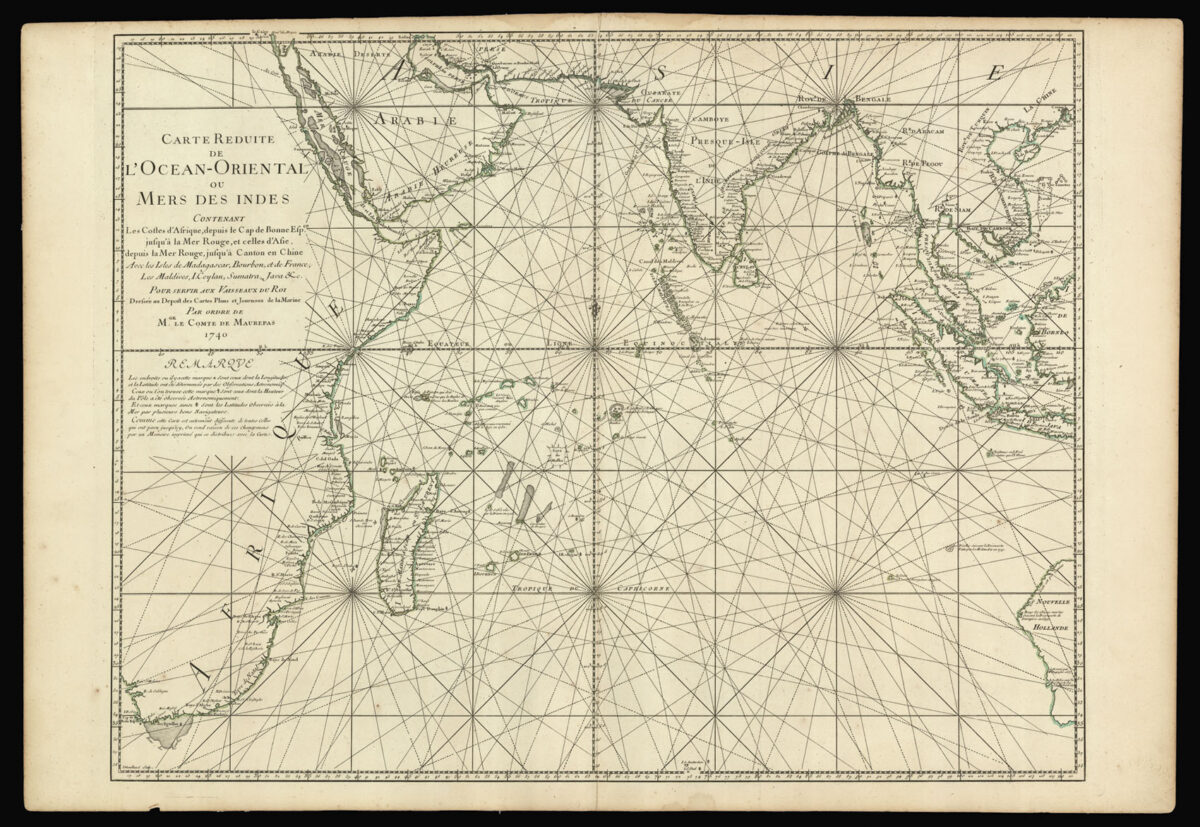 The first edition of Bellin’s chart of the Indian Ocean

A chart of the Indian Ocean.

There was considerable French interest in the Indian Ocean: from 1735 there were French efforts to completely colonise Mauritius, La Réunion and and the Seychelles. Two years after the map was published the Compagnie Perpétuelle des Indes would make a bid for greater control in India. Madagascar was of interest as a centre of piracy.

The chart was issued separately and as part of Jean de Beaurain’s ​‘Atlas geographique’.