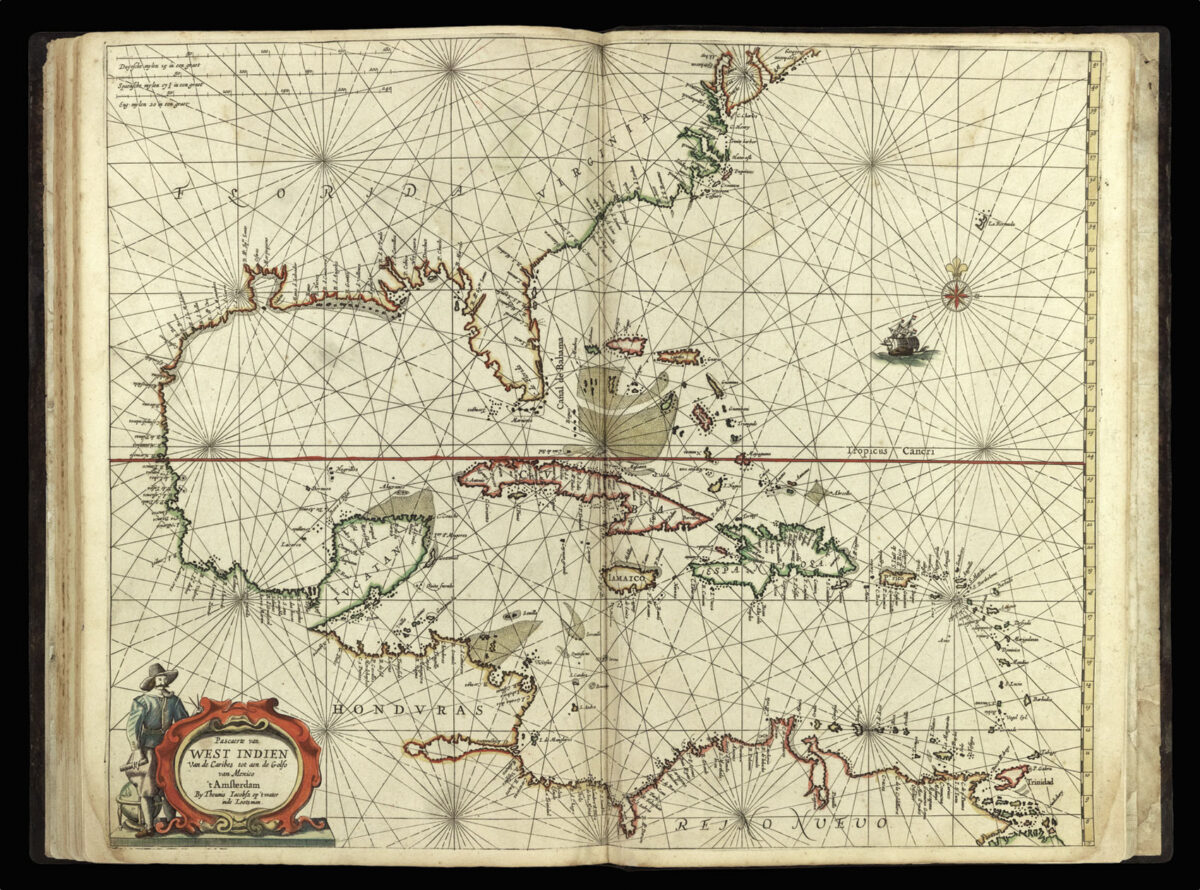 The ​“first Dutch sea chart of the new Netherlands”

A rare and early collection of charts and maps by Blaeu, Dankerts, de Wit, and Theunis Jacobsz.

This unrecorded atlas – assembled sometime around 1654 – contains 32 rare maps and sea charts, of which 16 are by William Janszoon and Joan Blaeu, and depict parts of north-west Europe; eight are by Frederick de Wit, of which one is a map of the Netherlands, and seven are charts covering the northern, western and Mediterranean navigations; three are by Cornelis Dankerts depicting the rivers Rhine, Danube, and Elbe; and five are charts by Theunis Jacobsz depicting the seas, coasts and islands of parts of Africa, North America, South America, and the Carribean.

For ease of discussion the atlas can be broken down into two parts. The first 20 maps constitute a northern European land atlas; the second 12 charts a sea atlas of European, west African, and eastern American waters.

The most interesting maps in the first part are Danckert’s three river maps. These finely wrought maps are very rare; we have traced only two copies of the Danube map, and one each of the Rhine and Elbe maps, namely at the British Library (missing the Elbe) and in the Ryhiner Collection of the Stadt- und Universiteitsbibliothek Berne (missing the Rhine). We have found none of the three recorded in the collections of separate maps at the University Libraries of Amsterdam and Leiden, and Koeman records no river maps by the Dankerts family in atlases until 1680, when J. Dankerts issued a different map of the Rhine. Various dates have been proposed for the two undated maps, and they may have been reprinted in later years, but the plates and the copies in the present atlas cannot have been produced too many years after the 1647 Danube map. Also of note is De Wit’s rare ​‘Nova XVII Provinciarum’ – only his second published work. The map was originally engraved and published by van Doetecum in 1588. It would later be revised and reprinted by Hendrick Hondius in 1632. De Wit subsequently bought the plate and re-issued it in 1652.

The second ​‘sea atlas’ part contains a group of 12 exceptionally rare charts by de Wit and Theunis Jacobsz. The seven de Wit charts, all dated 1654, are not only his earliest known forays into sea chart publication, but also some of his earliest work. The charts of the North Sea, the Baltic, northern Scandivania, and Spain seem to be based upon charts in Jacobsz’s 1644 ​‘Zee-spiegel’ (Koeman IV, Jac 14: charts 2, 17, 25, 39, 50), although with some alterations. It is possible that the other charts of the Mediterranean and Ireland were also derived from those by Jacobsz, although we have no evidence for this. The five charts by Theunies Jacobsz (one of the west coast of Africa, and four of the eastern coasts of America) are arguably the earliest regional sea charts of the east coast of America, and predate Colom’s sea atlas by several years. They were all produced towards the end of Jacbosz’s life (Jacobsz died in 1650); in fact, Burden suggests that they might have been engraved and issued posthumously as they are not recorded in any of his atlases, nor would they appear in any atlas published by his successors until 1666 (Koeman Jac 1: charts 20, 23, 24, 27, 28). If this is the case then the present atlas, which can be dated to around 1654, would appear to contain the earliest issues of these five charts. The chart of the New Netherlands is of particular note as it is, according to Burden, ​“due the title of the first Dutch sea chart of New Netherlands”.

All the charts and maps discussed above are rare. Koeman does not record any examples of the de Wit charts, nor does he record any of the Jacobsz charts until they appear in his successor’s sea atlas of 1666. We were only able to trace two recorded examples of this group of 12 sea charts: one in the National Maritime Museum, and the other in the Amsterdam University Library.

A full list of the maps and charts is available upon request. 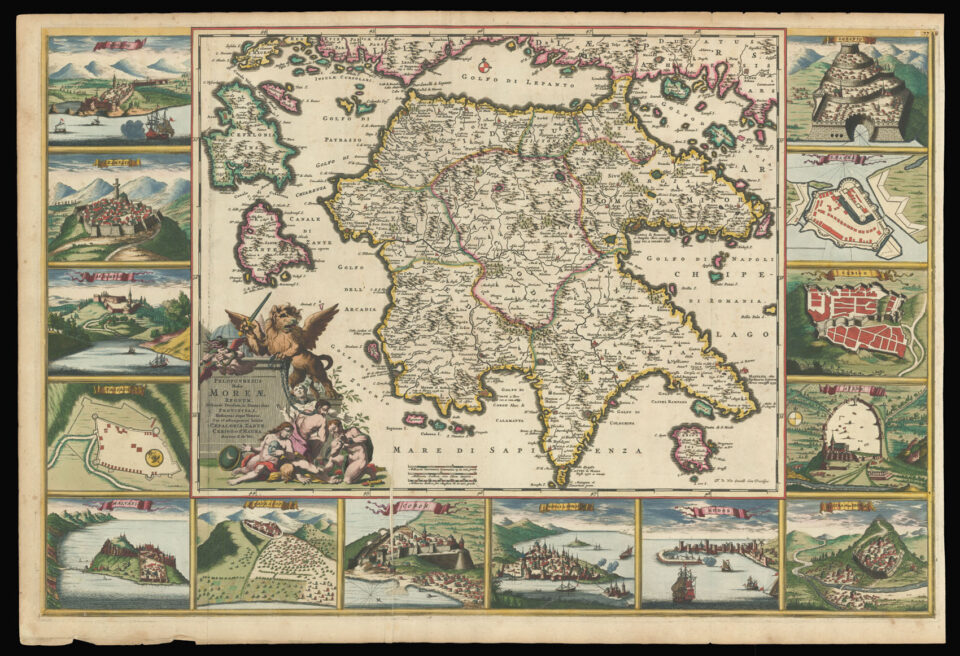