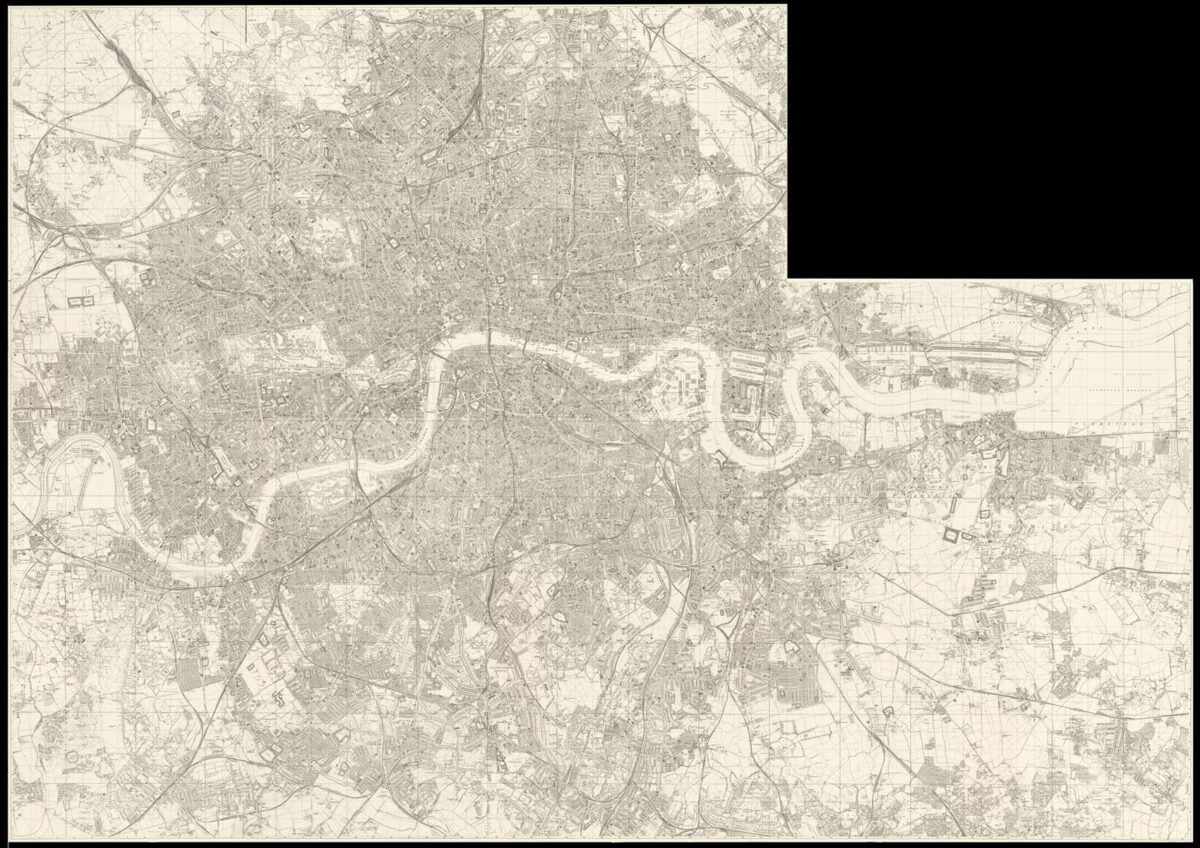 In 1894 the London County Council was given approval to produce a plan displaying all the freeholds in the newly created county, using 25-inch Ordnance plans as the base-map. It also used a variety of sources including plans in the possession of livery companies, paving trusts, docks, railways, and the Middlesex Register. The ​‘Ground Plan of London’, as it was referred to, was finished in 1910. Alongside this Ground Plan was the ​‘Annual Map of London’. Unlike the Ground Plan, the Annual Map was printed and published as a thirty-five sheet map; however, its sale was restricted to county officials. The Annual Map was phased out when the ​‘Municipal Map of London’ began publication. According to Hyde, the ​‘Municipal Map of London’ was first published in 1914; however, the present example is dated 1913.

The London County Council was created in 1889 as the first directly elected local government body for London. It had authority over most local divisions, such as public assistance, housing, health services, education and transport. Post-World War II, it was clear that the LCC could not cope with the demands being put on it, and it was replaced by the Greater London Council, which covered a larger area and had greater resources.