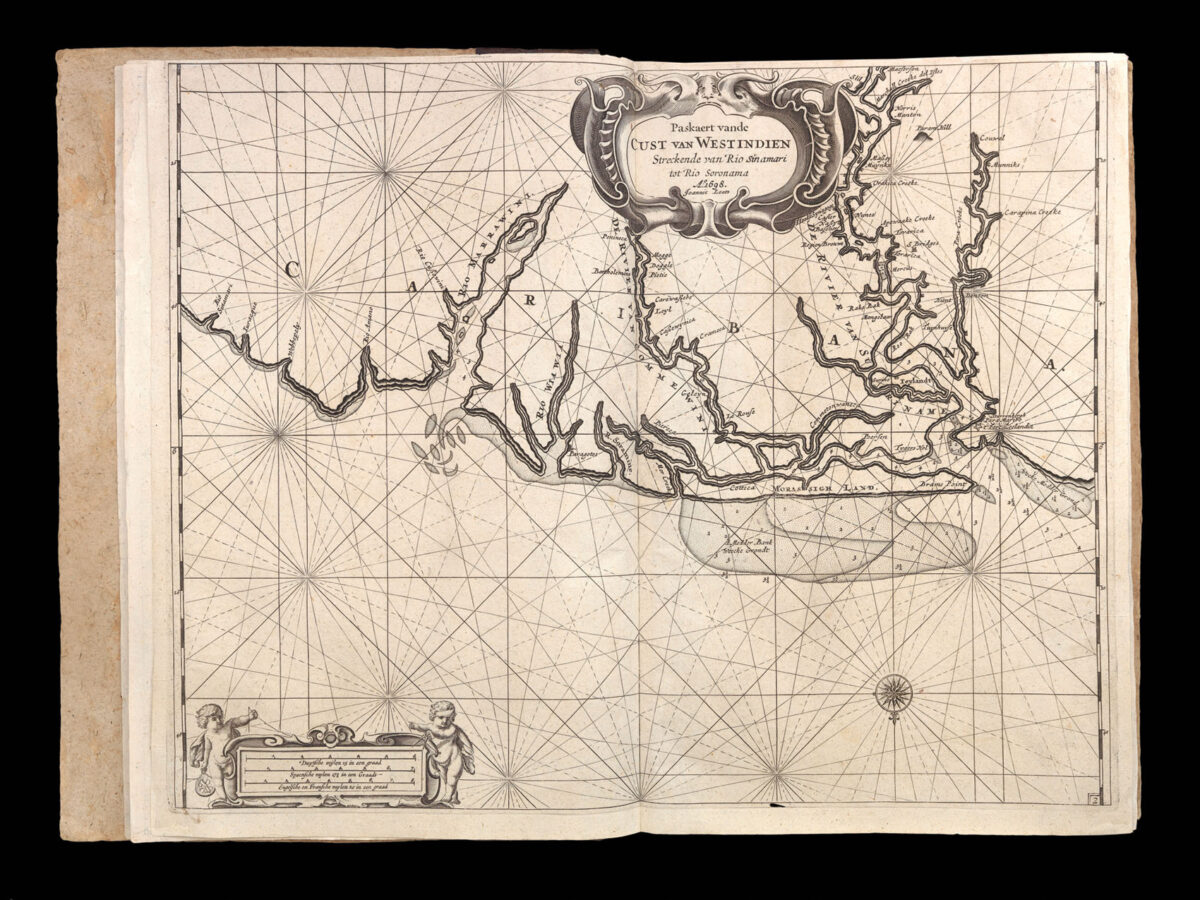 The first detailed sea-chart of the coastline of Surinam

The first detailed sea-chart of the coastline of Surinam and French Guiana, from an unrecorded English language edition of Roggeveen’s ​‘Het Brandende Veen’ or ​‘The Burning Fen’: ​‘The fifth part of the new great sea-mirrour: discovering the west coasts of Africa with the great dial of America…’.