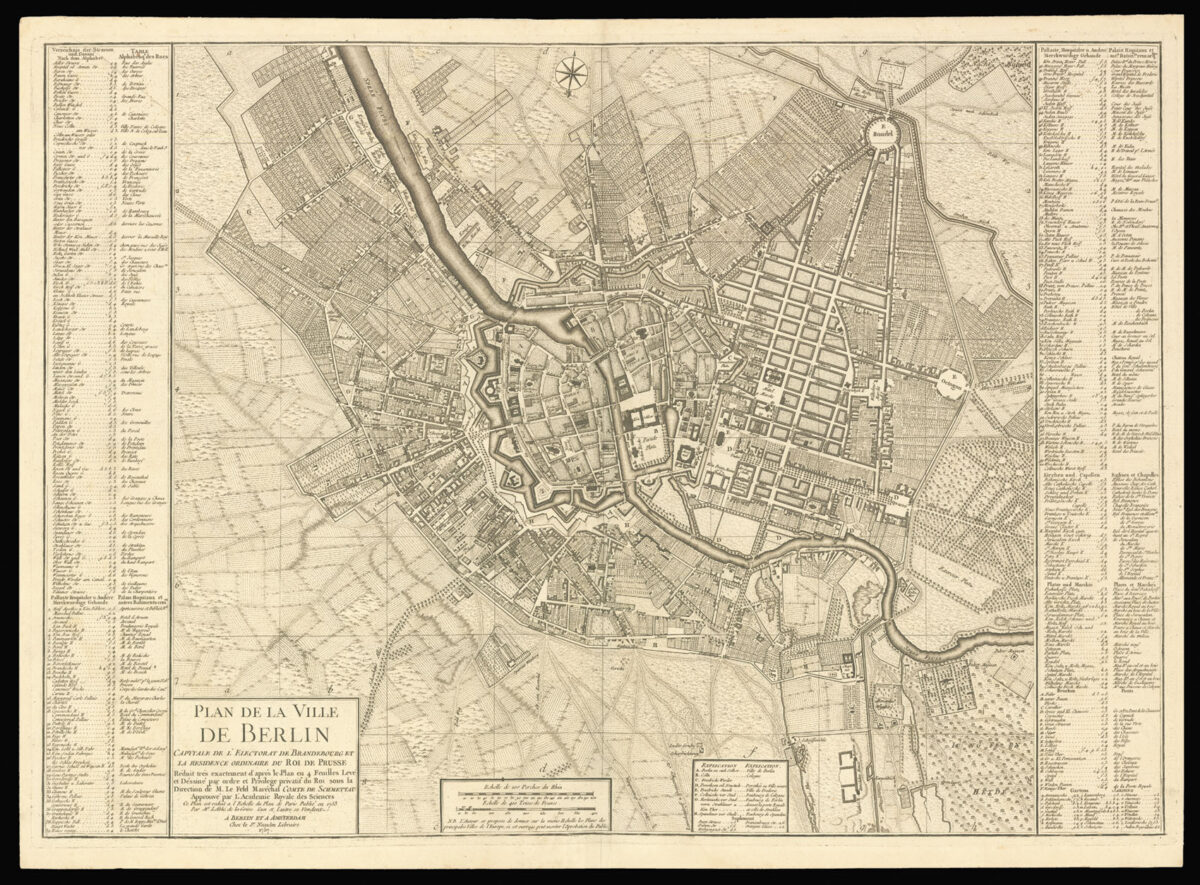 The first detailed plan of Berlin

To the right and left of the plan is a table listing, roads, public buildings, churches and chapels, parade grounds, bridges, and gardens. The present plan is reduced from Schmettau’s plan on four sheets, which he had published as a companion piece (and upon the same scale) to L’Abbé de la Grive’s plan of Paris published in 1740.

Samuel Graf von Schmettau (1684–1751) was a successful soldier in the Prussian army. Schmettau retired from the service in 1742 and spent his remaining years in the service of Emperor Charles VII as ambassador to the French court. He was also a member of the Royal Academy of Sciences in Paris, and a keen surveyor.