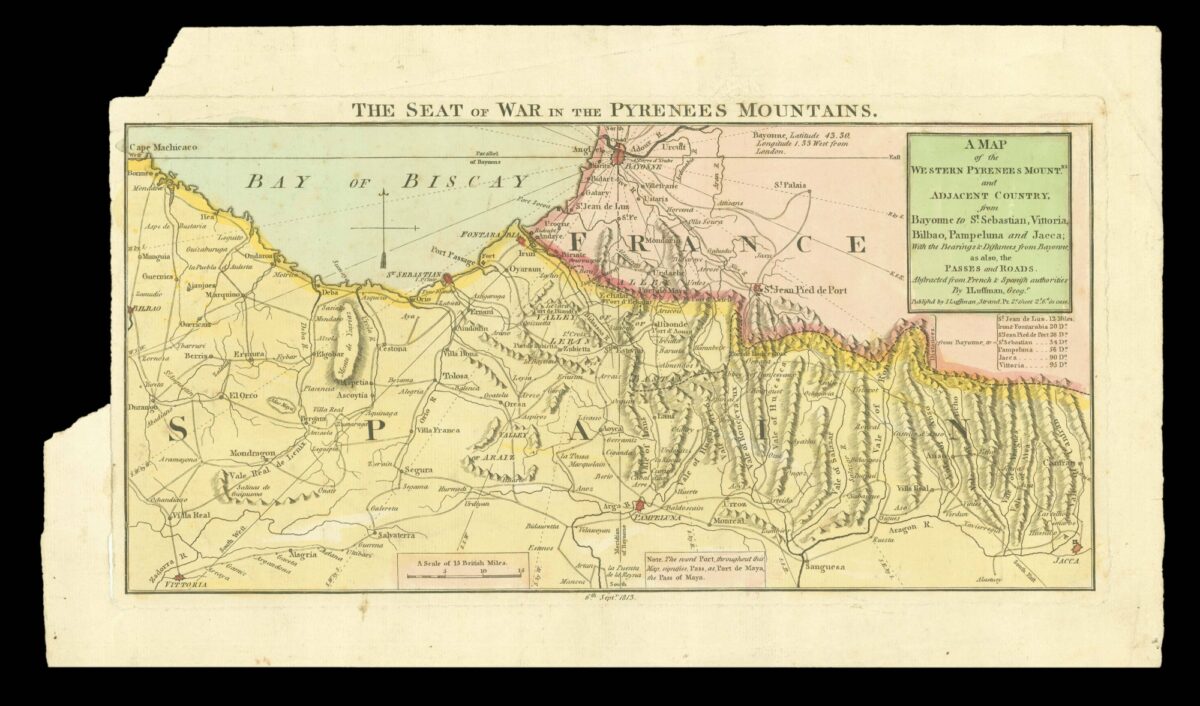 The final phase of the Peninsular War

A Map of the Western Pyrenees Mount[ai]ns and adjacent country, from Bayonne to St. Sebastian, Vittoria, Bilbao, Pameluna, and Jacca; With the Bearings & Distances from Bayonne, as also, the Passes and Roads

John Luffman (1751–1821) was one of the more interesting English publishers of the first decade of the nineteenth century; he began his career as an engraver, trained by John Bayly, a noted map engraver in the Goldsmiths’ Company, producing a fine map of Antigua, where had resided in 1787 and 1789; however, and this was a common fate for engraver-mapmakers, he was declared bankrupt on 9th March, 1793, the bankruptcy certified on 21st December, 1793, and a dividend paid on 1st March, 1794. Although he continued in business, he was more cautious thereafter, restricting himself to producing small format atlases and handy-sized map of the theatres of war, principal towns and cities and battle-plans relating to the Wars of the French directorate and subsequent Napoleonic War.

Having engraved a good number of maps, Luffman later reprinted them as atlases, for example Luffman’s collection, or a geographical & topographical atlas (1815–1816) and Plans of the principal fortresses in the Netherlands and on the French frontier … (1816); the Newberry Library exemplar noted below seems to be from one such composite collection.

This attractive map depicts the final phase of the Peninsular War, in which the Anglo-Portuguese army, commanded by the Duke of Wellington, having fought its way up through Spain, sought to cross the Pyrenees into southern France.