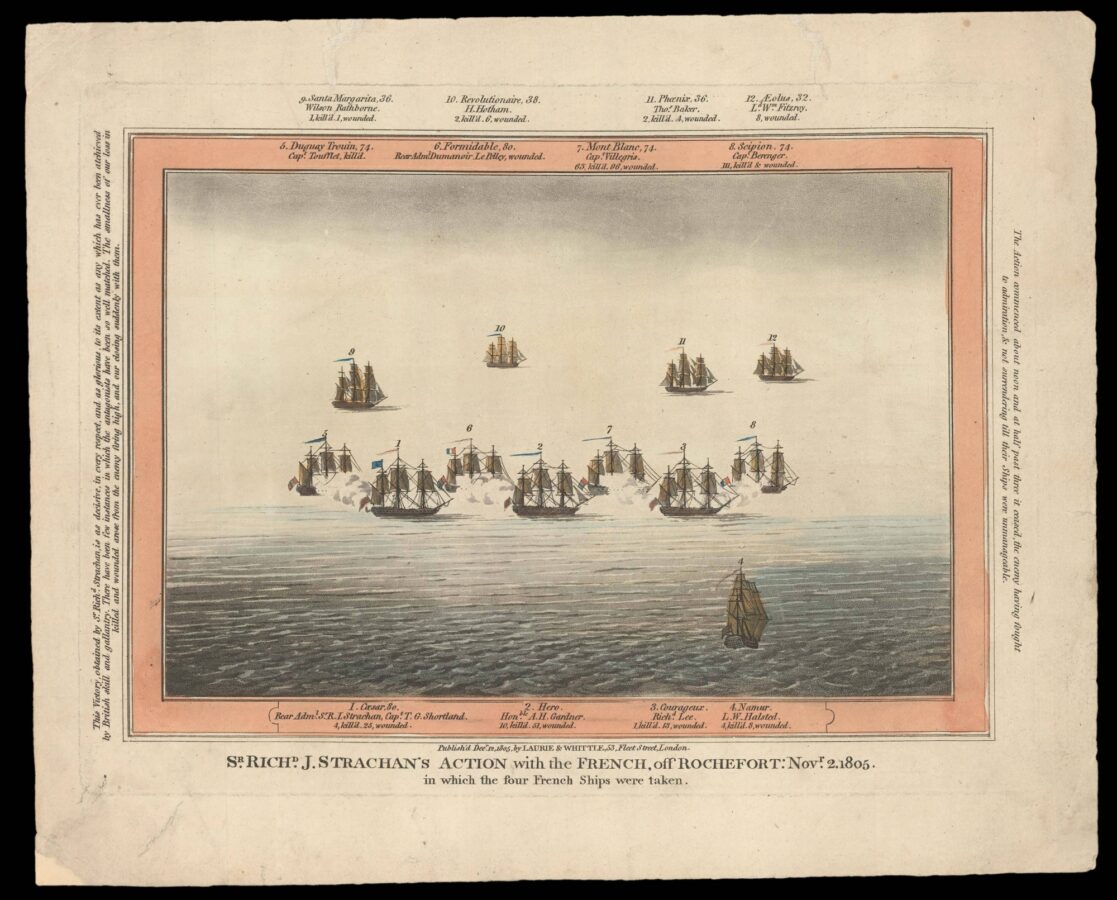 Sr. Richd. J. Strachan’s action with the French, off Rochefort: Novr. 1805 in which the four French ships were taken.

This rapidly published plan depicts the naval Battle of Cape Ortegal fought between four British ships under the command of Sir Richard J. Strachan, and four French ships commanded by Rear Admiral Dumanoir Le Pelley, off Rochefort near La Rochelle on 2nd November 1805. The four French ships depicted turned out to be the four surviving ships of the line of combined Franco-Spanish fleet at the Battle of Trafalgar.

The image of the ships in combat is captioned: ​‘The Action commenced about noon and at half past three it ceased, the enemy having fought to admiration, & not surrendering till their Ships were unmanagable’ … ​‘This Victory, obtained by Sir Richard Strachan, is as decisive, in every respect, and as glorious, to its extent as any which has ever been atchieved by British skill and gallantry. There have been few instances in which the antagonists have been so well matched. The smallness of our loss in killed and wounded arose from the enemy firing high, and our closing suddenly with them’.