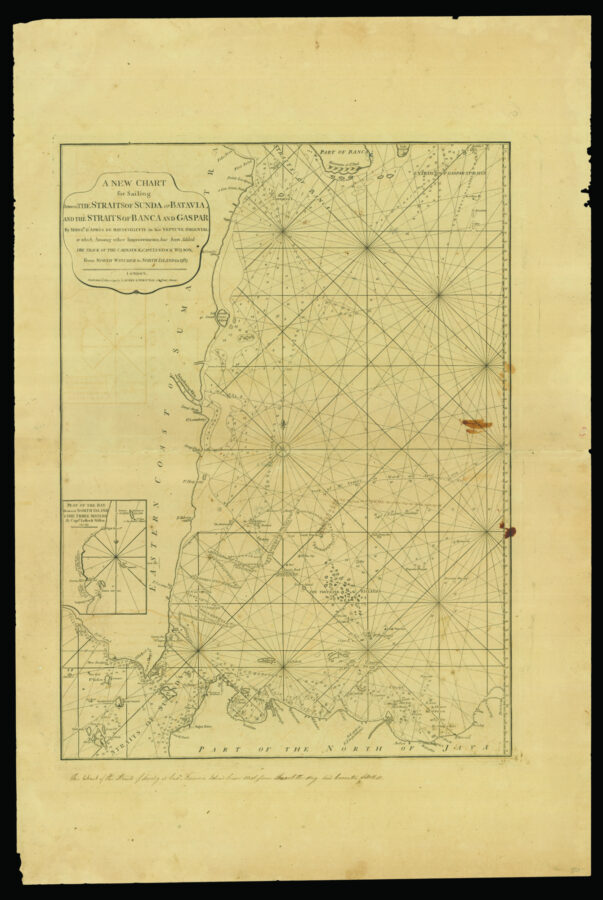 A New Chart for Sailing Between the Straits of Sunda or Batavia and the Straits of Banca and Gaspar by Mons.r D’Apres de Mannevillette in his Neptune Oriental; to which, Among other Improvements, has been Added the Track of the Carnatick, Capt. LeStock Wilson, from North Watcher to North Island in 1787.

Based on D’Apres Mannevillette’s ​‘Carte pour Aller du Detroit de la Sonde ou de Batavia au Detroit de Banca’ (1775), the chart has been updated and is more detailed. An inset, ​‘Plan of the Bay between North Island & the Three Sisters by Capt.n LeStock Wilson’, lower left. The explosive island of ​“Cracatoa” is given prominence in the Sunda Strait. From an early edition of Laurie & Whittle’s rare ​‘East India Pilot’, and one of the first charts published after their purchase of Robert’s Sayer’s business. 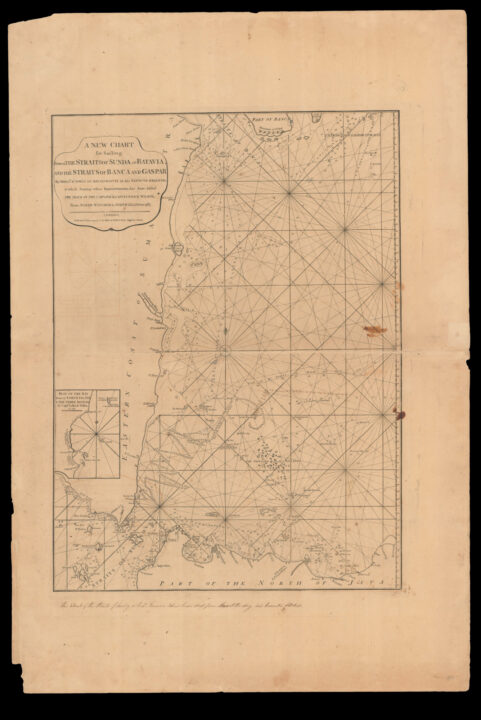 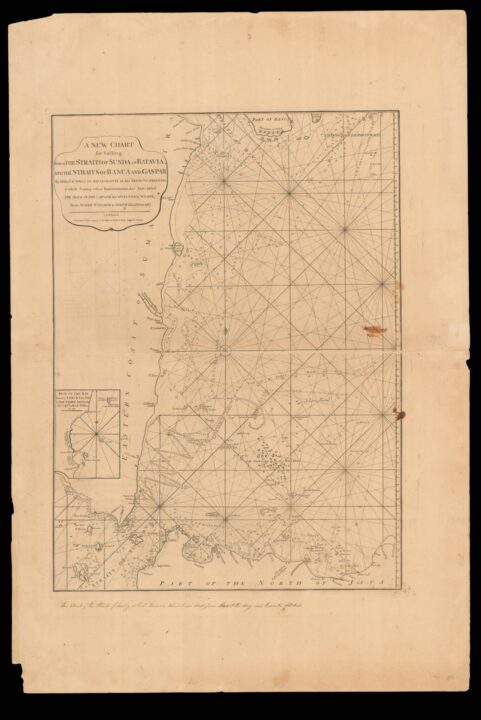 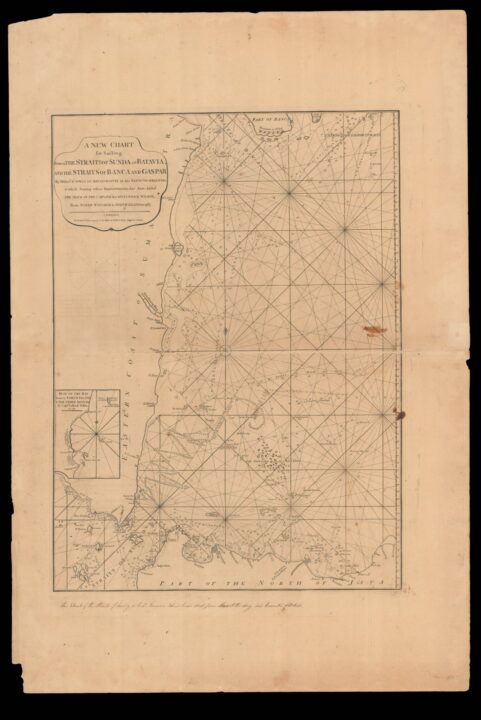