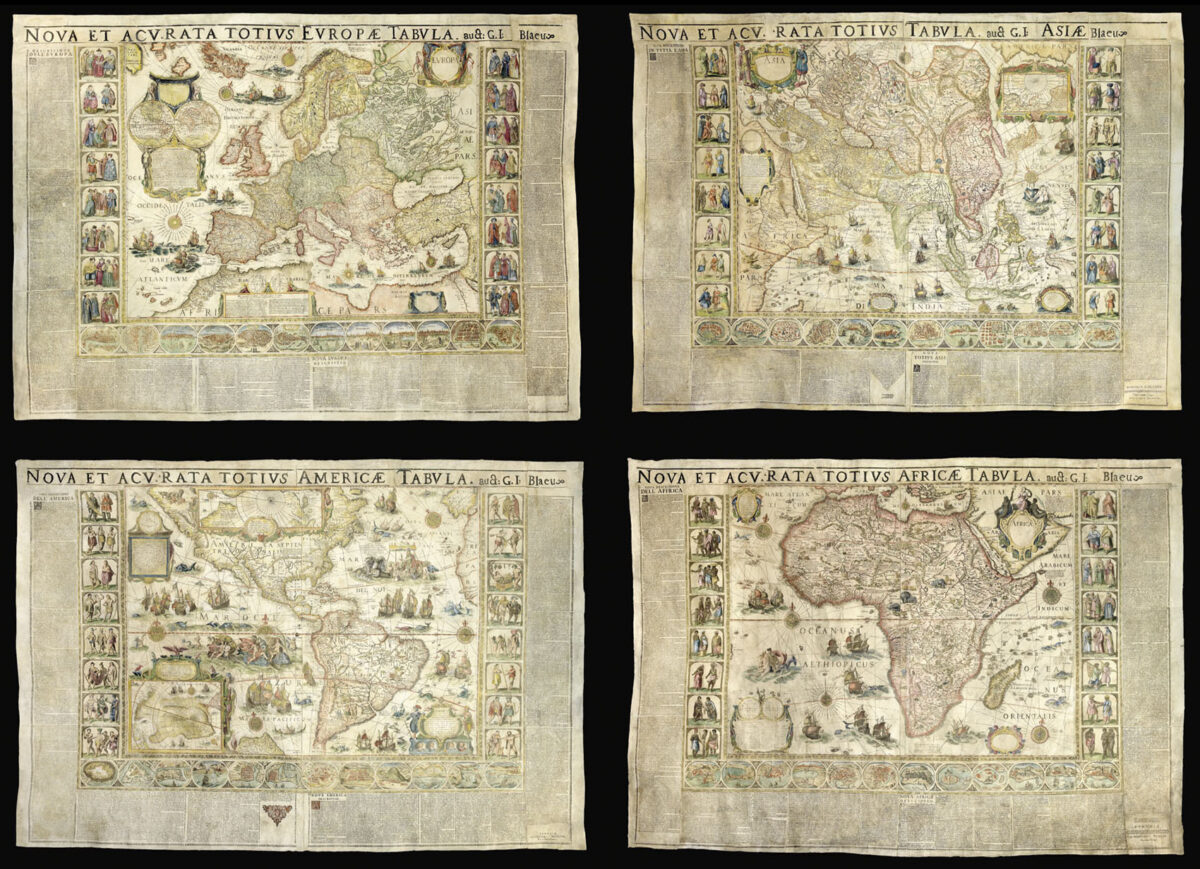 [Set of the maps of the four continents].

The Blaeu set of four wall maps of the known continents represents the pinnacle of Dutch Golden Age decorative cartography. Wall maps occupied a prominent place in Dutch culture, as indicators of affluence and intellectual curiosity, as demonstrated by their appearance in several of Johannes Vermeer’s paintings. The leading scholar and scientist, Constantijn Huygens (1596–1687), remarked how he employed his own set of Blaeu’s wall maps of the continents as a tool to enlighten his children: ​“To encourage them even more, I had the four parts of the world by Willem Blaeu mounted in my entrance hall, where they often played, in order to provide them with a fixed image of the world and its division.“

Blaeu’s depiction of the New World was ​“one of the most influential maps of America ever made” (Burden). He used the voyages of Samuel de Champlain and Pierre Gua de Monts as the basis for the coast of Nova Scotia, while New England is still tentative, presumably reflecting the lack of accurate information from English settlers. The width of South America is exaggerated.

The title cartouche at the lower right is supported by the first Europeans to reach the New World: Christopher Columbus and Amerigo Vespucci. Below are portrait medallions of four contemporary circumnavigators: Ferdinand Magellan, Sir Francis Drake, Sir Thomas Cavendish, and Olivier Van Noort. To the left, the King of Spain rides over the Atlantic followed by a procession of marine gods on the way to visit Spanish colonies.

Blaeu drew on the cartography of Abraham Ortelius for northern Africa, other Dutch sources for regions south of Sierra Leone, and work by the Portuguese cartographer Sebastião Lopes for the rest of the continent. Blaeu’s wall map ​“seems to have been an original work, independent of the maps in [Blaeu’s] atlas” (Denuce). The imaginary Lake Niger is shown as the source of the river of the same name, which combines with the River Senegal. The swathes of land unknown to Europeans in the heart of the continent is based on Ptolemaic maps, including the mythical Mountains of the Moon, and Ortelius’s maps of the territory of the legendary Christian kingdom of Prester John.

Blaeu had a distinct advantage when mapping Asia: access to the collections of the Dutch East India Company (VOC) and of Petrus Plancius, who, by way of espionage, acquired manuscripts from Bartolemeo de Lasso in Lisbon. Sri Lanka and the Maldives are derived from Linschoten and Java and Bali show advanced information from Willem Lodewijkszs map during his recent voyage with de Houtman. Japan is derived from Ortelius’s 1595 map. The mythical Strait of Anian, the gateway to the Northwest Passage, appears in the northeast, as does the legendary ruler the Great Cham in his capital in China.

Novaya Zemyla in the Arctic reflects the recent voyages of Willem Barentsz in his attempt to find a Northeast Passage. A diagram accompanied by text on the left side of the Asia map explain how a user would be able to calculate the distance between two points on the map with a compass, demonstrating both its practical use as well as decorative value.

The large cartouche features Hessel Gerritsz’s double-hemispheric map, surmounted by the arms of the city of Amsterdam, a reference to Blaeu’s official privileges. It explains Blaeu’s position on the prime meridian, in which he rejects the magnetic declination method of determining longitude advocated by some of his contemporaries. The continuing difficulties of determining longitude at sea are partly why Blaeu has extended the Mediterranean too far horizontally.

Blaeu mainly draws on the work of Gerard Mercator and Dutch manuscript sources. Blaeu has included the imaginary island Friesland in Scandinavia and misplaced the Frobisher Strait.

Each map is decorated with borders of city views (often based on the views of Braun and Hogenberg) and vignettes showing inhabitants of each continent. They also have an extensive letterpress text attached detailing the geography and history of the areas shown.

Blaeu’s maps were very popular, to the extent that they were pirated in Italy and France. This edition of Blaeu’s maps was engraved by Pietro Todeschi in Bologna in the early 1670s and published in 1673, probably by Giuseppe Longhi (Schilder). Very little is known about Todeschi, but he is known to have re-engraved several maps of Dutch cartographers; Longhi is known to have published a wall map of Italy so would have had the resources to publish the Blaeus.

It is highly unusual for wall maps of this period to survive, especially a complete set. Without the protection of covers, these maps were mounted on canvas and exposed to light, dirt, and other destructive factors.

Schilder records only four complete institutional sets of this Bologna edition of Blaeu’s maps, three of which lack text: Biblioteca Apostolica Vaticana, Vatican City; Royal Geographical Society, London; Società Geografica Italiana, Rome. The only other complete set with text was formerly in the collection of the Koninklijke Hollandsche Lloyd in Amsterdam, and is now in a private collection. 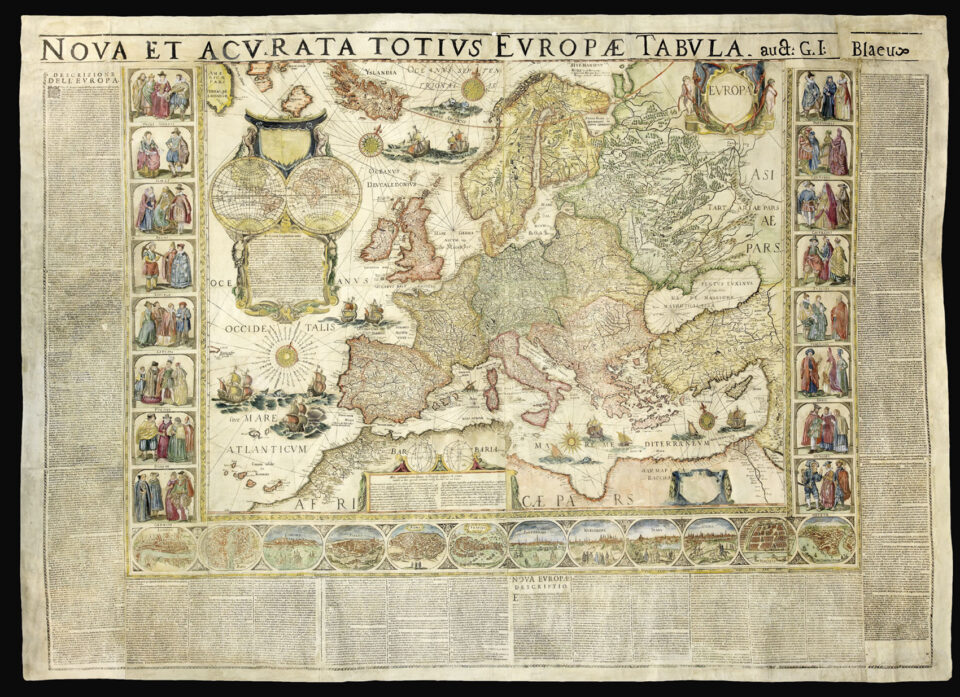 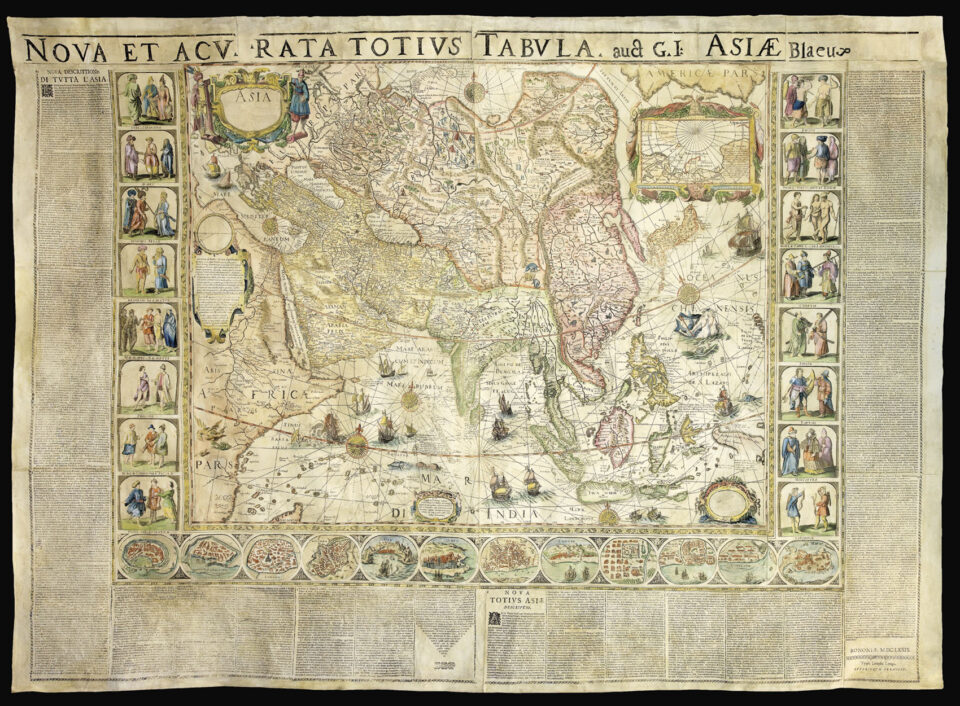 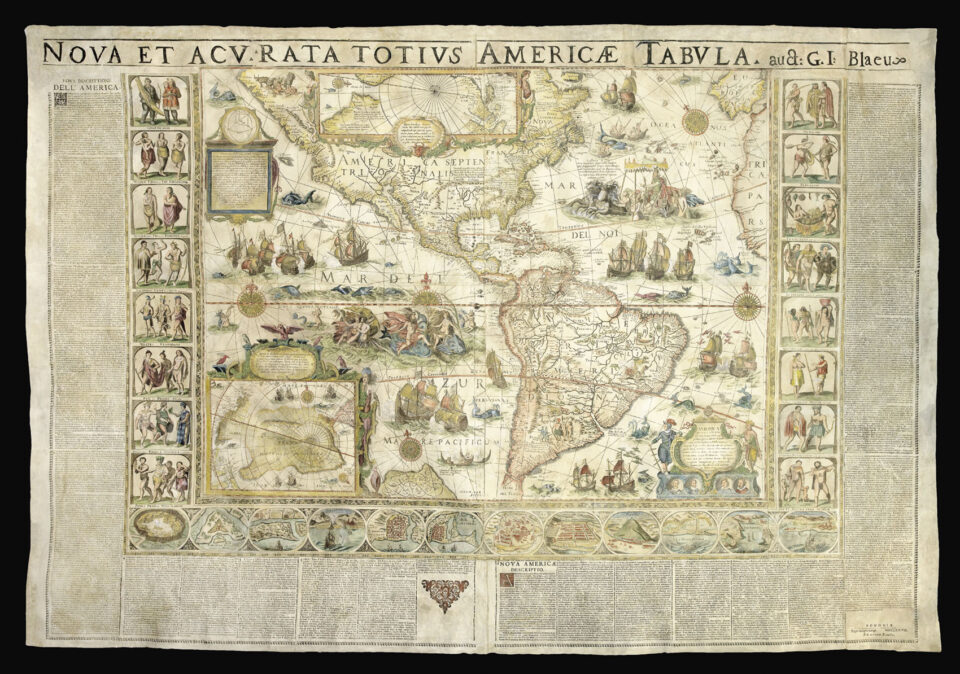 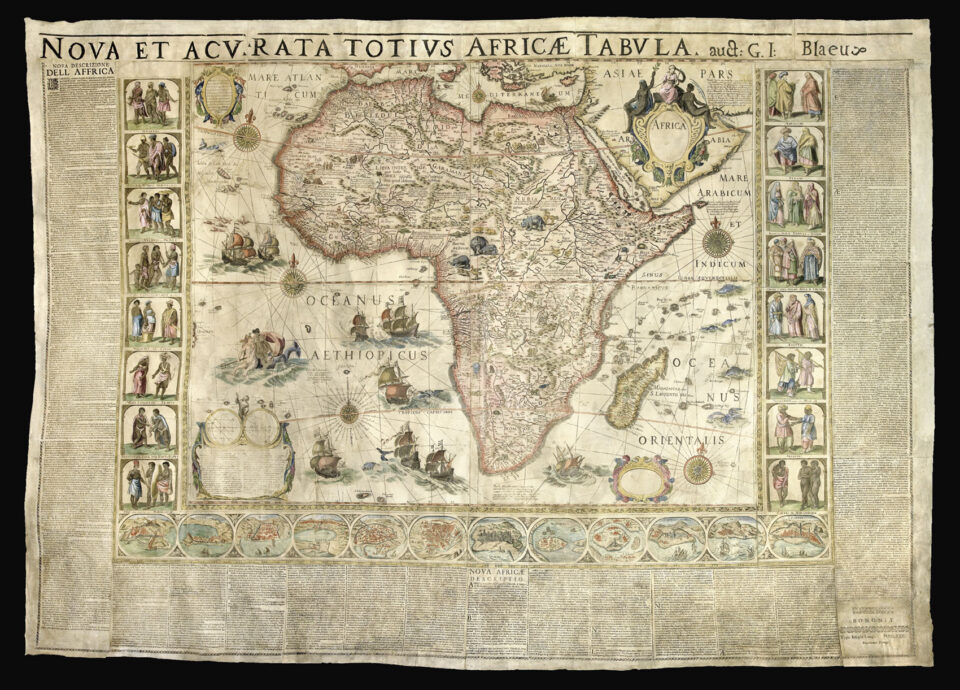 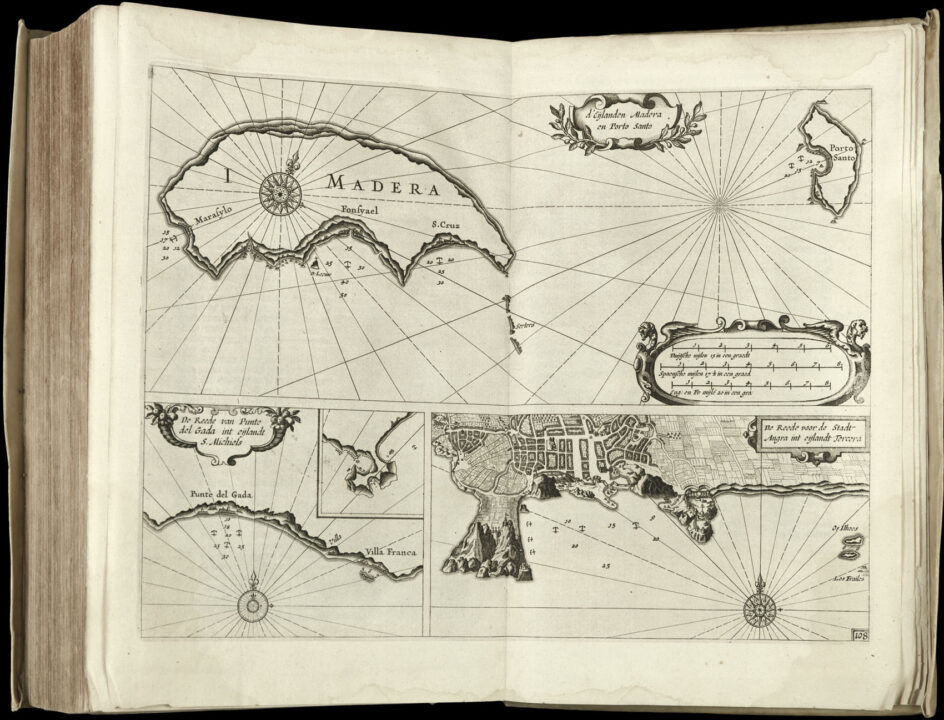